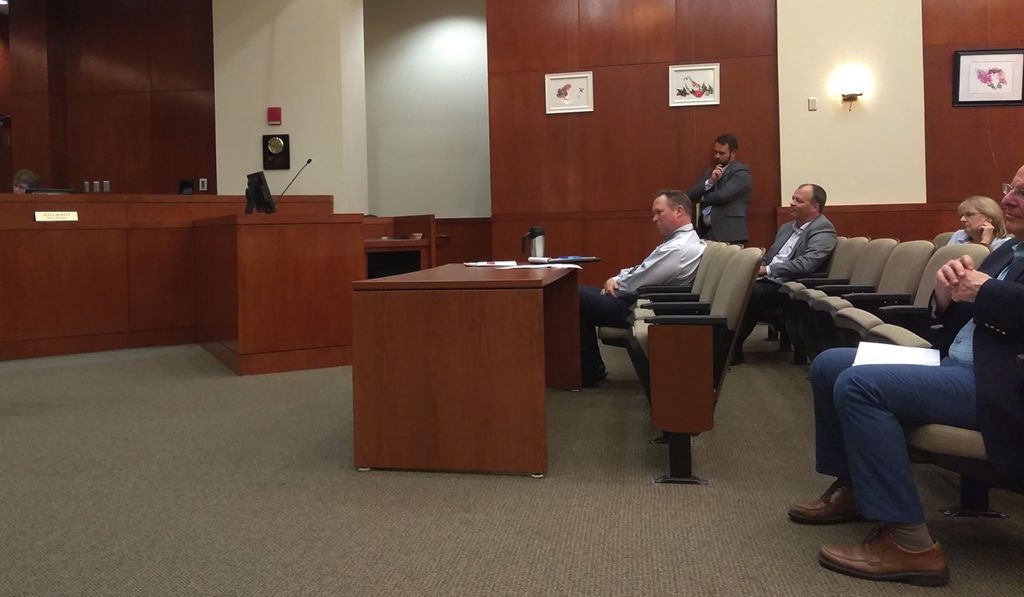 Feeling frustrated, unheard and concerned about a massive project on their city’s eastern doorstep, DeLand city officials are rolling up their sleeves for a possible legal fight over the I-4 Automall.

Since it came to light in January that the mega-dealership project’s backers would annex the 52-acre site along Orange Camp Road into Lake Helen, DeLand officials have been trying to work cooperatively with Lake Helen city staff and representatives of Automall developer Brendan Hurley to make the project more tolerable to nearby DeLand residents.

Many of the city’s concerns were addressed, according to DeLand City Manager Michael Pleus, but important ones remain — not least of all the massing of about a dozen “dealership modules” up to 80 feet tall near DeLand’s gateway.

Mark Watts, an attorney with Cobb Cole representing the developer, made a final offer to DeLand officials April 4, with a plan that addressed many but not all of the city’s concerns — if the city was willing to refrain from any legal challenges, in exchange.

Among other concessions, the offer would have seen the maximum number of dealership modules reduced from 13 to 11, and elimination of a sign made up of large 10-foot-tall letters spelling out “I4 AUTOMALL” at the project’s main entrance along Orange Camp Road.

Accepting the offer would have given the city certainty about what would be developed.

Rejecting it and moving toward legal action, on the other hand, might kill the Automall project — if only because the developer might be loath to wait out months of proceedings. However, killing the Automall would also open up the question of what would be built in its stead on the property, part of which is already zoned for highway-commercial uses, such as large truck-stop-like gas stations.

Faced with two difficult choices, on a recommendation from Pleus and his staff, the DeLand City Commission took the plunge April 9 and, with a unanimous vote, authorized City Attorney Darren Elkind to “file and litigate any appropriate legal or administrative challenges against the City of Lake Helen and I-4 Automall LLC.”

Mayor Bob Apgar personally made the unusually lengthy three-minute-and-12-second motion, which also authorizes Elkind and city staff to continue to negotiate with Lake Helen and the Automall backers.

“We’ve done our best over the last several months to try to work with them … 17 concessions have been made, addressing a lot of their issues, and an additional 15 concessions we would agree to if they would drop their fight against the project,” he said. “We’ve offered to work with them, within reason.”

Yarborough expressed confidence Lake Helen would prevail in any challenges filed regarding the project.