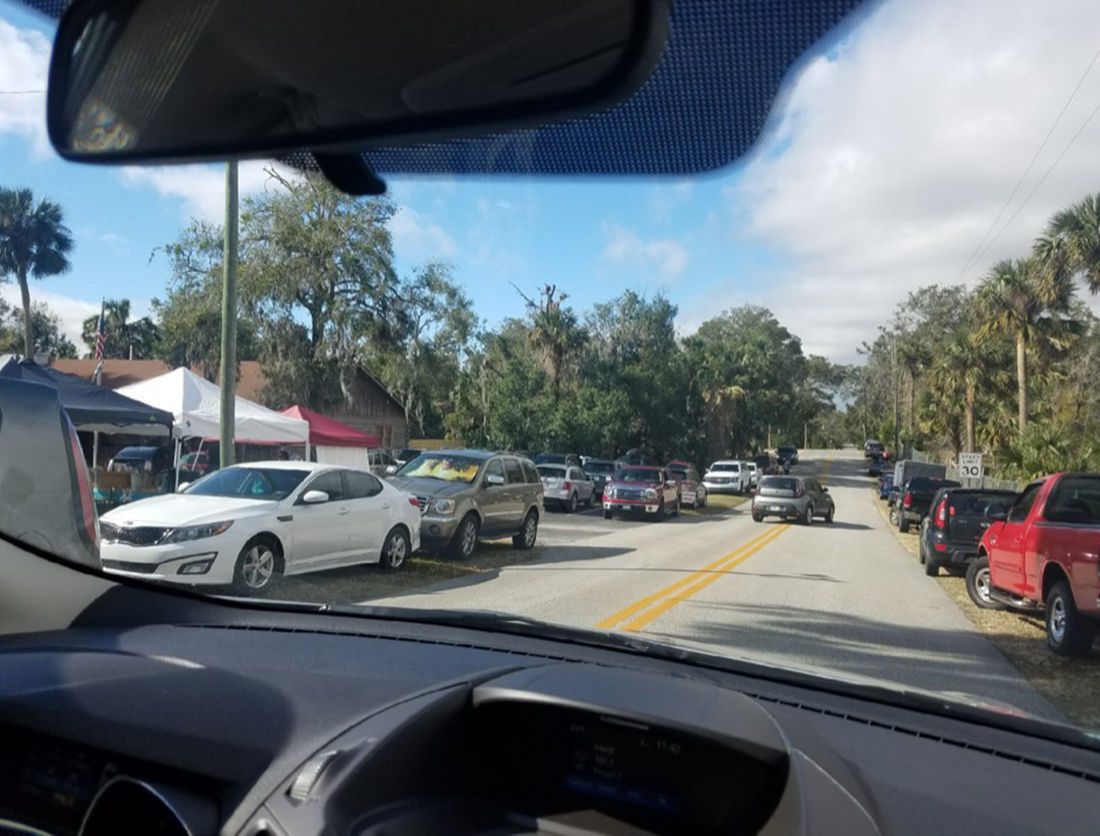 A Saturday-morning open-air market at the Moose Lodge in Orange City is out of business, at least temporarily, because of city officials’ fears about too much traffic and illegal parking around the site.

The closing is effective immediately; there will be no sales on the site this weekend.

“All it takes is for one person to walk out between cars and get hit,” Vice Mayor Bill Crippen said April 10. “A single car parked on the right of way is not acceptable to me.”

The popular weekly event, which began on a trial basis in January, proved to be a victim of its own success. The farmers market drew so many customers that the little available parking was overwhelmed, and patrons often parked on the right of way of Wisconsin Avenue, in violation of city law.

The City Council’s action came in the form of rejecting the Moose Lodge’s request to extend the market’s permit through April of next year and to forbid parking on public right of way.

“I think what you’re doing out there is great … but I think it’s an accident waiting to happen,” Mayor Gary Blair told lodge members. “We don’t want anybody to die.”

Moose Market, as the event is called, has drawn about 40 vendors to the lodge at 1081 N. Volusia Ave. They set up tents, tables and wares in the front parking lot of the lodge.

“Those vendors are there from 6 o’clock in the morning until 2, cleaning up,” Moose Market Manager Kelli Marks said, adding the market usually attracts about 200 shoppers.

There are about 20 parking spaces in the back of the building, but more are needed. Moose Lodge Administrator James Gallagher said he intends to clear more land behind the building to create 30 more parking places.

“We’re looking to have 50 spaces back there,” Gallagher said.

Until more parking becomes available, City Manager Dale Arrington said she and her staff would not support allowing the market in its current location.

“There just is not a solution except for new parking spaces,” Arrington advised the City Council.

She said one option may be relocating the market to a shopping center in the area, where parking is usually not a problem.

“I believe this community wants these folks to be successful,” he said.

The parking arrangement, however, “has to be reconfigured so that it will comply” with safety regulations, Pupello added.

The City Council voted 5-2 to deny allowing the Moose Market to continue operating, at least until satisfactory parking is added, or unless the market is relocated to a place with ample parking.

“There’s going to be a lot of disappointed people,” Marks said, adding she may apply to Orange City officials to use Veterans Memorial Park for the weekly event.

But, she said, that’s not a quick solution. “That may take 60 days,” Marks said.

Moose Market appeared about a year after the Orange City farmers market met its demise. The public sale took place almost every Friday morning and early afternoon, but the numbers of vendors withered, and the city stopped the market altogether last year.