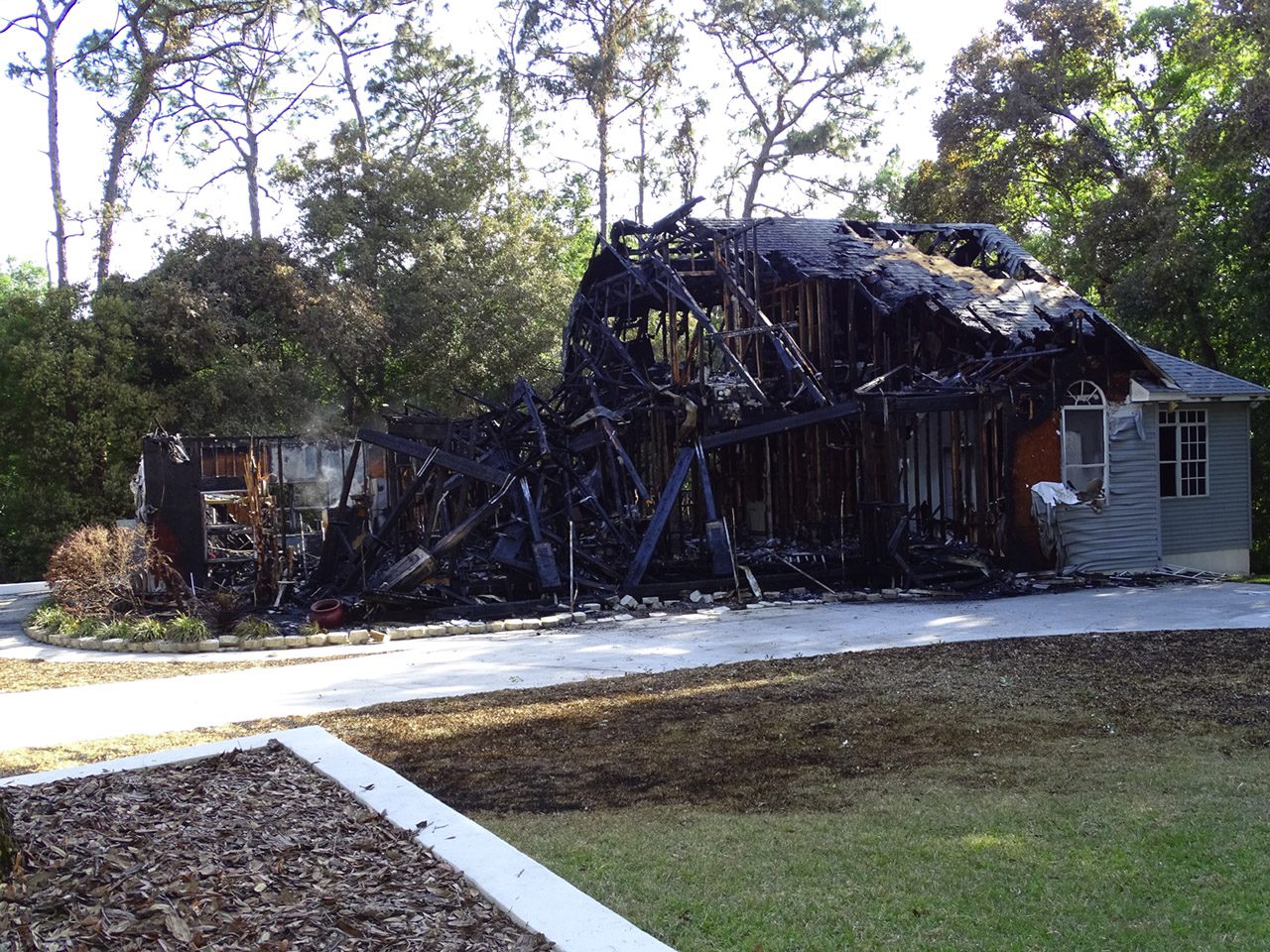 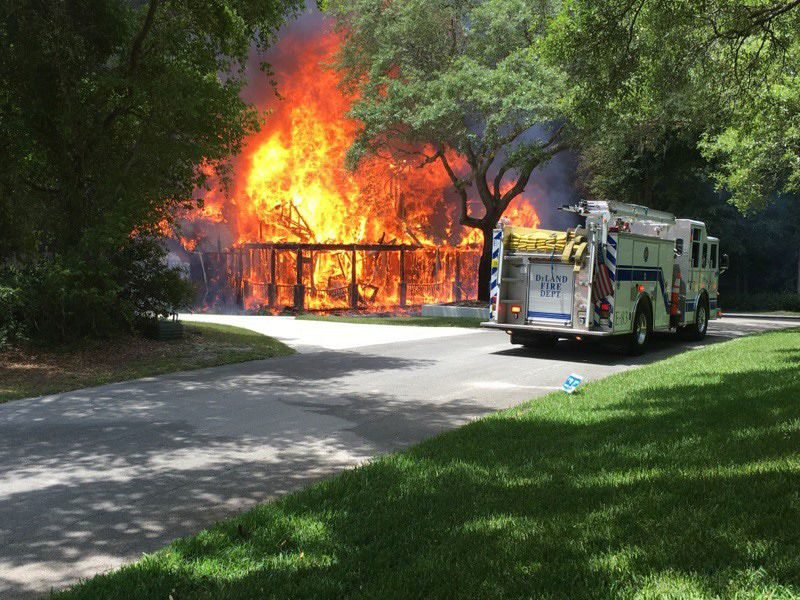 A home at 2140 Pennsylvania Drive was destroyed by fire May 1.

Amy Killgallon, who lives next door in the Country Club Estates area of DeLand, said another neighbor’s gardener called 911, and firefighters arrived within moments. Nevertheless, the home was fully engulfed in flames when firetrucks arrived.

Killgallon sister, Debbie Daycon, who is visiting from Marshall County, Illinois, was sitting on Killgallon’s backyard deck when the fire erupted just before 12:45 p.m.

A German shorthaired pointer dog Killgallon is caring for, “started getting nervous, pacing and pointing,” the women said.

“It smelled acrid,” Daycon said. “I heard popping and cracking.”

Daycon said she saw flames through the trees as the two-story, wood-frame home burned.

Volusia County, DeLand and Orange City firefighters all responded, and the blaze was upgraded to a two-alarm fire, according to the Volusia County Professional Firefighters Association.

“As soon as we were aware it was engulfed in flames, the Fire Department was here,” Killgallon said.

The rapid response floored Daycon, who is an elected board member in Marshall County.

“As a county official, I was very impressed by your Fire Department,” she said.

The two women stood in the street surveying the home, which is a total loss, according to officials.

“The owners had the best-kept property on the block,” Killgallon said, looking at the charred rubble.

She said the woman who lives in the home was out of town.

The State Fire Marshal’s Office is investigating the blaze.