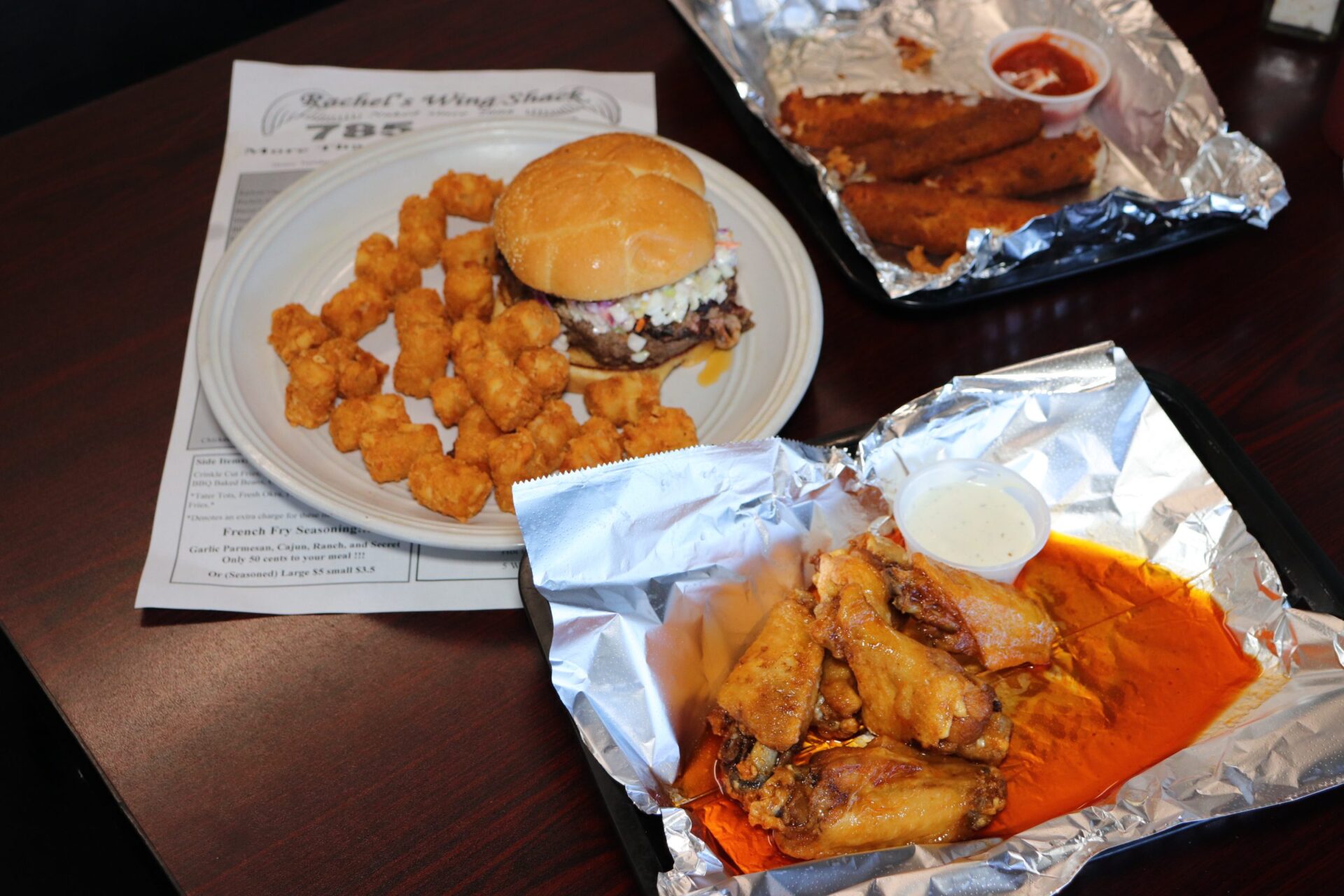 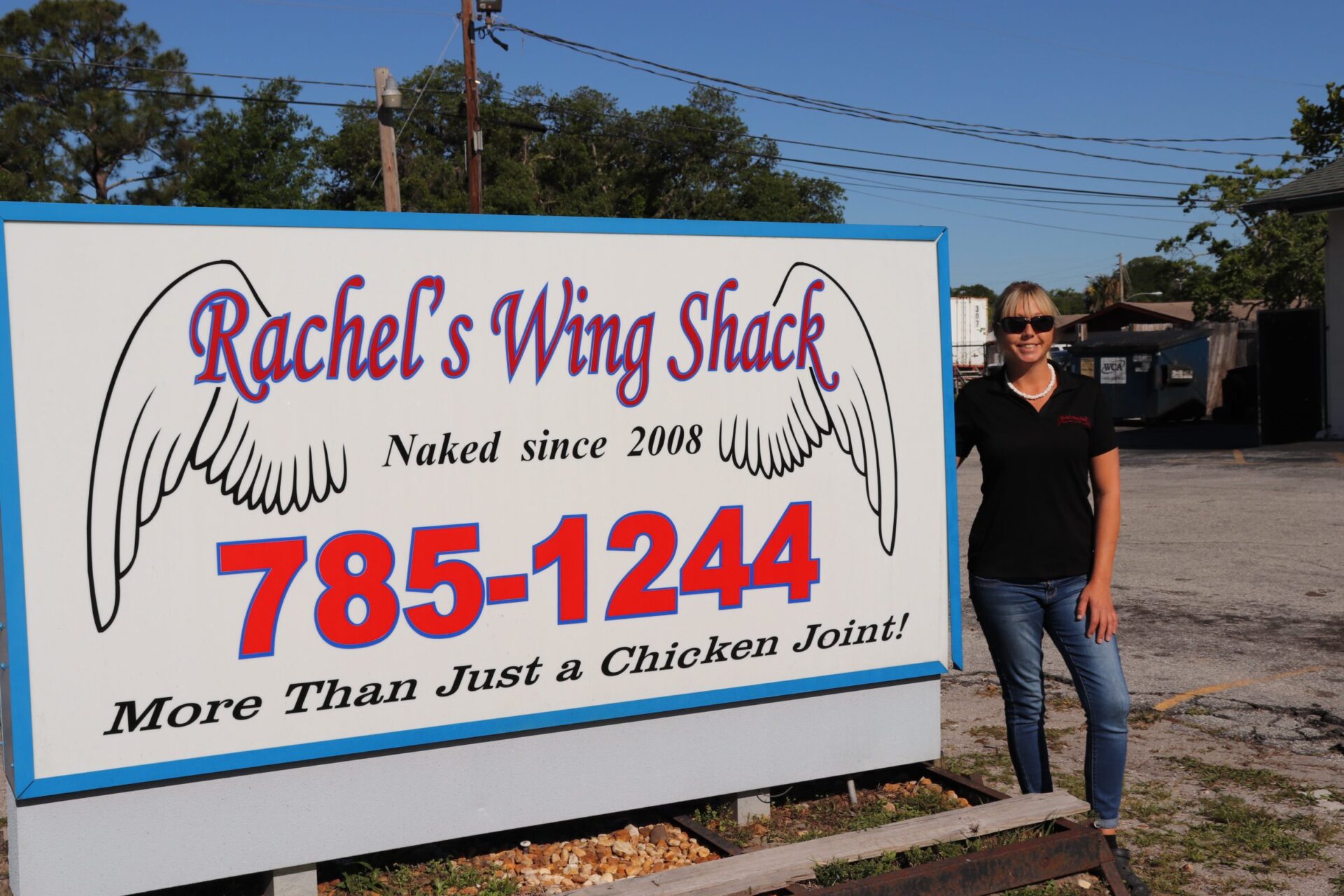 Even though the restaurant was not yet open, I felt the vibe when I walked into Rachel’s Wing Shack at 495 Old Daytona Road in DeLand. The music was loud and energetic as employees and co-owner Rachel Decker made preparations for the day.

Rachel is a fast-paced restaurant where you order at the counter. Decker said it’s one of the busiest small restaurants in Volusia County.

“We have been voted Best of the West for chicken wings numerous times, and are in the running again this year,” she said.

Rachel’s offers a small dining area inside and a large outside covered patio lined with picnic tables, where customers can enjoy the beautiful Florida weather. Next to the patio is the smoker and a woodpile, so guests get to enjoy the smells of smoking meats while they dine.

Rachel’s is enjoyed by many blue-collar, hardworking people.

Rachel’s is known for its wings, of course, and offers something like 40 flavors in three categories: hot, medium and mild. You can mix and match any sauce you would like and build things the way you like ’em at Rachel’s.

I had a hard time deciding, but went with “Sweet-n-Heat.” The wings were crispy on the outside and juicy on the inside, and the sauce started with sweetness and ended with a little bite.

Other popular flavors are garlic Parmesan and the Hot Blonde, a mixture of blue cheese and hot sauce.

“We go through about 600 pounds of brisket a week at our restaurant,” Rachel Decker said.

That’s a lot of meat, and brisket is the second-most-popular menu item.

I decided to order a burger called the Holy Cow Burger, which is composed of an all-beef patty and topped with slaw and Rachel’s smoked pulled pork. The smoke from the meat and the crunch from the slaw combined to please the palate.

Lastly, I tried the homemade cheese sticks, which are hand-breaded and came out piping hot.

“We are here early in the morning prepping, because we hand-make everything, and all food is cooked to order,” Rachel Decker said.

Rachel’s menu includes 12 appetizers, including fried banana peppers, which I haven’t seen anywhere else. There’s also a hearty offering of salads, a seafood section, a plethora of burgers, sandwiches and wraps, and even chicken gizzards and livers.

If you order a side of fries or tots, you can add seasonings for 50 cents, such as garlic Parmesan, Cajun, ranch, and the Rachel’s secret seasoning.

Rachel’s Wing Shack stays busy with to-go orders, dine-ins, and some of the best wings anywhere in Volusia County. I recommend Rachel’s to the wing connoisseur, the barbecue lover, and to anyone else who has the munchies.