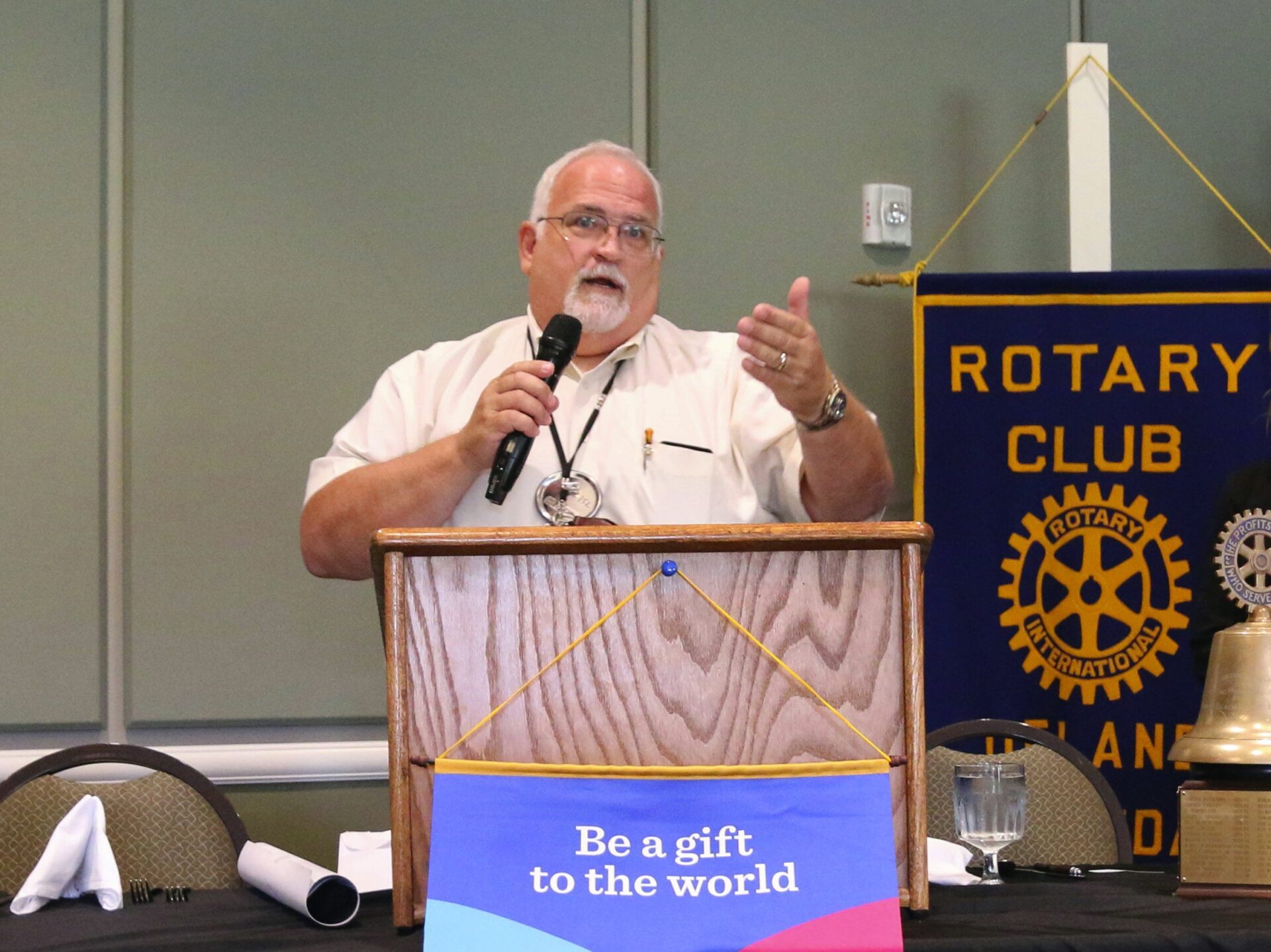 A DeLand attorney and candidate for a Volusia County judgeship is being sued by a law firm that accuses him of “alleging a fantastical conspiracy” and making “wild accusations.”

The lawsuit seeks $15,000 in damages plus court costs and attorney’s fees.

“Defendant has made … false and defamatory statements about Plaintiffs alleging a fantastical conspiracy whereby out-of-county attorneys make excessive campaign contributions to judicial candidates in Volusia County in order to curry decisions in their favor,” part of the complaint reads.

In exchange, according to the complaint, Burk alleges the judges then unnecessarily award them excessive attorneys’ fees.

Burk also said in his filing that he believes certain amounts awarded in attorneys’ fees, of $500 an hour or more, are excessive.

Burk’s opponent, Judge Dawn Fields, received a $1,000 contribution from Simoes Davila, PLLC, and another $1,000 from Simoes Law Group in January.

The two law firms also contributed to incumbent Volusia County Judges Christopher Kelly and Bryan Feigenbaum, both of whom are running for re-election but so far don’t have opponents.

In March, Burk sent a letter to Fields urging her to stop accepting campaign donations from lawyers and law firms.

In the letter, he points out that one of Fields’ upcoming dockets had more than 100 cases set for a particular Monday morning, with more than 70 of those cases “brought on behalf of companies primarily in Seminole and Orange Counties, by the law firm of Simoes Davila … .”

Each case, Burk noted, included a request that the judge award attorney fees to the firm.

Those fees, Burk said in the letter, can exceed the amount of the underlying claim in the lawsuit.

The cases are small-claims cases against insurance companies, for amounts less than $100. During April, some 445 such cases were filed.

“While obviously nothing improper has occurred, the optics of the situation apparently may lead those without our years of specialized legal training to think the courthouse is for sale,” Burk wrote to Fields.

Kevin Reck, the attorney representing Kimberly Simoes and her related law firms, said any campaign contributions made were completely aboveboard, and not an attempt to curry favor with judges.

In a phone interview, Burk emphasized that he isn’t accusing anyone of doing anything illegal, but the fact that Fields received a contribution from a law firm with a large number of cases before her may appear improper.

“When I look at the cases that she has in front of her, and compare that to the only money that was in her campaign account when I checked on March 25, I was very disturbed that the only two non-family contributors to her election campaign over a three-month period had hundreds of cases set in front of her,” Burk said.

Fields has since received $3,675 in contributions from other, unrelated contributors, according to her April campaign-finance report.

“There is nothing that’s been done illegally — nothing that I know of yet,” said Burk. “It just looks bad.”

Fields said Burk has been “haphazard, and erroneous in his conclusions.”

“He’s kind of put 2 and 2 together and come up with an imaginary number,” she said.

She blasted Burk for drawing conclusions based on a campaign report filed early in the cycle, with only a few contributions.

What should actually be troublesome to voters, Fields said, is Burk’s attempt to unseat a judge who has done nothing wrong. Still, she said, she enjoys campaigning, and looks forward to running a race against him.

Fields also quoted the last line of an article in The Daytona Beach News-Journal about the controversy, where Burk was quoted as saying, “Honestly, I’d be just as happy if I didn’t win, because my actions have already created a stir.”

“I think the voters should give him what he wants,” Fields said.

While some have ascribed a racial element to Burk’s decision to run against Volusia County’s only sitting black judge, Burk — who is white — said nothing could be further from the truth.

“It had nothing to do with race as far as I’m concerned,” he said. “The only color involved here is green.”

Burk said his wide range of experiences as an attorney make him a more qualified candidate for a judgeship than Fields.

Other judges up for re-election this year, such as Christopher Kelly, have already amassed large war chests — $41,175, in Kelly’s case — and so, running against Fields was an easier path to bring the issues he’s concerned about to light, Burk said.

Burk ran against Kelly in 2012 and was defeated, winning only 16.7 percent of the vote in a five-way race.

In all, he called the lawsuit against him a “godsend,” pointing to the publicity it is giving to his campaign and his cause.