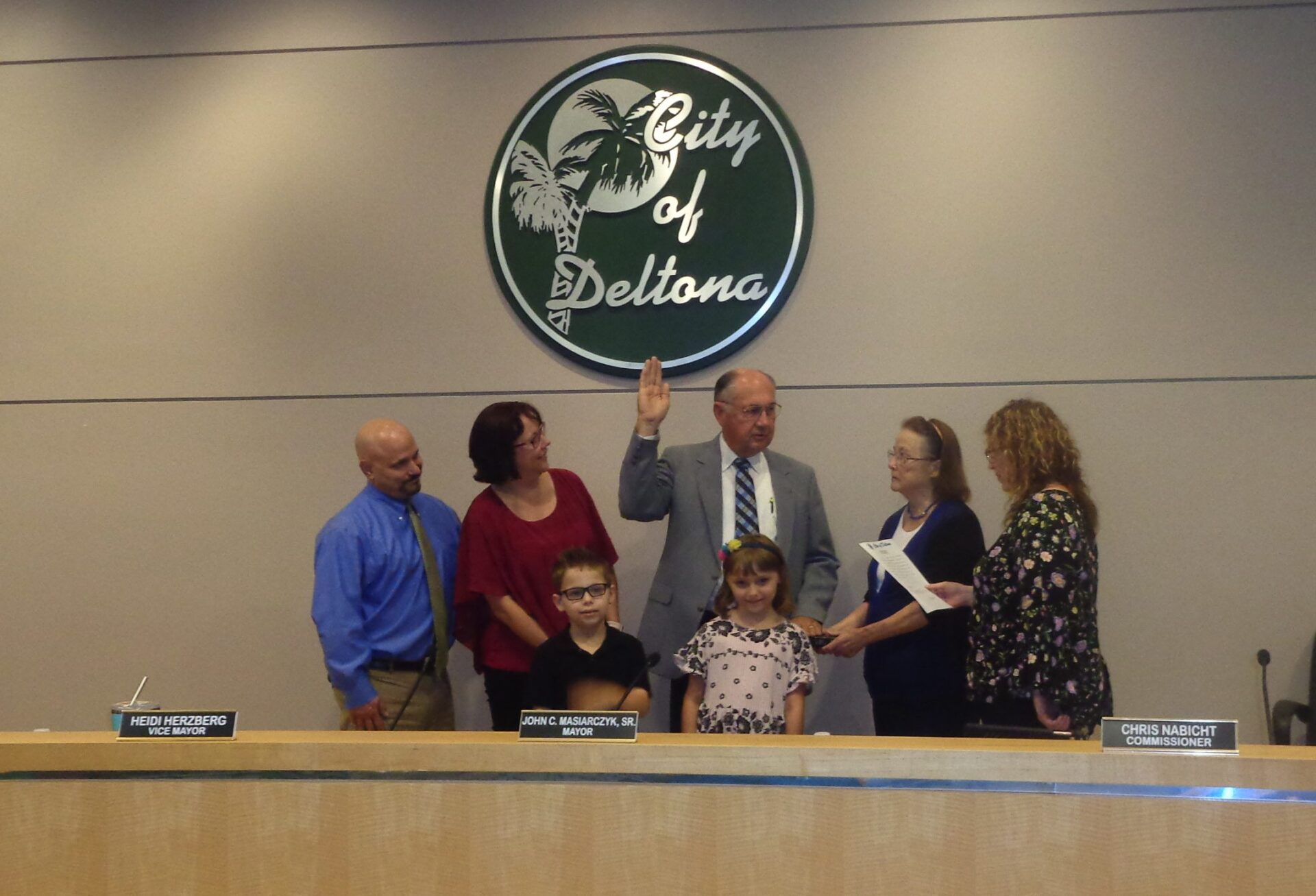 The Deltona City Commission is now up to full strength, following the April 30 selection of a prominent retiree to fill the void of a member who resigned.

Robert McFall, who hails from a politically active family, is the new commissioner representing Deltona’s District 4. The six other members of the commission unanimously ranked McFall as their top choice for appointment to the seat vacated April 2 by Christopher Alcantara.

McFall was immediately sworn into office and took his seat on the dais for a workshop that included a briefing on the city budget.

Asked if he will run for election to serve the two years remaining in Alcantara’s term, McFall replied, “Yes.”

McFall was the City Commission’s favorite over two other applicants, Yorelia Navas and Kurt Sniffin.

McFall is a retired funeral director who has lived in Deltona for more than 40 years. His wife, Ann, was a member of the Volusia County School Board and the County Council, before being elected supervisor of the county’s Department of Elections in 2004. She served until 2016.