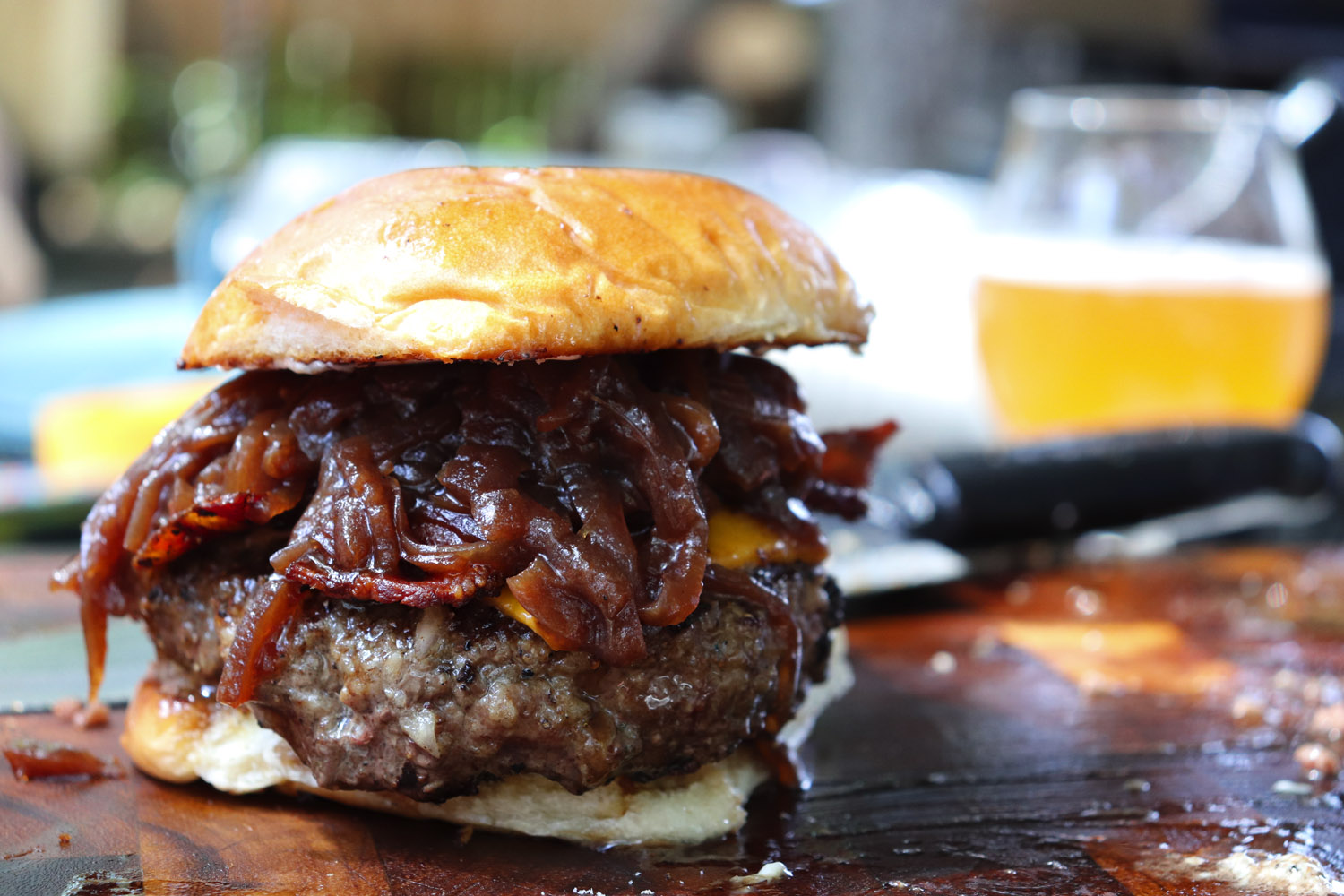 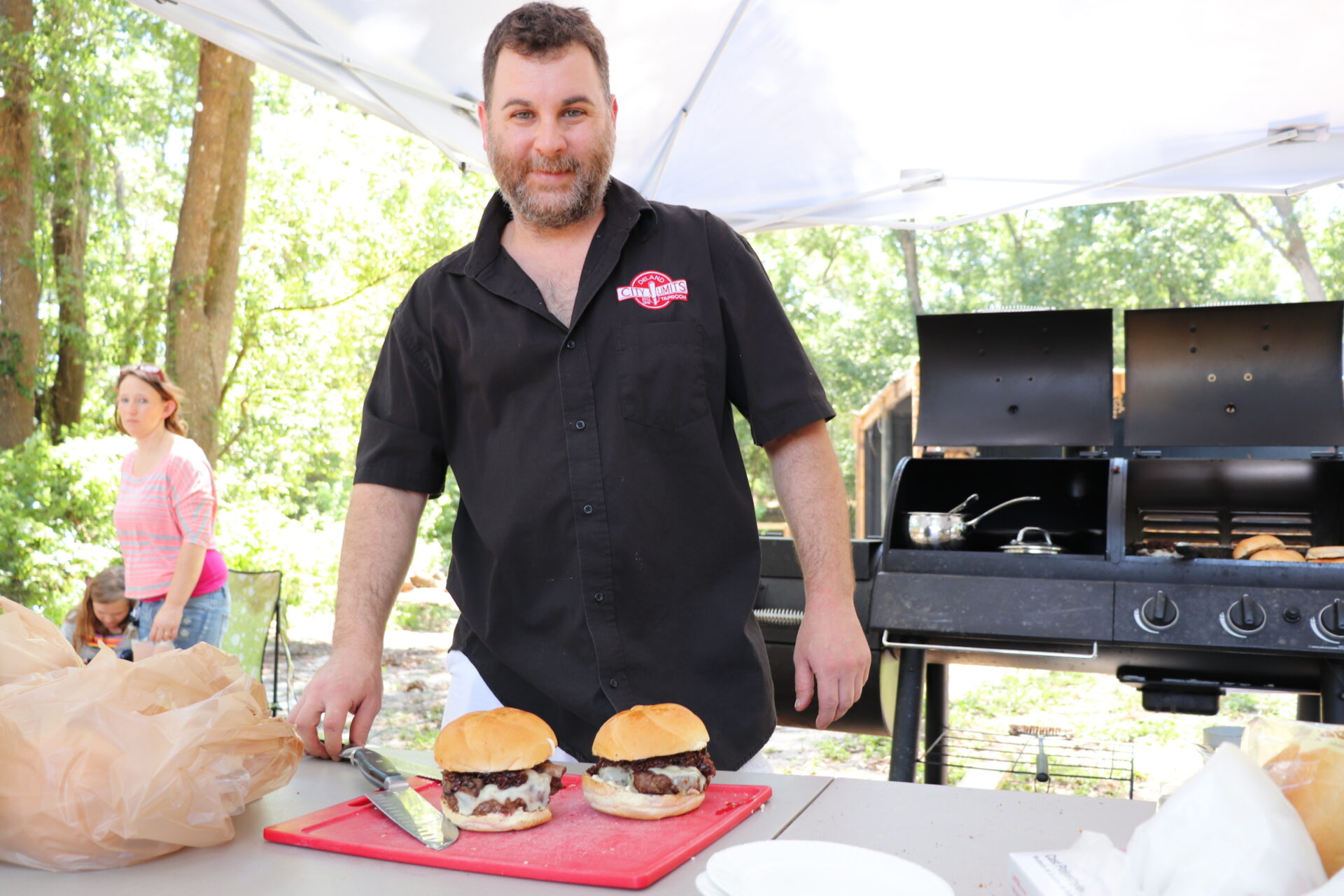 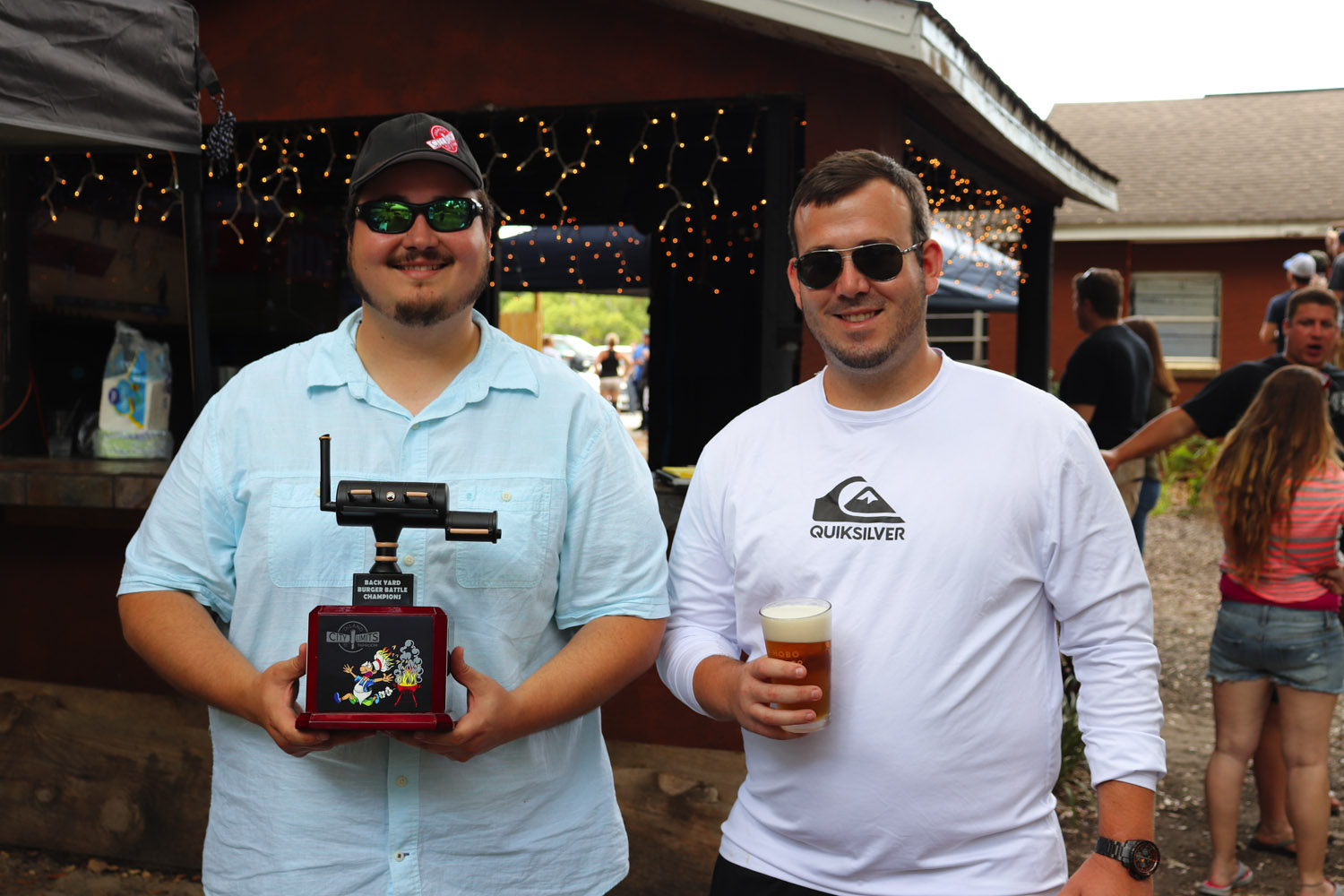 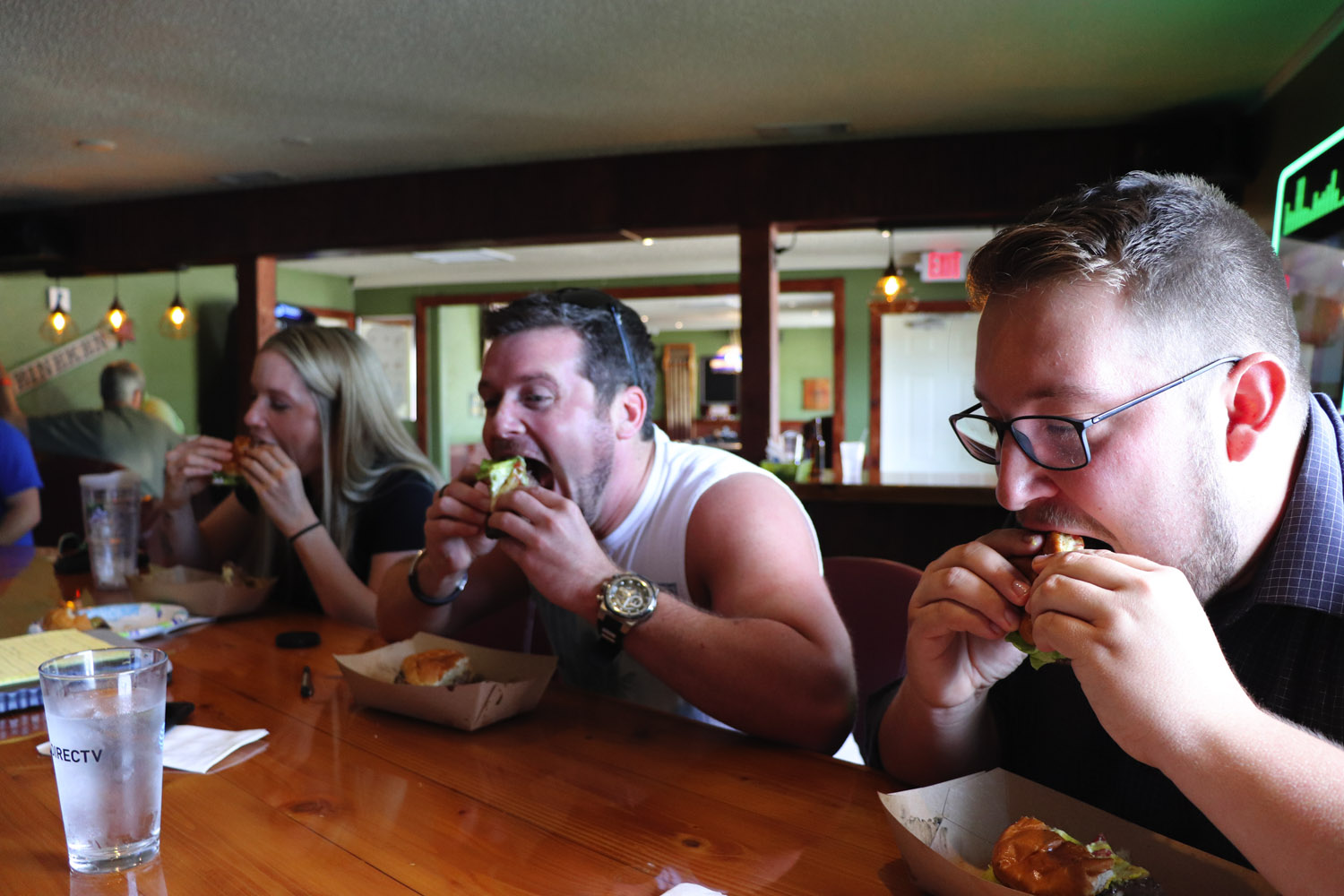 A new tradition at City Limits Taproom in DeLand was continued April 29 as teams battled to claim the trophy and honor of having the best backyard burger in town.

The smell of grills, smoke and barbecue filled the air on the perfect spring day at 2620 N. Woodland Blvd., in the spacious backyard of City Limits Taproom.

A total of six teams set up tables, grills and ingredients, hoping to please the crowd enough to make it to the finals of the competition where a panel of three judges, this writer included, would taste and release the final verdict.

Returning to defend their 2017 title was Team Cowart, led by Denny Cowart and his partner this year, his brother Dusty Cowart.

Last year, their burger — an epic bacon and blue-cheese creation — stole the show and took home first place, earning them a trophy with their team name engraved on the side and on a plaque that hangs on the wall inside the bar.

“Denny and I were just kicking back having some beers one night with friends and started discussing who made the best burger, and that’s how the initial idea started,” City Limits Taproom owner Jim Knight said.

Last year, nearly 100 people showed up, with even more returning for the event this year.

The grilling started at 1 p.m. as guests bought their $7 wristbands inside City Limits, allowing them to taste the six teams’ burgers and finally vote on their favorite.

Each team focused with intensity and put out as many burgers as they could, cutting them in quarters or halves for members of the crowd to try.

After the crowd finished devouring the burgers, it was time for them to vote. This entailed each guest taking the stub from his or her wristband and dropping it in the team’s pint glass.

When the voting was over, the top three were Team Cowart, Team Dobro’s and Team Tillinghast.

Denny and Dusty Cowart had put together a classic American burger with Gouda cheese, and gave crowd members the option of dressing their burger whatever way they preferred.

This year’s judges were Taylor Bass, co-owner of BakeChop in Downtown DeLand, Nicklaus Conrad, a fourth-grade teacher at George Marks Elementary School, and yours truly, the food writer for The West Volusia Beacon.

We sat inside, trying each team’s burger one at a time.

Team Cowart was extra hospitable, as they asked which toppings each of us would like.  That burger was full of flavor, with a bouncy texture on the patty, and a nice crunch from all the toppings.

Team Dobro’s burger was so juicy, and the special zesty sauce added an element that made all the judges smile. The flavors kept us coming back for another bite, as that tri-tip brisket blend was so satisfying.

Team Tillinghast’s burger was decadent, flavorful, creative and finger-snapping good. There was crunch from the bacon, sweetness from the compote, and a perfect amount of bitterness from the cheddar.

Each burger was delicious in its own way but, after considering all factors, we decided the winner of the 2018 Backyard Burger Battle was Team Tillinghast.

We walked outside to the anxious crowd and announced the winning team, and the multitude applauded. I can’t wait until next year’s competition.