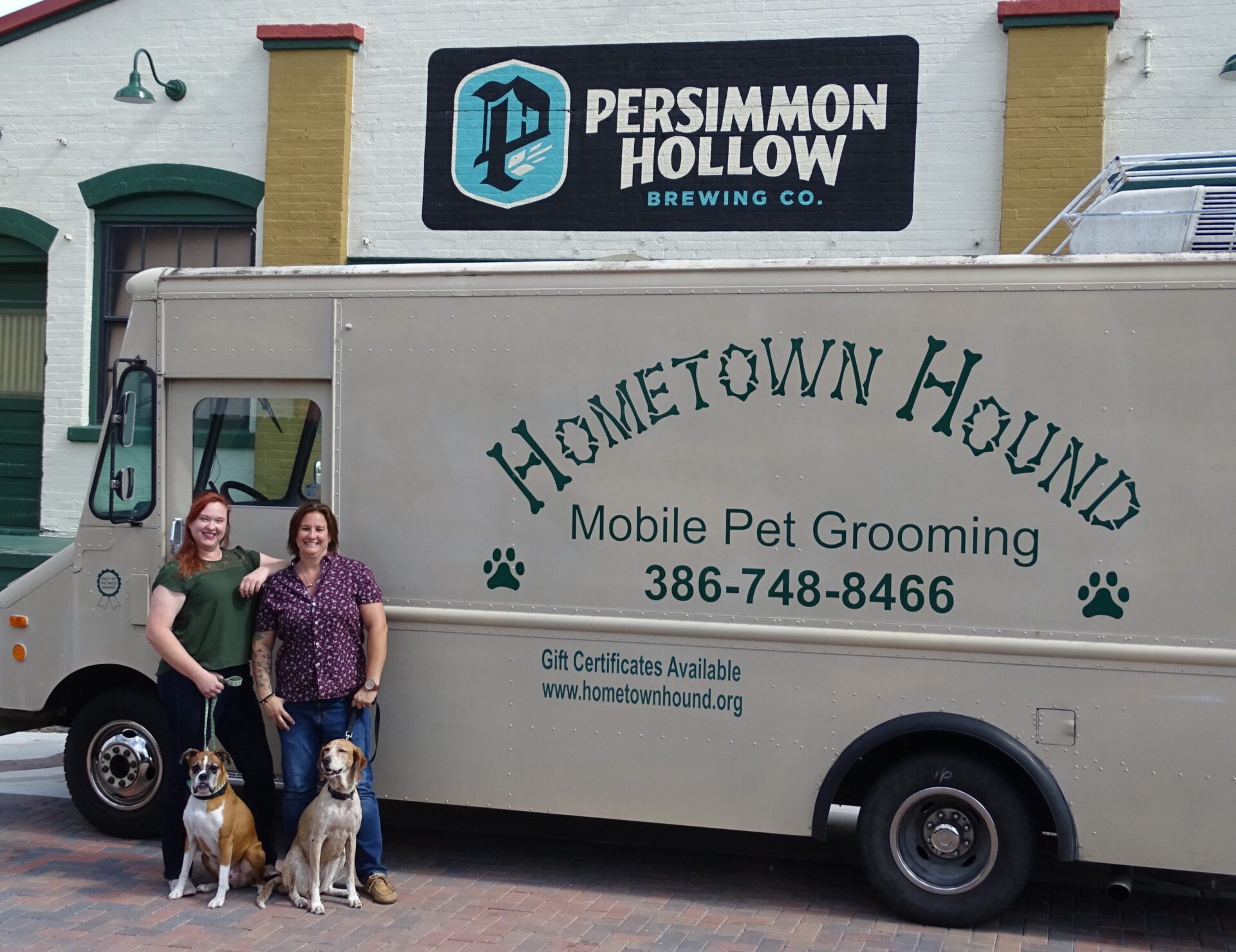 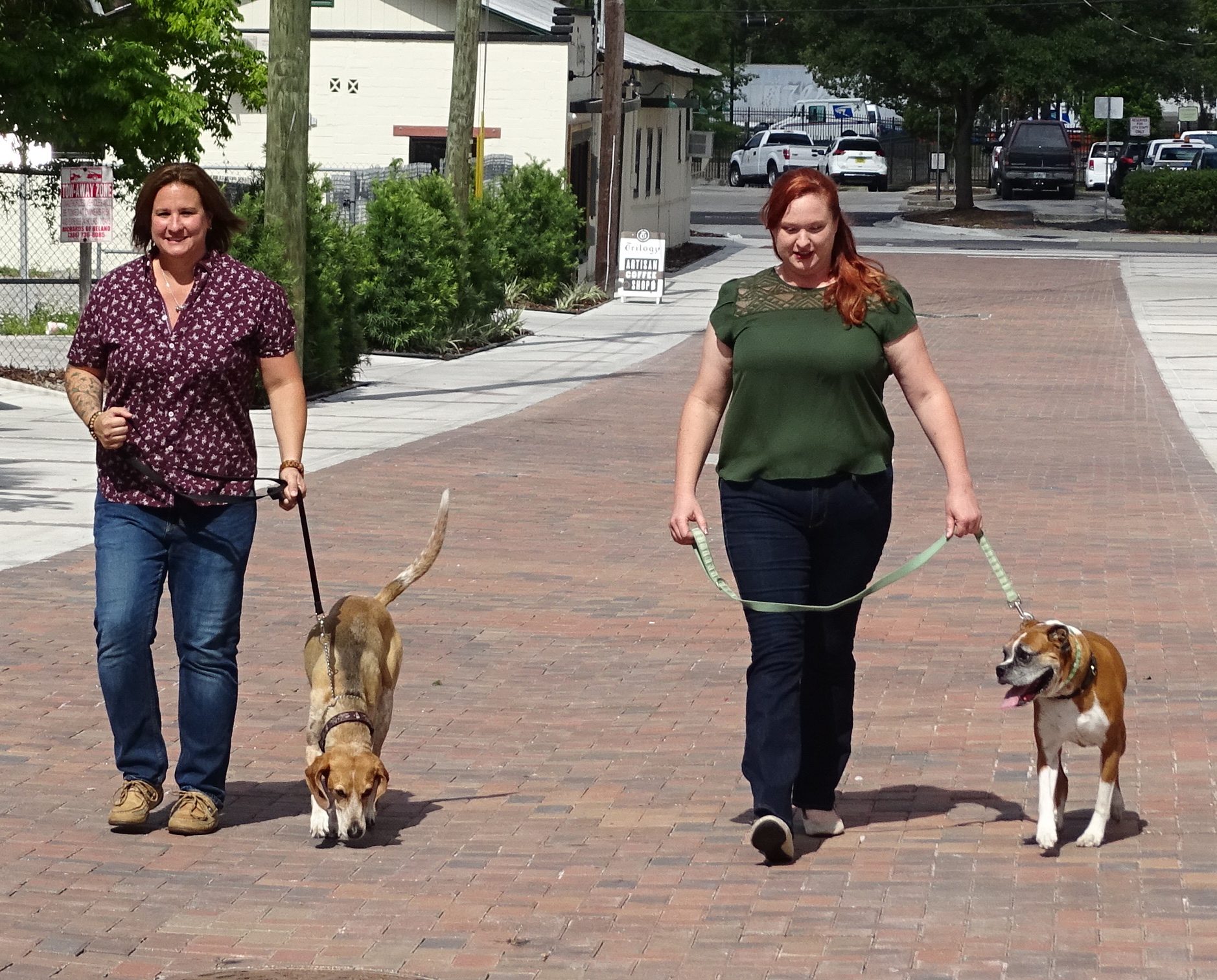 Since grooming school, Parker wanted to be themobile groomer.

“I wanted the business name to pop. Hometown Hound — it’s my hometown. Now it’s pretty much a household name, like Johnson & Johnson,” she said, cracking herself up. “I’ve made it as big as I wanted it. It’s exactly what I envisioned.”

At a celebration April 29 at Persimmon Hollow Brewing Co., Parker announced she is passing the clippers to a new owner, Megan Butler, who has worked for the same corporate grooming shop for 12 years and also operates out of a small, private shop in DeLand.

Introduced by Persimmon Hollow co-owner Andy Sistrunk, the two discovered they had more than mutual friends in common.

Sitting down with them in the popular brewery was entertaining.

They talk and laugh easily, get each other’s jokes, and share a sincere love for animals.

Both understand that the profession requires serving two masters — one with two feet, one with four.

Pets and owners often do not want the same thing; Parker and Butler make it their business to please both. They agree that the animal’s comfort and safety are paramount.

They both worry about Hometown’s human clients resisting change.

Butler is softer around the edges, but masterfully banters with Parker, who said 10 minutes of conversation revealed Butler is absolutely the right buyer.

“I wasn’t going to sell to just anybody,” Parker said. “This is a big deal. It’s my baby. Even after the dotted line is signed, I’m still going to be working behind the scenes.”

Butler talks to, sings to, and makes up animal rhymes for her furry clients — anything to ensure their comfort.

“Whatever, it’s your business,” she said.

They both know that humans adapt, and animals adapt faster.

Butler doesn’t intend to change anything.

Truthfully, she had no intention of buying a business. But she was so impressed with Parker’s setup, client descriptions and business organization that she doubted she’d ever come across a better opportunity.

Pre-clipping, Butler said, she talks to clients and assesses the animal/human needs and lifestyle.

“I love hearing about the issues, the pet’s past life, especially the rescues,” she said. “I like having people trust me with their valued family member and being able to please both the pet and the client.”

She enjoys a challenge: “People tell me, ‘My dog Fluffy’s been thrown out of grooming shops before.’”