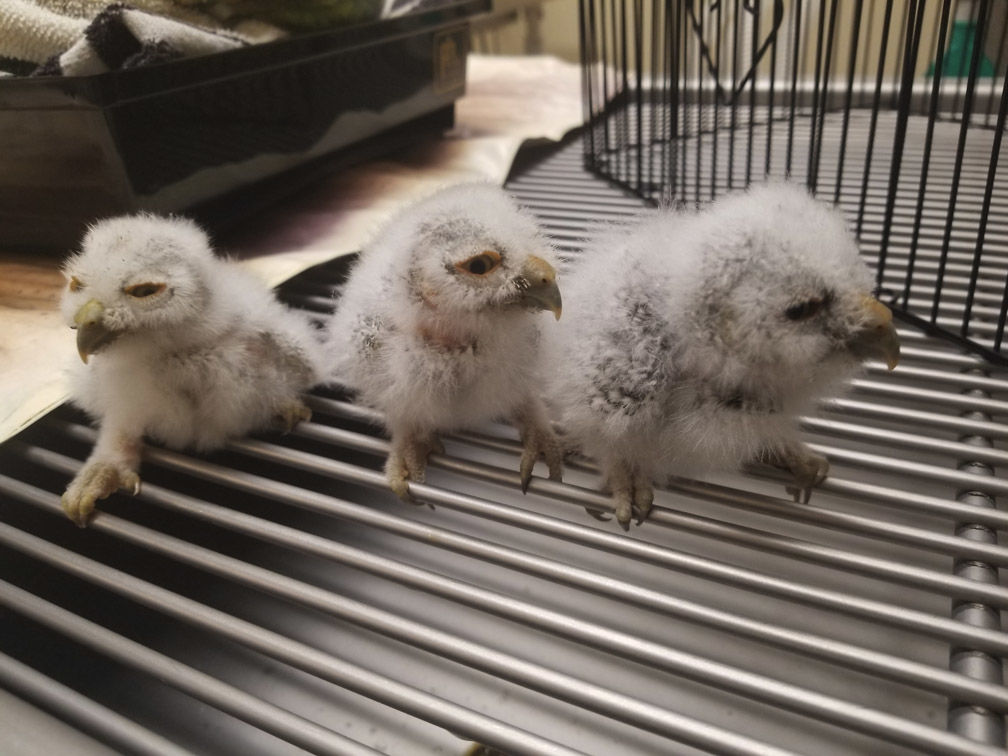 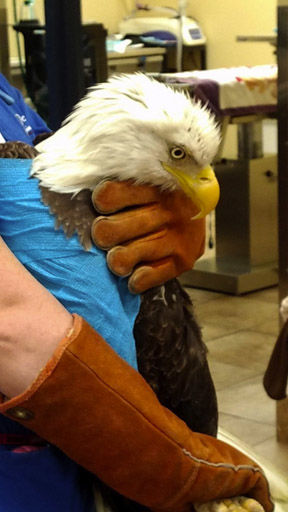 Not all animals treated by veterinarians are the beloved, pampered pets of doting humans.

Good Samaritans and the compassionate staff at DeLand Animal Hospital strive to ensure that no creature — domesticated or wild — goes without care in its hour of need.

At least 1,000 wild animals are treated at the veterinary hospital and released into their habitats, or to perpetual care, each year.

In the waiting area of the veterinary clinic May 4, chances of an interview with co-owner Dr. Tom MacPhail slimmed. Fridays and Mondays are booked with surgeries.

Behind a door leading from the lobby, pigs squealed. Dog and cat owners waiting their turns were unfazed.

The following Monday, MacPhail performed surgeries from 7 a.m. to midnight.

Typically, at least a half-dozen animals brought in over the weekend await his skills.

Recently, a question was posed on one of the community Facebook pages: What does DeLand need?

Kestory’s comment started a conversation that eventually reached husband-and-wife team MacPhail and Dr. Deborah Ulbrich, who own DeLand Animal Hospital, and Tom Scotti, founder of the nonprofit Ahopha Wildlife Rescue. They have plenty of examples to illustrate the need for such a center.

Recently, visitors to Hontoon Island State Park noticed something amiss with a sandhill crane. The bottom of its beak was missing a substantial piece. Eating was a problem.

The Hontoon Island Friends group contacted Scotti, who told The Beacon he shows up at DeLand Animal Hospital with wounded wildlife “sometimes five or six times in a day.”

Scotti took the bird there, and MacPhail filed the top portion of its beak to make it even with the bottom. The crane was released a few hours later, rejoining its mate and chicks, Scotti said.

“The beak is made out of the same material as fingernails and should grow back to its normal size,” Hontoon Island Friends reported on Facebook.

All of DeLand Animal Hospital’s work for Scotti is done pro bono.

“In 32 years of doing this, I have never gotten the kind of help I get from DeLand Animal Hospital,” Scotti said. “They are just terrific. I don’t know how I did it without them.”

The feeling is mutual.

“Our goal is to help him do fundraisers and find a place where we can rehab,” Ulbrich said. “Once the procedure is done, there’s no need to keep them [the animals] here. They need to continue to heal in an environment similar to what they’re used to. They need less stress.”

The group would need at least 5 acres and a building to start, she said.

In addition to sandhill cranes hit by cars and golf balls and injured by fishing line, McPhail and Ulbrich treat numerous owls, hawks and eagles — typically victims of human error or carelessness, according to MacPhail.

They are struck by boats, injured by roaming cats, stray bullets and pellets, or entangled in fishing line, he said.

“Our biggest issue is we take in the injured animals, fix them up, but then what do you do?” Ulbrich said.

Having a place for recuperation and education could prevent unnecessary injuries, and would provide a more natural setting for complete healing.

She envisions the place. “An education center upfront for the public, and the back for the behind-the-scenes work.”

“They were just dropping dead,” she said.

A Volusia County Beach Safety employee started delivering the sick, unresponsive birds to DeLand Animal Hospital, where they were treated before being released on the beach.

Ulbrich said watching the videos of the birds’ joyful release was payment enough.

April was pretty wild, too.

DeLand firefighters brought ducklings found in a storm drain. McPhail performed surgery on a bald eagle with an injured pinion — the outer part of a bird’s wing, including the flight feathers.

The injuries were too extensive for survival in the wild. The eagle will live at the Cincinnati Zoo, where, DeLand Animal Hospital Office Manager Stacy Clifton said, it will help educate visitors.

MacPhail said he has an affinity for the eagles, and for owls — particularly the small screech owls.

In early May, the vets had five baby owls in seclusion.

“We get orphaned owls and hawks all the time,” Ulbrich said.

A baby owl will eat up to 15 mice daily, according to Ulbrich.

They feed the birds frozen mice and keep the owls in a separate room in covered cages — literally at arm’s length — using forceps to feed them. No snuggling allowed.

“That’s because they’ll imprint on you,” she said. “They’ll think you’re Mom.”

An owl bonded with a human “mother” would have no chance for survival upon release.

There is very little wildlife education in veterinary school, MacPhail and Ulbrich said. Those who want to practice areas of special interest study those after college.

“We also work with FWC [the Florida Fish and Wildlife Conservation Commission] closely, so we’re aware of what’s going on with regulations and trends,” Ulbrich said.

The raccoon distemper outbreak, for example.

Throughout the outbreak, the vets had to euthanize about 30 raccoons monthly, Ulbrich said.

Scotti said the problem seems to be abating.

Fortunately, MacPhail and Ulbrich said, humans do not contract distemper, which is different from rabies.

Most of the veterinary hospital staff are vaccinated against rabies, to the financial tune of about $1,000 per person, Clifton said.

That’s one commitment of many that garners Scotti’s gratitude.

“I use them most favorably because I know when animals are brought in there — unless they’re dealing with an active emergency — they get treated right away,” he said.