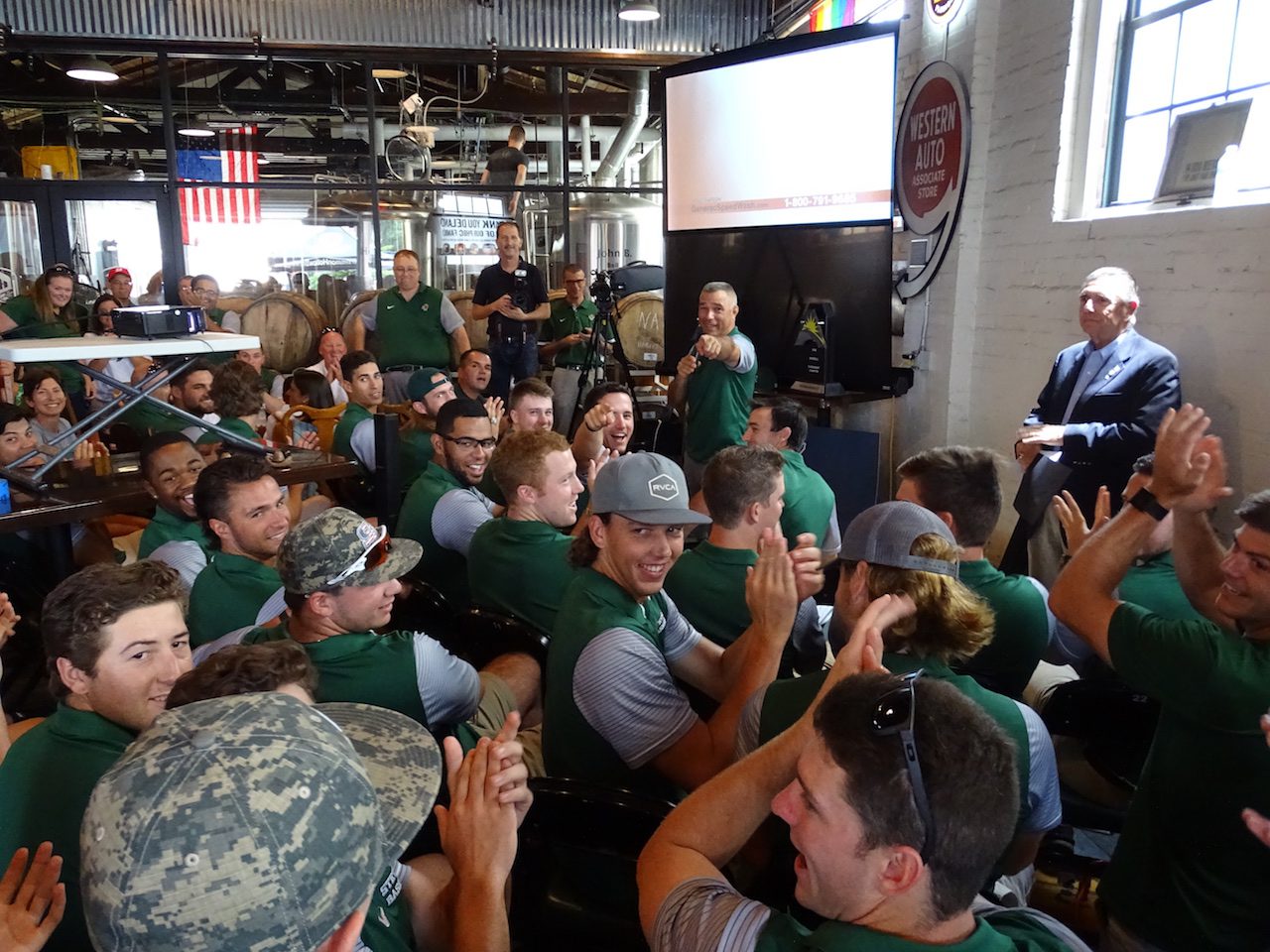 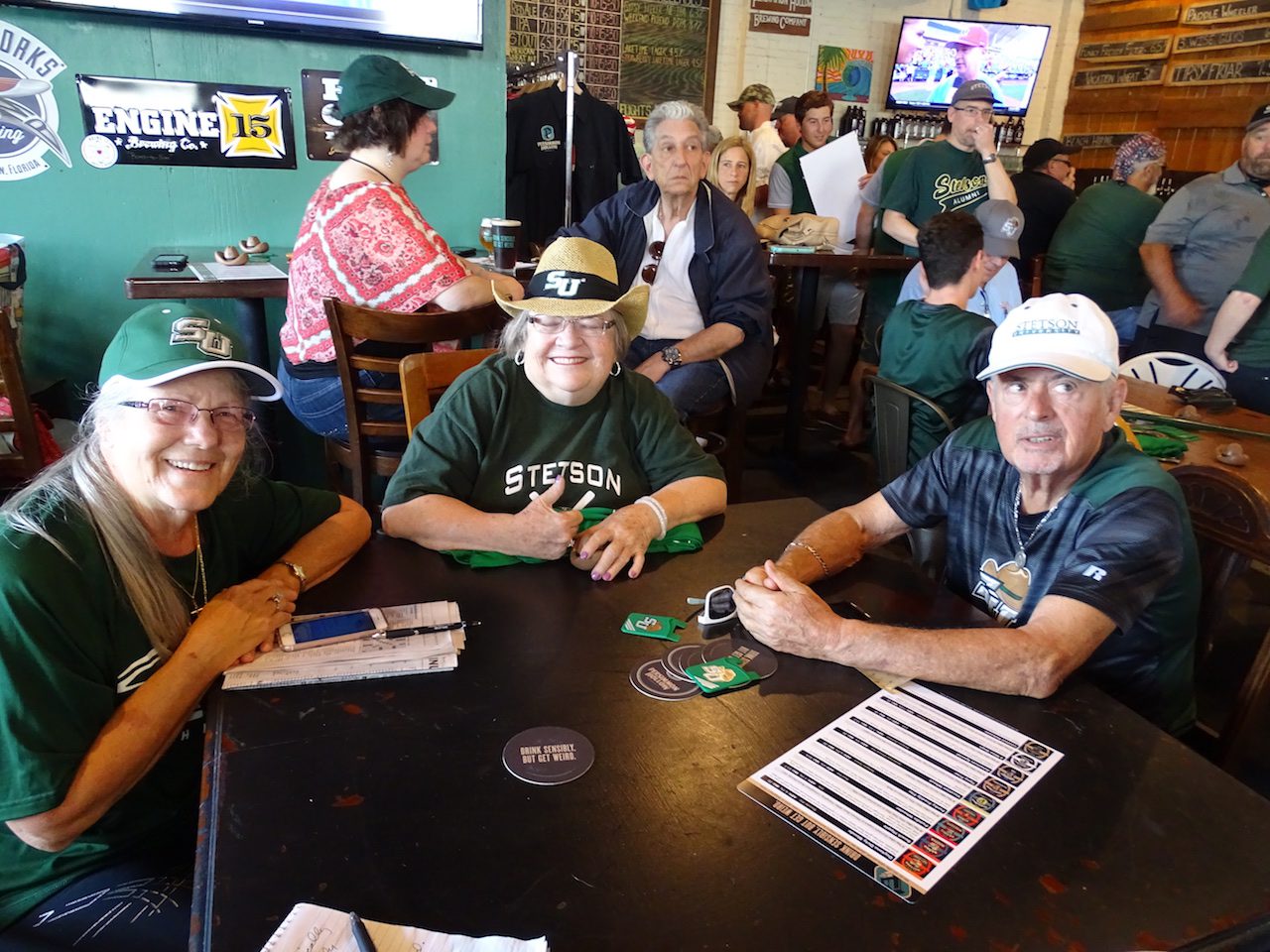 Thousands of ESPN-watchers and college baseball fans across the nation have been learning a new word this week: DeLand.

“This really showcases us to the college-baseball world,” DeLand Mayor Bob Apgar said of the news that DeLand would be one of 16 cities hosting the National Collegiate Athletic Association’s 2018 Regional Tournament.

Apgar compared it to DeLand’s being named America’s Main Street in a national online contest in 2017, with the difference that, this time, recognition will be by a sports-oriented audience. The games, which begin Friday, June 1, are expected to draw more than 1,000 visitors.

“It is exciting. It’s just another time that DeLand, Florida, gets another moment in the sun. A spotlight shined on it,” the mayor said.

DeLand has already been featured in Sports Illustrated in connection with the tournament, in the magazine’s profile of four of the 64 teams, which included Stetson.

The tournament will be played on Melching Field at Conrad Park, with six games, or possibly seven, to be played through Sunday, June 3. Visiting teams are the University of South Florida, Oklahoma State and the University of Hartford from Connecticut.

“Our baseball program has a storied tradition,” Trimper said, citing the Hatters’ assets as including a great city, a great stadium, great academics and a great baseball program.

When Melching Field was built two decades ago, one of the goals of city and university officials was to bring an NCAA regional tournament to town.

“Twenty seasons later, we have a regional here,” Mayor Apgar said to wild applause May 28 at a watch party at Persimmon Hollow Brewing Co. in Downtown DeLand, where hundreds gathered to learn which teams would play in the DeLand Region.

Also attending the watch party was DeLand Police Chief Jason Umberger, a former baseball player and player scout. Umberger liked what he saw when the DeLand teams were announced.

“It’s a good draw,” he said. “If you look at our team, how it stacks up against those other teams … we have a good chance. … They’ll all be worthy opponents; it’s a great opportunity.”

Trimper, Umberger and Apgar, along with Stetson University President Wendy Libby and Athletic Director Jeff Altier, spoke at the party. ESPN was on hand to film the action.

Apgar said he hopes locals will want to attend the games, and suggested that MainStreet DeLand Association businesses put out signs welcoming fans and possibly offering discounts to anyone with a ticket stub.

“There is the potential for a huge economic impact on our community,” he said. “Usually, summers are a slowdown, and this will help.”

Last year, the University of Southern Mississippi in Hattiesburg hosted a regional tournament, and tourism officials predicted it would create a $1.7 million windfall from nearly 2,000 visitors to that city, according to television station WHPM.

That included hotel stays by the teams and visitors, as well as spending on meals, shopping, gasoline and ticket sales, the station reported.

Georgia Turner, executive director of the West Volusia Tourism Advertising Authority, said that’s a realistic possibility here, since she was told each team brings a contingent of 50 to 60 players, coaches and support staff with them. That doesn’t count the fans who follow their teams.

“Even if we go with conservative numbers, they’ll each spend $100 to $200 a day, including hotel rooms and food, so that sounds about right,” Turner said. “But we’ve never done anything like this, so it’s hard to say what the impact will be.”

She said teams are expected to stay at Hampton Inns in DeLand and DeBary and at a Holiday Inn Express in Orange City.

If the Hatters win the regional tournament, DeLand could also host a Super Regional the following weekend, if North Carolina loses its regional in Chapel Hill, which DeLand’s regional is paired with.

Since North Carolina is ranked higher nationally, if they win their tournament, they would host the Super Regional.

For the first weekend, it’s hard to know how many visitors will come to DeLand — and whether they will be able to find tournament tickets and hotel rooms.

USF is just down Interstate 4, but the University of Hartford and Oklahoma State University are much more distant, which probably will limit how many fans they bring to town.

Still, those schools may have followers like longtime Hatters fan Tina Wolf-Wiley, of Stetson’s Class of 1972, who has traveled to Gainesville and other cities for NCAA tournaments.

“I’m pinching myself. It’s like a dream come true,” Wolf-Wiley told The Beacon. “I really think coach Trimper has everything to do with making this happen. He has created a culture of teamwork and family. There’s no one person on the team that’s more important than another. Everyone works together.”