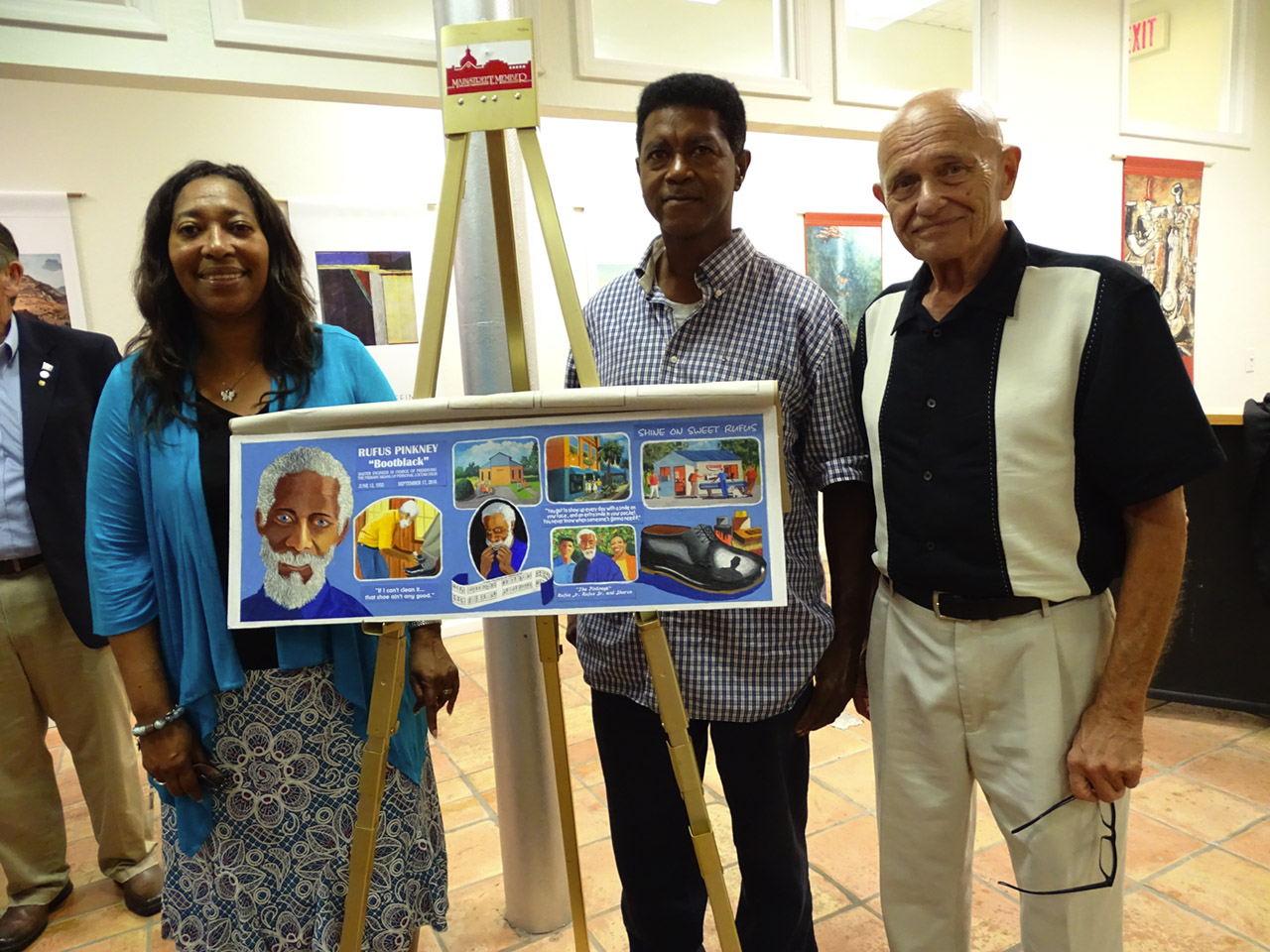 The Mural Committee of the MainStreet DeLand Association has chosen Robert Ammon to paint a Downtown DeLand mural depicting the life and legacy of beloved shoeshine man Rufus Pinkney.

“This is such a great honor. I cannot thank you enough for your confidence and support,” Ammon said. “I will make you proud, and will do my utmost to honor Rufus’ memory.”

The MainStreet Association received eight proposals from artists, including some from out of state. The committee selected four of them to submit renderings of the murals they envisioned.

The unveiling of Ammon’s mural May 16 kicked off formal fundraising for the mural project, which has a goal of $8,500.

According to Wayne Carter, executive director of the MainStreet DeLand Association, donations have been coming in for several months.

Those donations were used to compensate the four artists for their proposal artwork.

Should the campaign exceed the goal, additional funds will be dedicated to the historic mural fund at MainStreet, to be used for maintenance of the murals.

Donations may be made to: MainStreet DeLand Association (with Rufus Mural in the subject line), 100 N. Woodland Blvd., Ste. 4, DeLand, FL 32720, or online at www.mainstreetdeland.org.