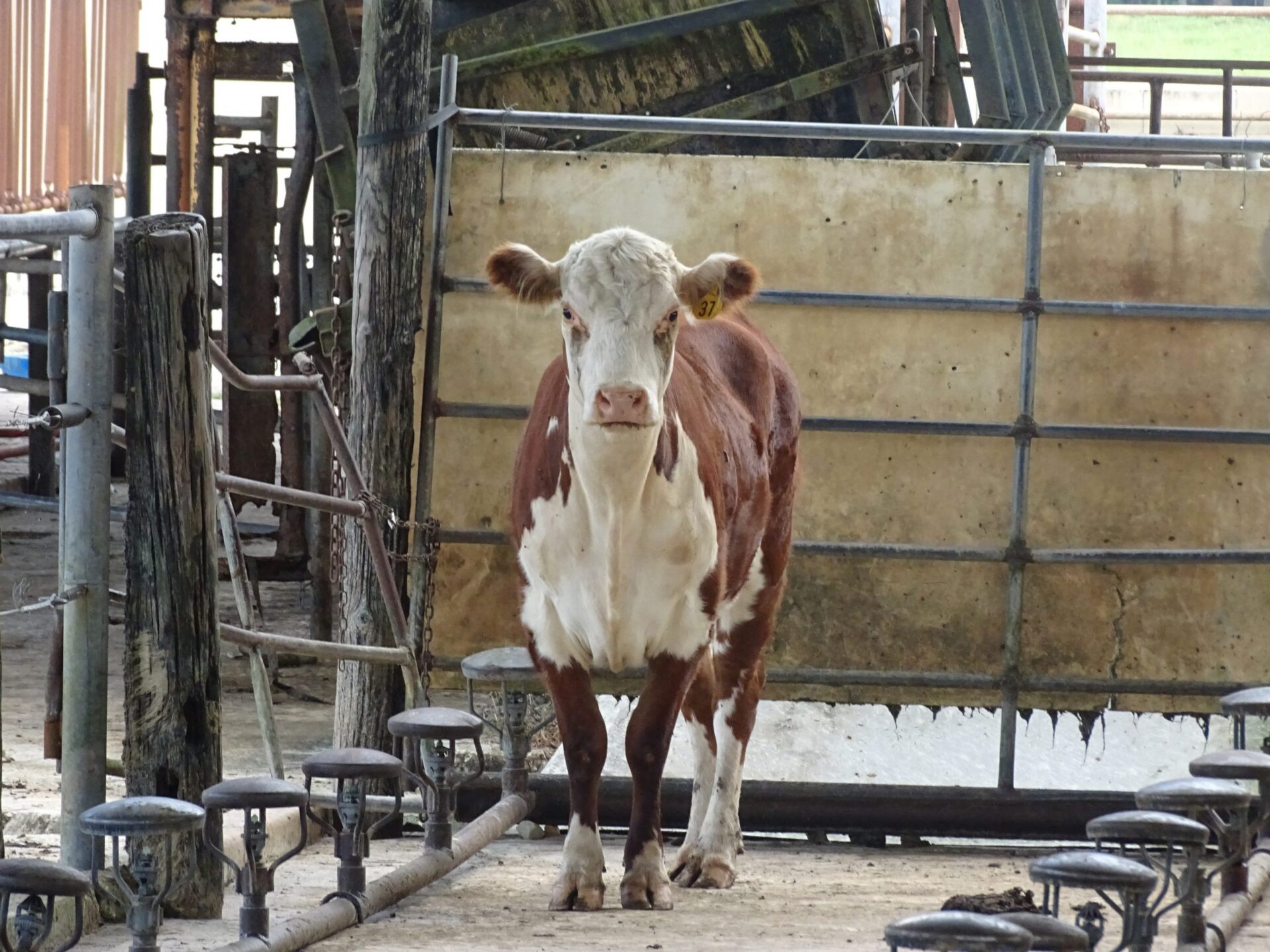 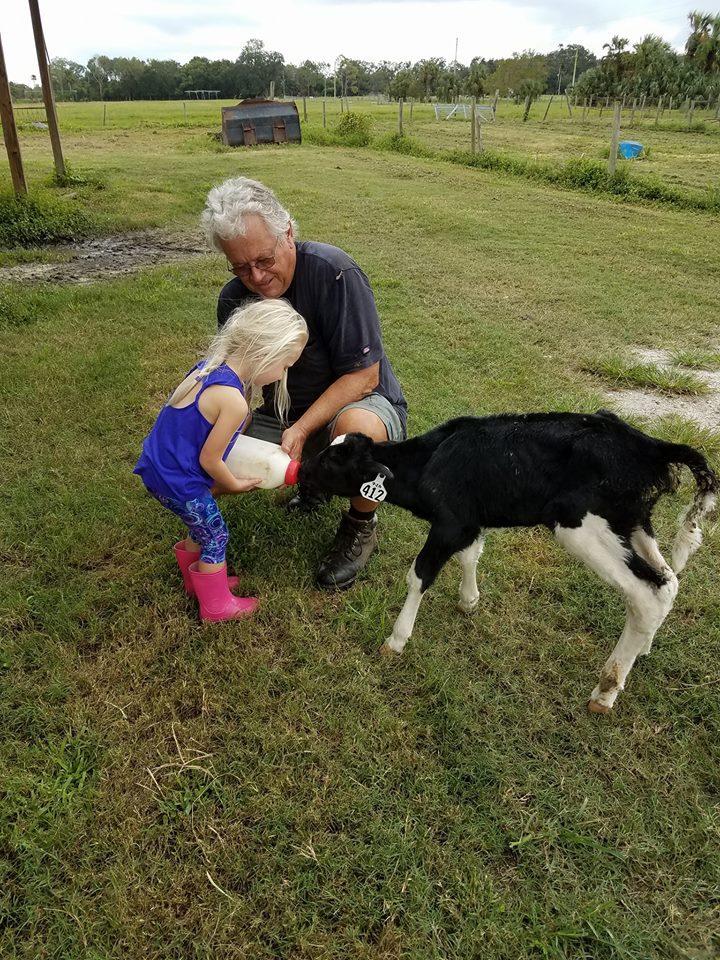 The slow but reliable, single-file evening migration to the feed troughs is diminished by many heads; across seemingly endless pasture, the choral lowing is an outro.

The future of the 300-acre farm on Lake Winona Road in DeLeon Springs is uncertain. The land may be sold for development, or the St. Johns River Water Management District could prevent that by paying the owners for a conservation easement.

The dairy was the last of its kind in Volusia County and in East Central Florida.

When his family moved here from Kansas in 1960, co-owner Gerald Fieser said, there were 30 dairy farms in Volusia County.

Fieser’s was always comparatively small. The operation produced 4,500-5,000 gallons of milk daily, but toward the end was supplying only two or three milk retailers, Fieser said.

It was the last of the old farms to supply T.G. Lee, through a milk cooperative.

Today, T.G. Lee Dairy, a division of Dean Foods, is Central Florida’s largest dairy. It has two processing plants located in Orlando and Volusia County, according to Fieser, who is a member of the Florida Dairy Farmers board of directors.

The milk business has changed significantly.

“There are only three buyers of milk in the state of Florida: Publix, Dean Foods and Borden,” he said.

The demise of Fieser Dairy was the result of “a perfect storm of bad things” in the industry, Gerald Fieser said.

Farmers like Gerald and his brother, dairy co-owner Karl Fieser, simply cannot afford to compete with the larger, more efficient dairies, he said.

“At the price of milk, you can’t afford to do it,” he said, adding, “I deal with more government agencies than I deal with cows.”

He’s not exaggerating by much.

“Dairy is one of the most regulated and inspected industries in agriculture,” according to the Florida Dairy Farmers website. “As part of the regulation process, dairy farms are inspected by both state and federal employees to ensure clean water and to minimize future environmental impacts.”

Dairy farmers work with the federal Environmental Protection Agency and Natural Resources Conservation Service, as well as with state departments of agriculture and local governments.

In 2003, the EPA strengthened the Clean Water Act, requiring farmers to submit and follow detailed plans for managing manure. Those plans must be continually updated to reflect new technologies, as well as changes in regulations and legislation.

“We’ve been approached by several government agencies about how we were going to comply with the new rules,” Gerald Fieser said. “They wanted us to show where all the manure went, and how I was going to keep water from running off the property.”

When it comes to the state’s water woes, Fieser disputes the cattle-culprit theory.

“Fifty years ago, there were probably three dairies in the area, and there was citrus,” Fieser said. “The springs were fine; they were clean and stayed clean for a long time.”

That was before a population explosion significantly increased the number of septic tanks, he pointed out.

“We tried to keep it very simple, collect solids, manure, and keep it off-site,” Fieser said.

About a year-and-a-half ago, Fieser said, he began negotiations with the St. Johns River Water Management District to create a conservation easement on the land.

“It starts with the DeLeon Basin Management Action Plan … Ours was the closest dairy farm to a spring in the state of Florida,” Fieser said.

If the Water Management District would pay the Fiesers for a conservation easement on the land, the Fiesers might be able to keep it, with a drastically reduced agricultural operation. He might keep a few beef cattle and use the land for ecotourism or agrotourism, he said.

The public would benefit, according to the Water Management District, by reducing nutrient-laden runoff that might affect DeLeon Springs.

“You either gotta grow or you gotta go,” Gerald Fieser said.

So, the Fiesers sold off the milk cows, keeping only young “replacement heifers,” and ceased dairy operations.

“We had been operating in good faith with the Water Management District for a year-and-a-half,” Fieser said.

About two months ago, he said, the plan fell apart.

“At the eleventh hour, they reduced the amount of the appraisal by a third,” Fieser said. “We took about a several-thousand-dollar hit. We’re just at kind of a loss.”

The Fiesers are still in negotiations with the Water Management District.

Fieser hopes to salvage the easement deal with St. Johns, but he has been approached by developers who want to divide the property into 10-acre parcels for development.

“I hate to see it broken up into 10-acre parcels,” he said. “It could have a lot of septic tanks out there if it’s developed.”

Neither Fieser nor Monson would disclose the dollar amount being discussed.