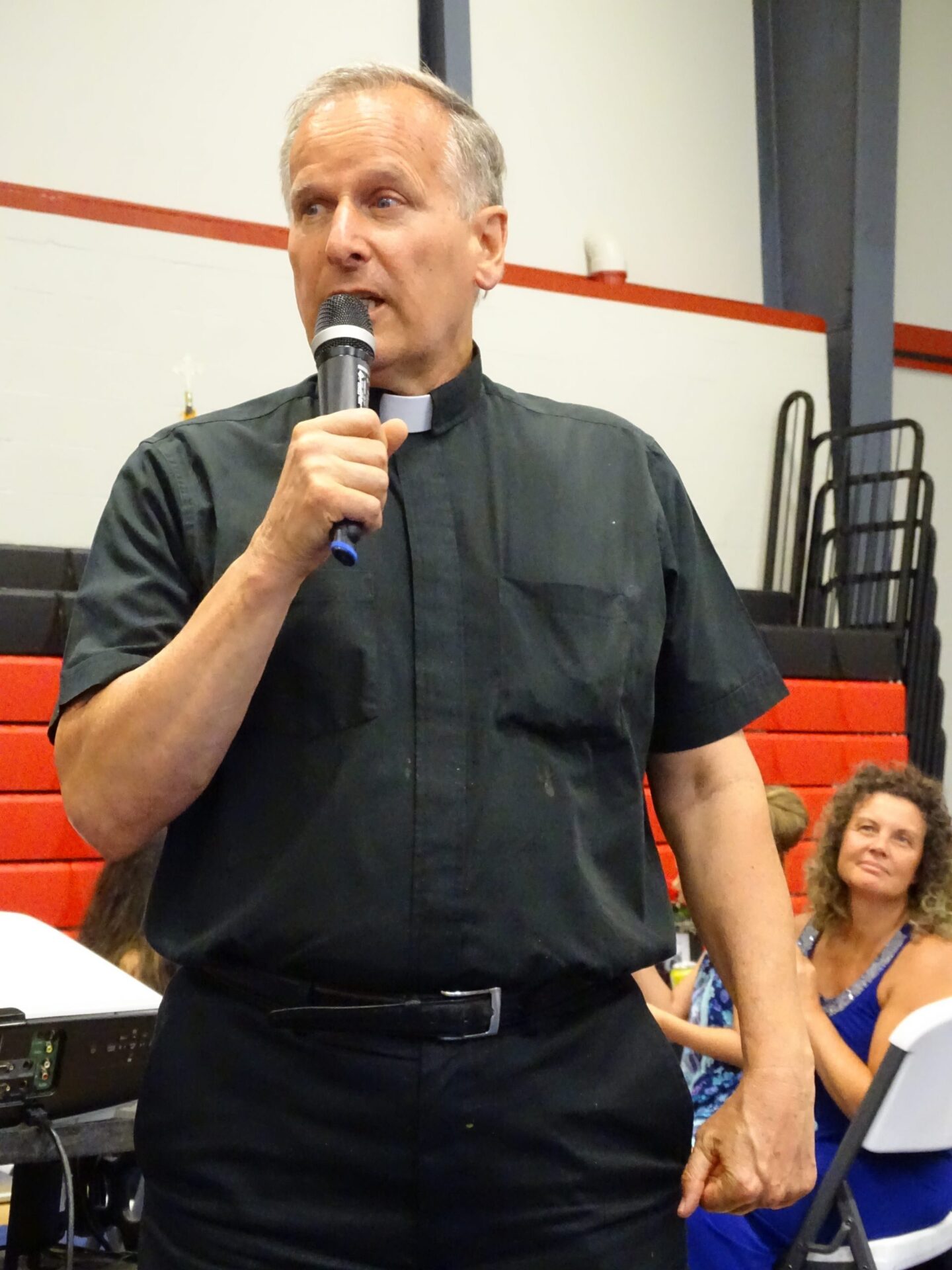 After 15 years as pastor of St. Peter Catholic Church, Father Tom Connery has been transferred by the Diocese of Orlando to St. Theresa Catholic Church in Belleview.

Earlier in June, Mayor Robert F. Apgar presented the beloved pastor with a certificate recognizing Connery for his contributions to our community and proclaiming June 24 as “Father Tom Day” in the city of DeLand. Dozens of members of the St. Peter family attended the City Commission meeting to watch.

The mayor’s presentation was re-enacted at the St. Peter Holy Family Life Center June 24 for the benefit of members of Father Tom’s family who joined more than 500 St. Peter parishioners and other friends at a goodbye luncheon catered by Brian’s Bar-B-Q.

Father Tom has endeared himself to many during his time in DeLand. He worked tirelessly to help the uninsured, the poor, the homeless and the many young people who were drawn to his meaningful homilies.

He was a driving force behind establishment of Good Samaritan Clinic, which provides medical and dental care to people in need. He also established Visitation House, a safe and nurturing home for pregnant women while they prepare for the birth of a child. Many of the women who benefit from the program are from dysfunctional families or abusive relationships.

In addition, Father Tom’s commitment to children led to outreach ministries to the Boys & Girls Club, Starke Elementary School in DeLand, and Family Renew Community, a nonprofit that provides temporary housing and support services to homeless families with children, enabling them to rebuild their lives.

Father Tom will not only be remembered by members of St. Peter Church, but also by the many other people whose lives he touched in our community.

— Mary Ellen Early is a parishioner at St. Peter Catholic Church. She wrote this for The Beacon.