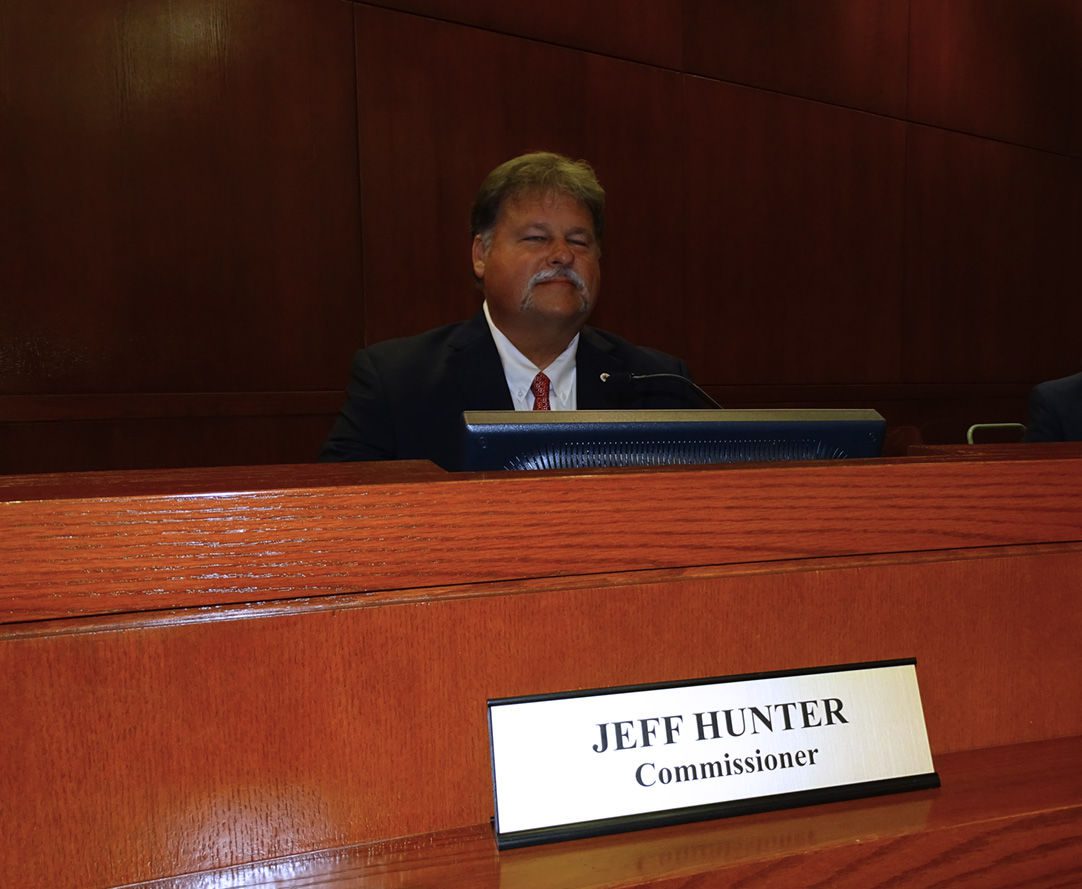 The governor is reviewing the case of the DeLand city commissioner arrested by state agents on drug-related charges June 27.

Florida law gives Gov. Rick Scott the discretion to suspend municipal officials accused of crimes, and to remove them from office if convicted.

If the governor suspends Hunter, the remaining four DeLand city commissioners will appoint a fifth member to the empty seat. If Hunter is found not guilty before his term ends in November 2020, the law provides that he would be reinstated.

Hunter said he would be glad to continue to serve, but doesn’t want to put DeLand in a bad light.

He said he will be keeping a low profile.

Hunter was charged with sale or delivery of hydrocodone — an opioid painkiller — after a Florida Department of Law Enforcement investigation.

The State Attorney’s Office formally filed the charge June 28. Hunter said the charges were fabricated by a woman he dated briefly in 2017.

He pleaded not guilty to the charge and was released from jail hours after his June 27 arrest, on $25,000 bail.

According to a charging affidavit, investigators found more than 120 voicemail messages from Hunter on the phone of the woman he had dated. In several of the messages, Hunter seemed to either offer her pills, or acknowledge giving her some earlier.

The investigation into Hunter was started and the messages were discovered after Hunter told detectives from the Sheriff’s Office in October 2017 that he had been defrauded by the 24-year-old DeLand woman.

The Beacon is not naming the woman because she has not been charged with a crime.

Her boyfriend, Jose Santiago, was arrested in December 2017 on extortion charges, after he allegedly demanded money from the commissioner under threat of giving police evidence against Hunter.

Hunter said the current charge against him is the woman’s attempt to get back at him for having Santiago arrested.

Santiago’s case is still pending and has yet to go to trial.

In sworn statements, the woman told investigators Hunter had provided her pills from his hydrocodone prescription between seven and 10 times.

“Hunter would give her pills prior to each political event she attended with him, and on approximately three occasions, Hunter dropped off the pills to her by leaving them in her father’s mailbox,” the affidavit said.

Hunter had a legitimate prescription for hydrocodone starting in June 2017, providing 120 10-milligram pills each time the prescription was filled, investigators found.