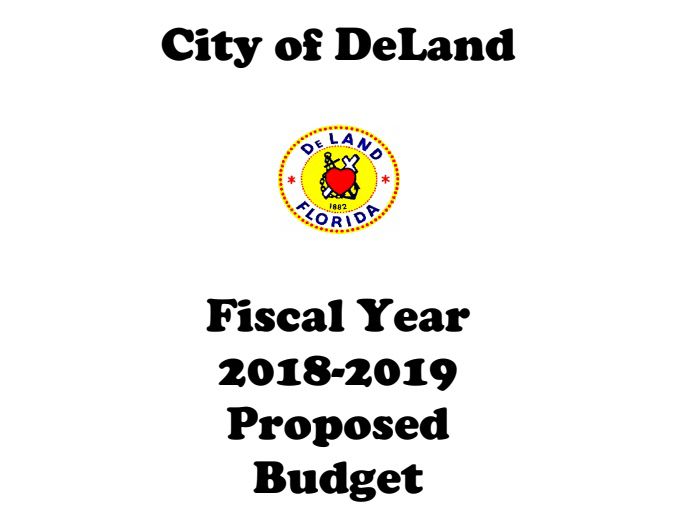 Sitting through hours of hearings on the financial wants and needs of DeLand’s various city departments is not many people’s idea of a good time.

Yet, that’s what the DeLand City Commission did last week, and as dutiful watchdog reporters, Beacon Publisher Barb Shepherd and I witnessed the excitement. A handful of residents attended.

Budget hearings are a yearly ritual in DeLand and other cities around this time of year.

Weeks beforehand, City Manager Michael Pleus finishes a draft budget, which typically includes what he views as the city’s most pressing needs.

For the leaders of the city’s various departments, Pleus’ version typically leaves much to be desired.

So, over the span of a few days, the head of each department — from police and fire to parks and recreation — appeal to your elected officials for a larger slice of the taxpayer’s dollar.

And everybody wants a drone, apparently. A simple photo-and-video drone (for $2,500) for the city’s spokesman, but a more rugged — and pricey — heat-sensing drone for the Fire Department.

Not only those inside the city have their hands out, either. The Volusia County School Board wanted $69,000 from the City of DeLand for its new “school marshal” program, which would put armed personnel in the county’s elementary schools.

“This was the hardest budget I’ve ever had to balance,” City Manager Michael Pleus said. “I see the needs every day.”

Pleus resisted adding new staff positions, in large part because of Amendment 1, which will appear on ballots in November.

The measure would give homeowners a third homestead exemption, on the value of their home between $100,000 and $125,000.

While the measure might be good for a select set of people who own more-valuable homes, it would blow an estimated $595,000 hole in DeLand’s budget, if passed.

That might not sound like much in an $82 million city budget, but to a city that still employs fewer people than it did in 2006, despite adding nearly 8,000 residents, it could mean drastic service cuts or tax increases. Pleus was reluctant to hire people he might have to lay off next year.

Commissioners definitely got a taste of that difficulty.

“I think this is the most we’ve disagreed on stuff in a while,” Commissioner Chris Cloudman said, at the conclusion of the hearings. “I think it’s good for us.”

Not everyone got what they wanted. The Police Department’s roof will wait another year, and the School Board will have to settle for $20,000 for its armed “guardians,” for example.

The City Commission managed to keep the city’s proposed operating millage rate the same as it is this year, at 6.8231 mills, or about $6.82 per $1,000 of property value.

The rate is ever-so-slightly lower than this year’s total millage of 7.0775, but it’s still a tax increase, because property values in DeLand rose by an estimated 10.4 percent.

The City Commission directed Pleus and his staff to find more savings, in the hope that they’ll be able to bring the rate down a bit further. The proposed rate will be sent out in August to homeowners in Truth in Millage, or TRIM, notices.

Then, in a pair of public hearings in September, the commission will finalize the city’s budget and millage rate.

They may lower the rate from the 7.0584 mills that will be printed on this year’s TRIM notices, but they can’t raise it without sending out another notice, at the city’s expense.

All in all, if you’d ever like to learn more about how your city government works and the challenges its employees face in bringing you everything from baseball fields to police protection, I highly recommend dropping in on a budget hearing or two, next time around.