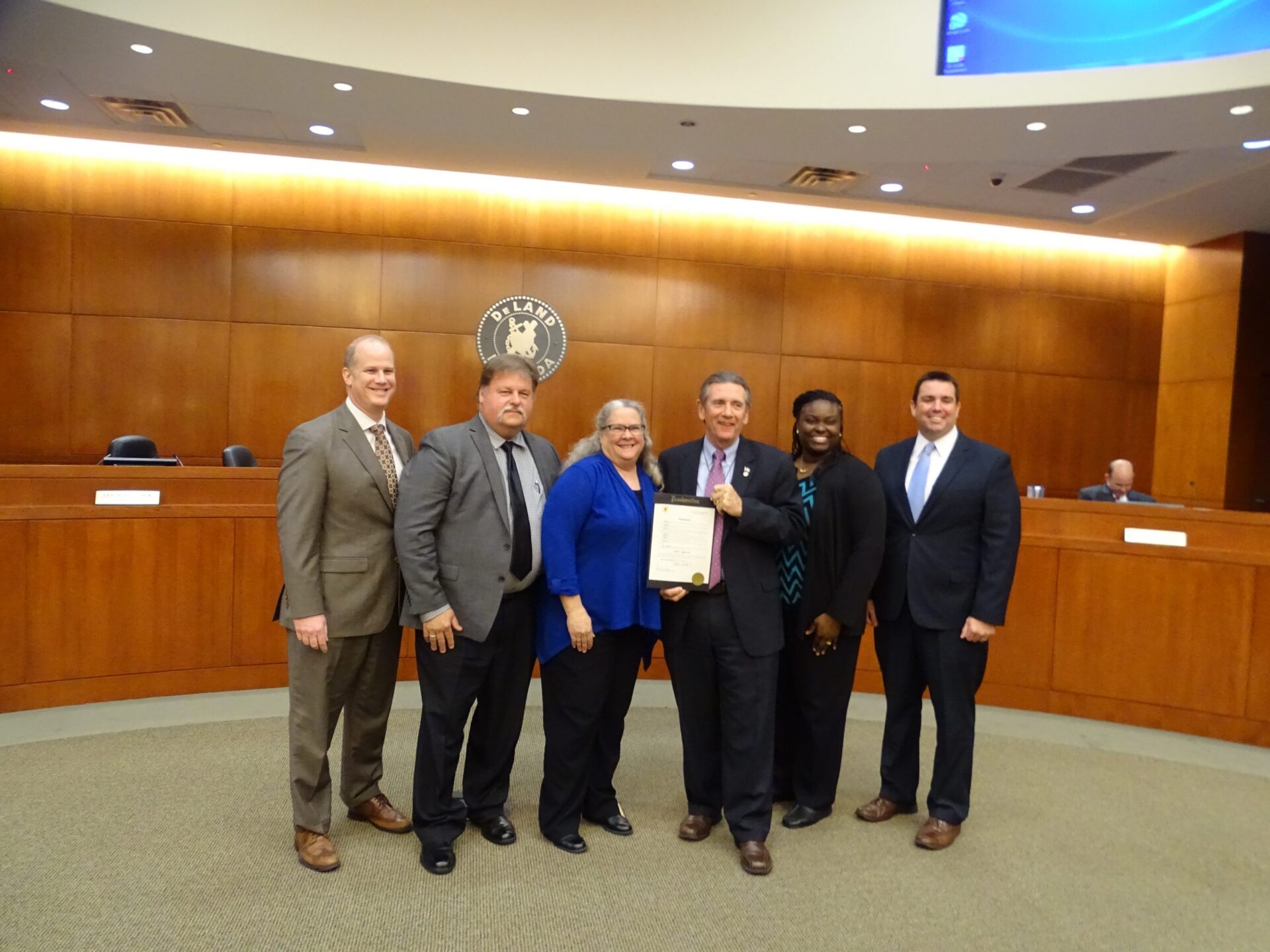 A baker’s dozen worth of people, including two former city commissioners, have applied to fill the seat on the DeLand City Commission left vacant by Jeff Hunter’s suspension.

The city solicited applications for the seat after Florida Gov. Rick Scott suspended City Commissioner Jeff Hunter, who was arrested June 27 and charged with selling or delivering hydrocodone, an opioid painkiller and a Schedule II controlled substance.

Now begins a three-week-long frenzy of discussions, interviews and decisions, as the remaining four commissioners work against a 45-day deadline to fill the seat.

The commission will review the applications and create a shortlist at its Aug. 6 regular meeting.

Commissioners will then interview the candidates at a 6 p.m. special meeting Thursday, Aug. 9, and at a 6 p.m. meeting Monday, Aug. 13, if necessary.

Once the interviews are said and done, the commissioners will select a replacement, to be sworn in at the board’s Aug. 20 regular meeting.

The State Attorney’s Office formally filed the charge that led to Hunter’s suspension June 28, after a monthslong Florida Department of Law Enforcement investigation.

Hunter said the charge was fabricated by a woman he dated briefly in 2017, in retaliation for Hunter getting the woman’s boyfriend in trouble. Hunter pleaded not guilty to the charge and was released from jail hours after his June 27 arrest, on $25,000 bail.

A pretrial hearing is currently scheduled in Hunter’s case Aug. 10.