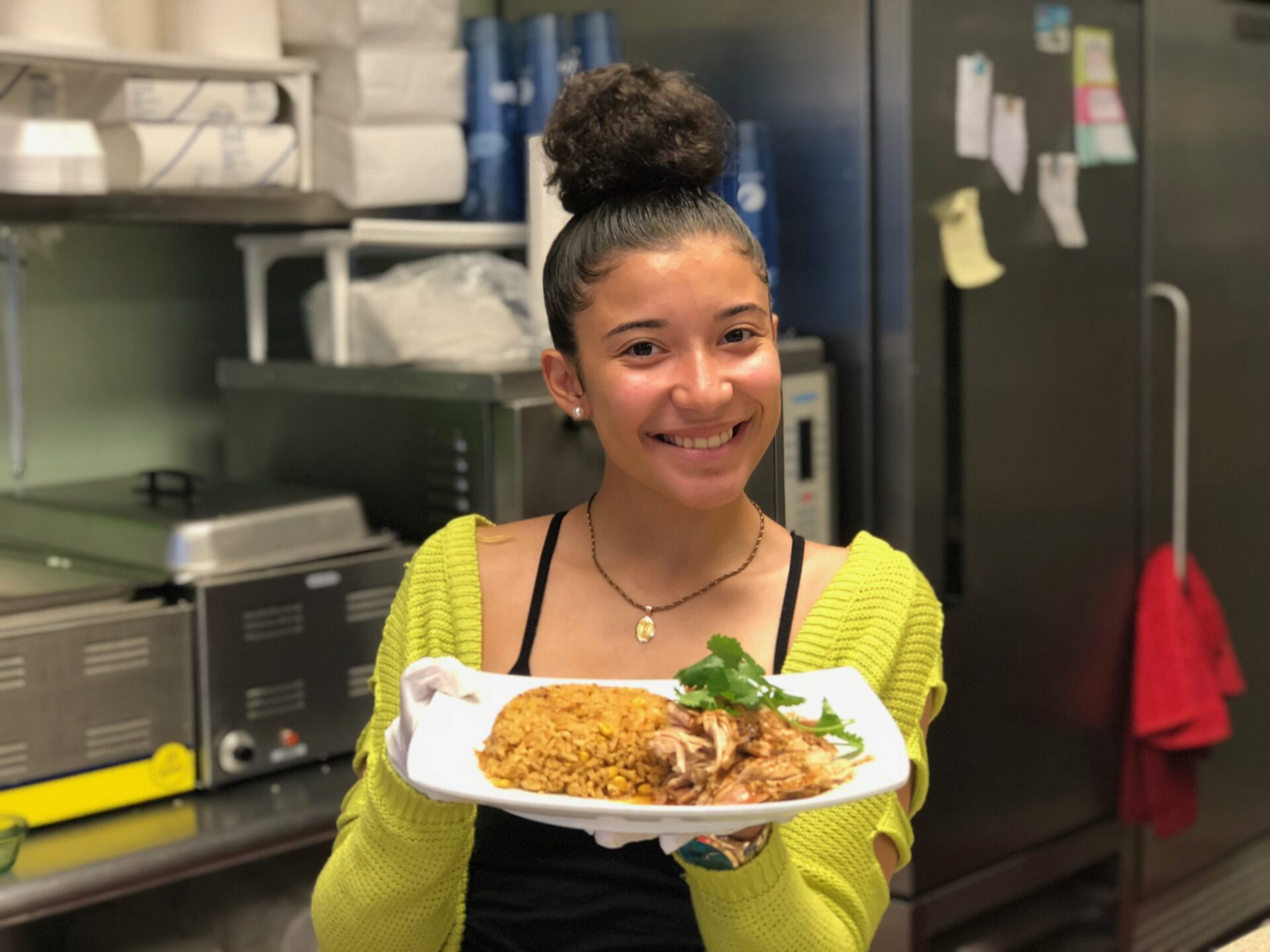 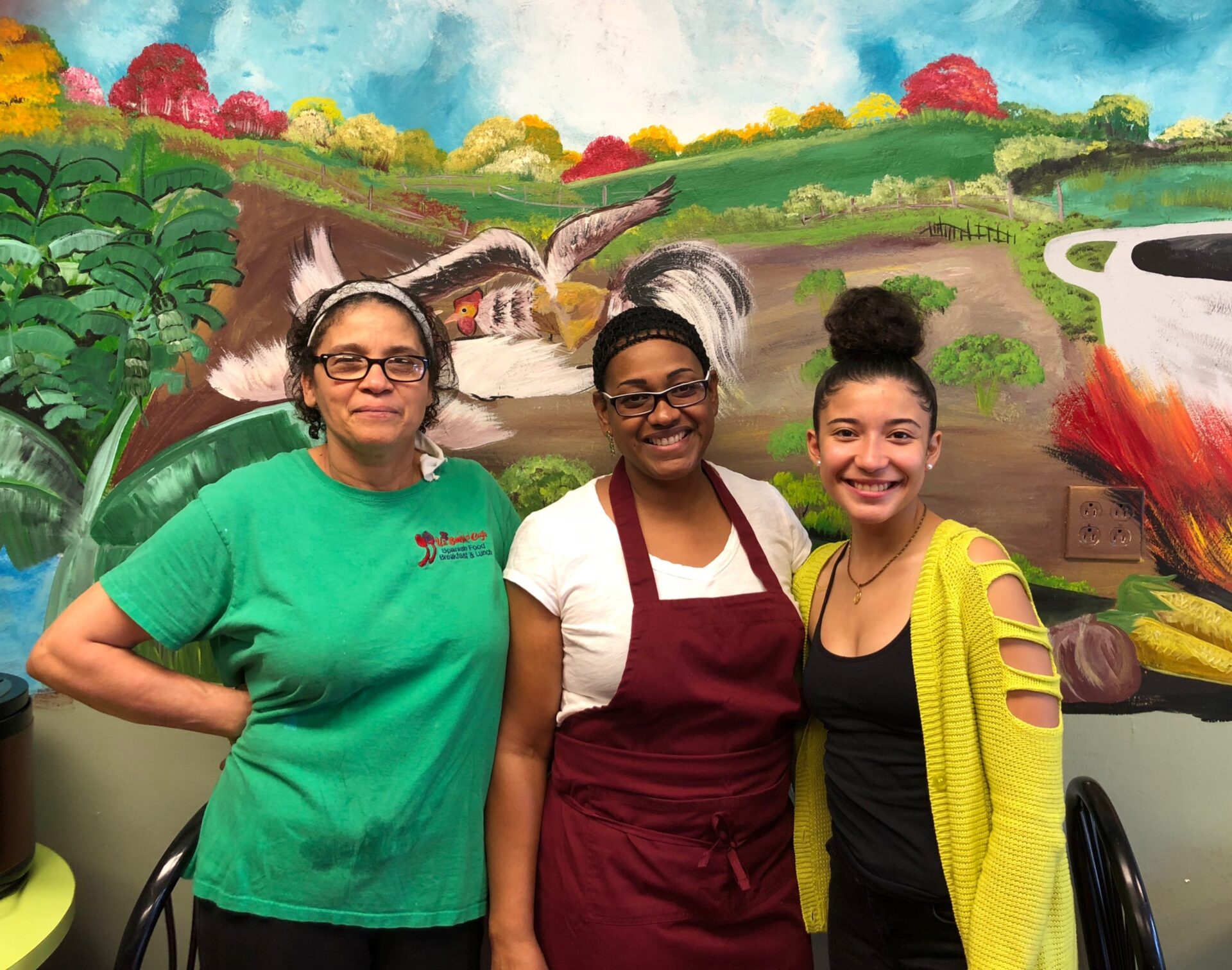 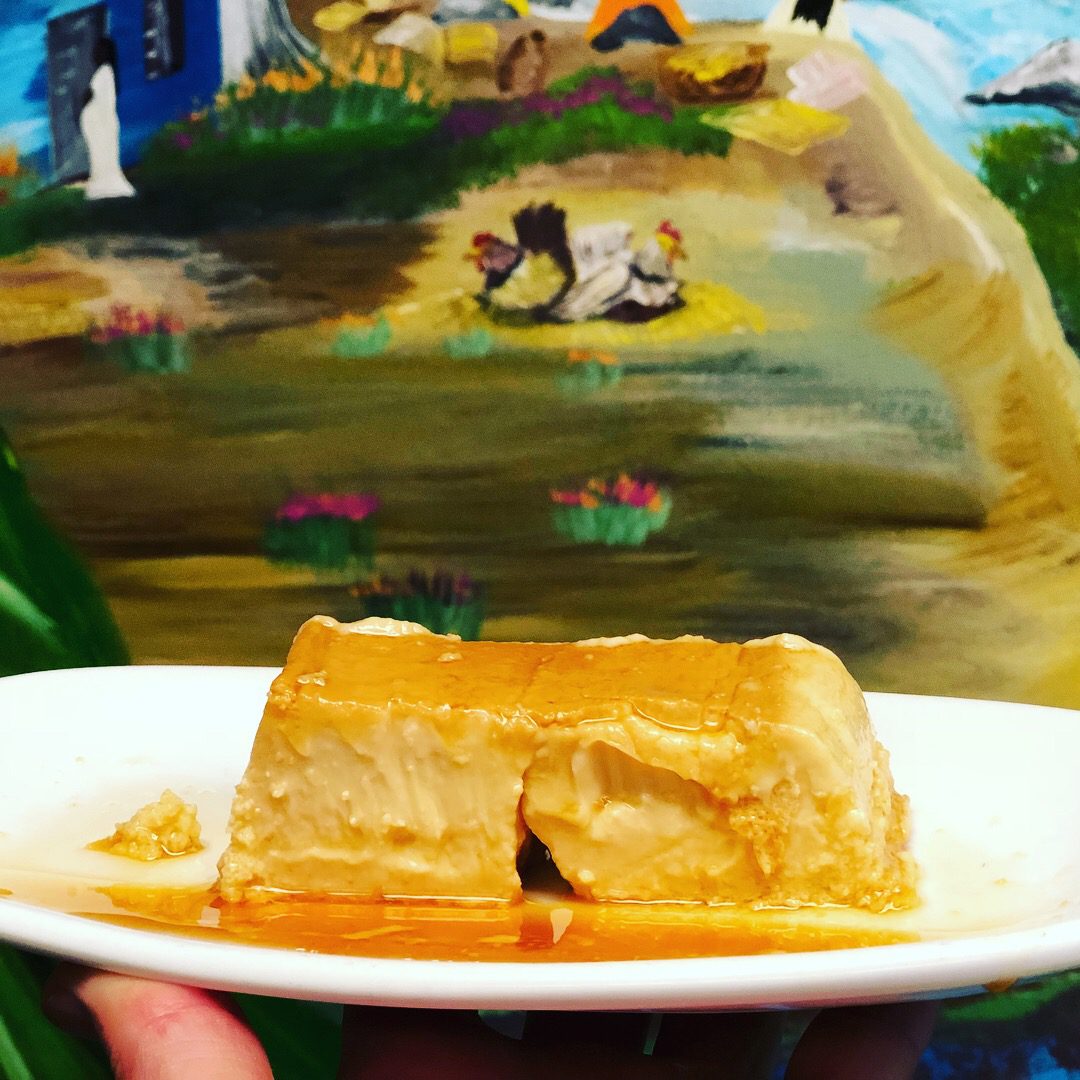 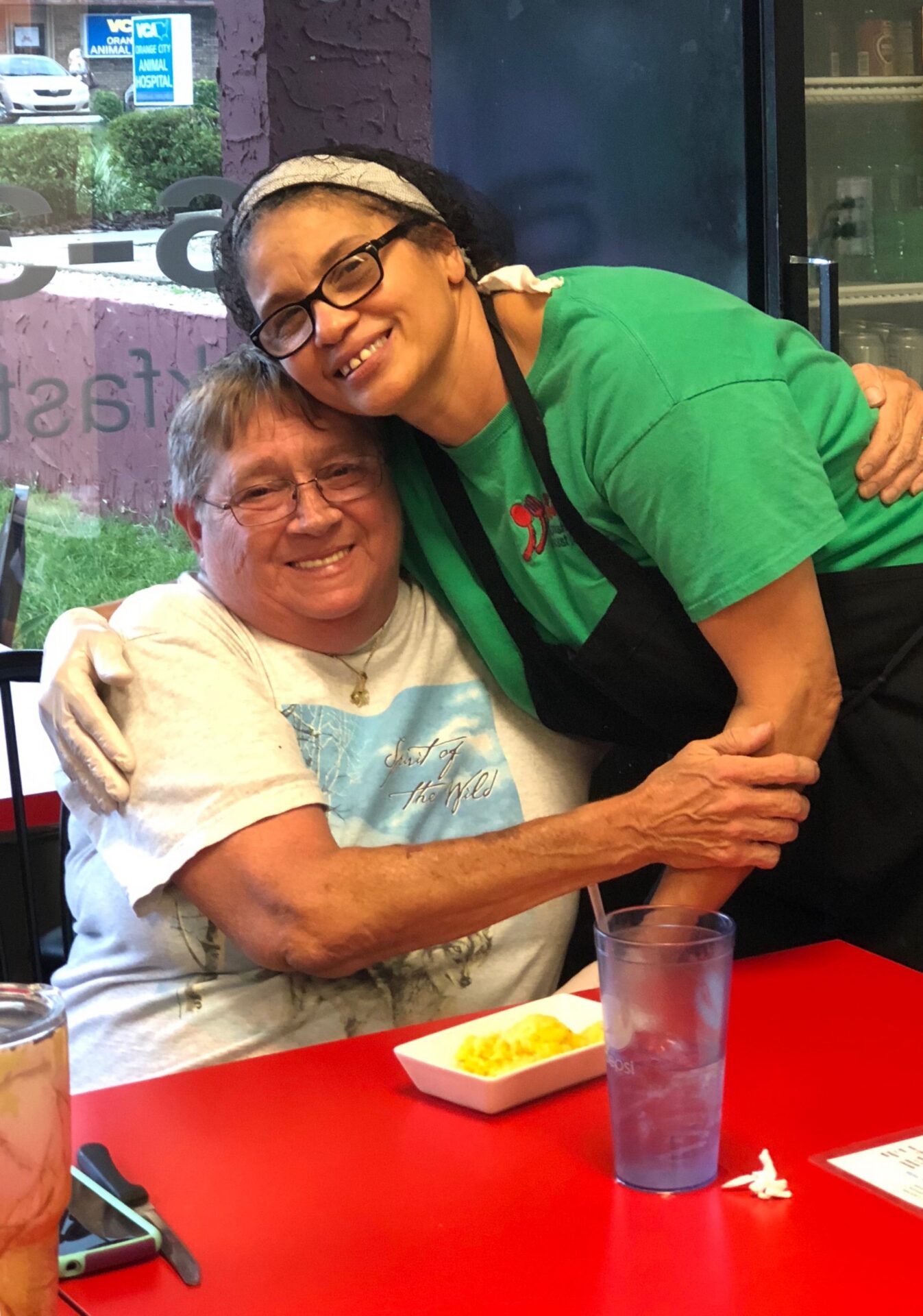 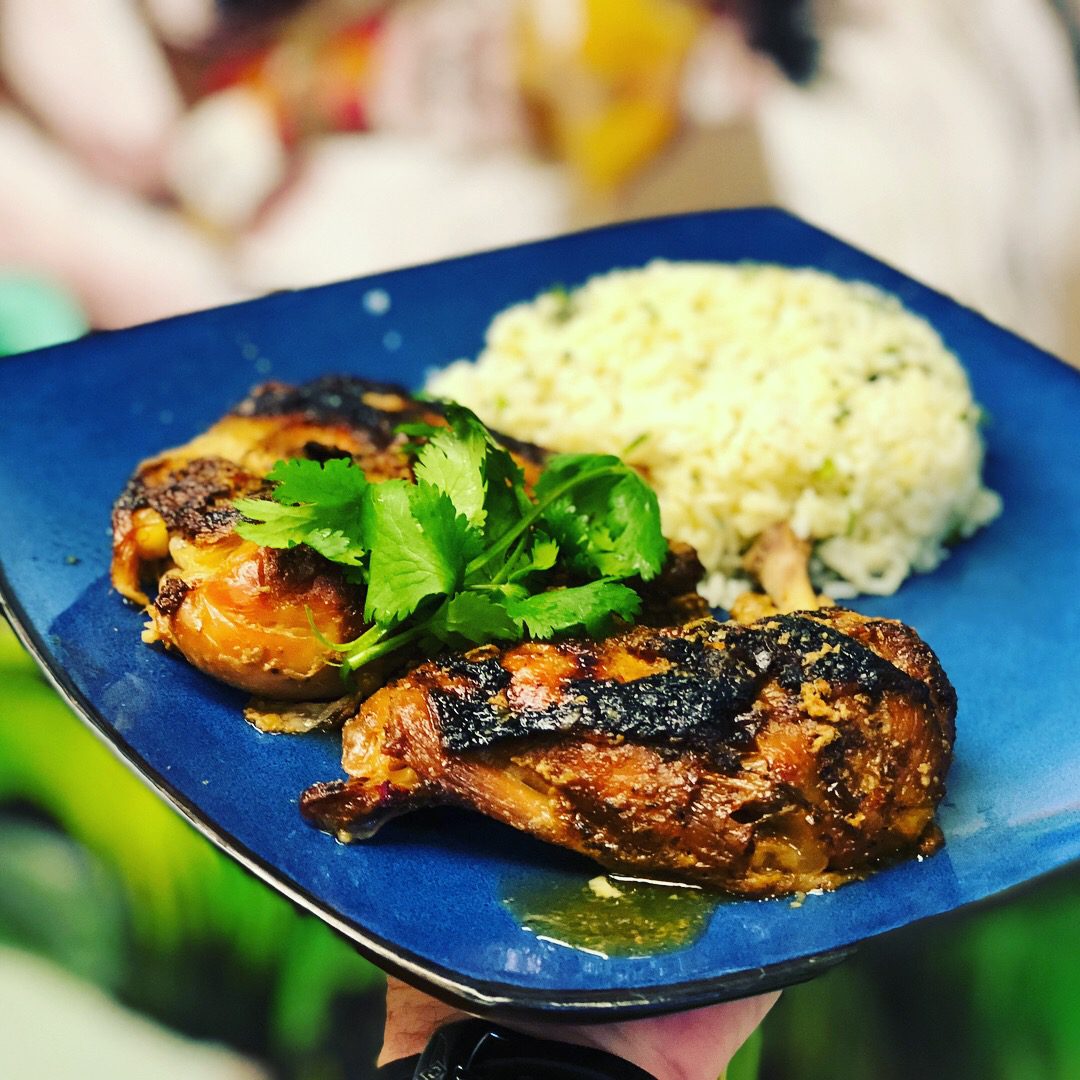 “Hola, buenos días,” owner Francisca Rodriguez said with a big smile as I entered her cafe at 1151 S. Volusia Ave. in Orange City.

Un Sueño Cafe is tucked away in a little shopping village next to Lil’ Shop of Haircuts on Volusia Avenue (U.S. Highway 17-92).

The 24-seat cafe is open for breakfast, lunch and dinner Monday through Saturday, and is closed on Sundays. I stopped in for desayuno (breakfast).

Rodriguez was born and raised in the Dominican Republic. She cooked for a restaurant in Puerto Rico for nine years before coming to America, where she worked for Don Pablo’s, a Tex-Mex chain, for 17 years.

She had 26 years of experience under her belt before she had un sueño (a dream) that she had opened a restaurant.

And, that’s how the Orange City cafe got its name. Upon entering, your eyes are drawn to a giant, colorful mural painted by artist F.R. Campeche. It depicts Puerto Rican and Dominican culture, with vibrant waterfalls, a giant pot with flames, Latin food ingredients, fighting roosters and little island villages with foliage.

Bright green tables fill the cafe, with bar stools along the counter, where a large menu board hangs on the wall. The choices are all in Spanish, with English translations underneath.

For breakfast, which is served all day long, your choices include items such as avena (oats), revoltillo de huevos (scrambled eggs), a sandwich with jamón, queso y huevo (ham, cheese and egg), and my selection: mangú con huevo y salami (mangú with egg and salami).

Mangú is a traditional Dominican breakfast side dish composed of boiled plantains.  It’s a plantain hash of sorts, served with eggs the way you like them, chunks of salami, cotija (mild white) cheese and sauteed onions.

I added the cafe’s homemade hot sauce, which has a nice bite of heat, and the dish became an instant favorite.

Our group of foodies tried a combination of the dishes, all of which are made from scratch by Rodriguez. Server Celyan Melendez, a senior at Deltona High School, helped translate and answered our questions.

We tried a delicious pernil y jamón (roasted pork and ham) sandwich. The pork was tender, flavorful and made with love.

The steak with onions had wonderful Latin seasonings and was served with the arroz del dia (rice of the day), yellow corn rice.

You feel as if you are in Francisca Rodriguez’s home when she comes out of the kitchen in her apron, excited to show you what she’s been cooking.

She brought out her fresh-made pan de maíz (cornbread) sprinkled with cinnamon. The cornbread, which looks a little like cornbread pudding, was so good I wanted to give someone a hug.

“My favorite dish to make is my flan,” Francisca said.

With a creamy texture and sweetness, the flan served cold made for a perfect ending.

“Francisca is here six days a week cooking and prepping, and I really think she never sleeps,” server Melendez said.

For the adventurous eater and those who love authentic Latin food, Un Sueño Cafe is a hidden gem in Orange City.

Spanish is the main language spoken, but Celyan will be more than happy to help you with any preguntas (questions).