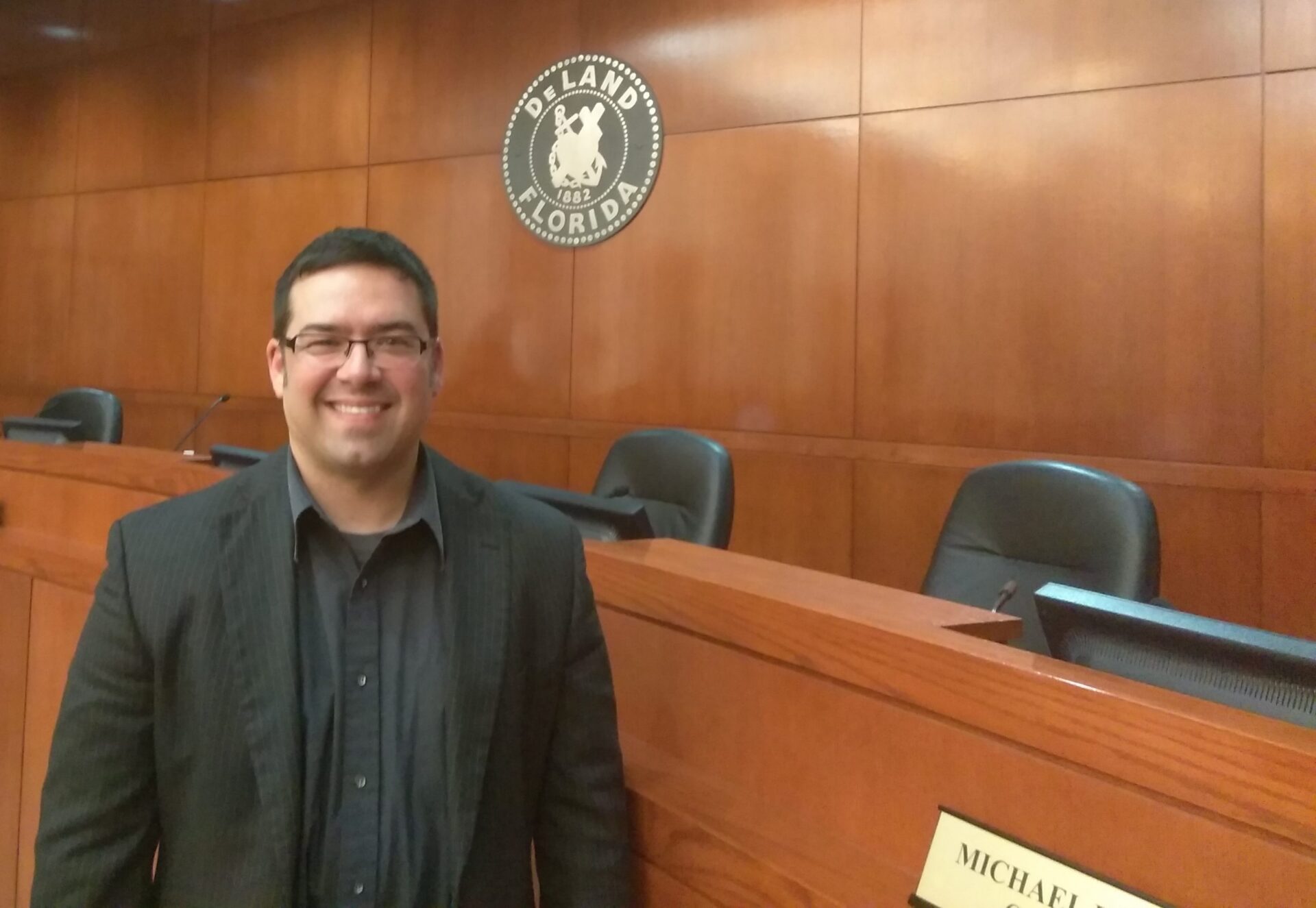 DeLand city commissioners picked a familiar face to fill the seat left vacant by the suspension of Commissioner Jeff Hunter.

Charles Paiva, who served in Hunter’s seat 2001-05 and 2007-16, will serve out the remainder of Hunter’s term until it ends in November 2020, unless Hunter is acquitted of the charge that saw him suspended by Gov. Rick Scott last month.

Hunter was arrested June 27 and charged with selling or delivering hydrocodone, an opioid painkiller and a Schedule II controlled substance. Hunter said the charge was fabricated by a woman he dated briefly in 2017, in retaliation for Hunter getting the woman’s boyfriend in trouble.

Hunter pleaded not guilty to the charge and was released from jail on $25,000 bail hours after his arrest.

The city solicited applications from those interested in filling the seat, and Paiva was one of 13 who applied. At a special meeting Aug. 9, commissioners narrowed the list to seven.

The finalists were interviewed for about 20 minutes each at another special meeting Aug. 13. Applicant Tom Robertson, who was in England on a long-planned family trip, was interviewed by video conference.

Mayor Bob Apgar and the other three commissioners said choosing among seven qualified, civic-minded DeLandites was a difficult challenge, but their ballots pointed toward a clear winner.

Each of the four picked Paiva as their first choice, giving him 40 points. Robertson, a financial planner, was a distant second, with 12 points. The only other finalists to garner votes were Reggie Williams, with 11 points, and Buz Nesbit, with one point.

Paiva will be sworn in at a 6:45 p.m. special meeting Monday, Aug. 20, shortly before that day’s 7 p.m. regular meeting of the DeLand City Commission.

“I’m excited to be back up here and kind of continue on with some of the items that we started prior to me being off,” Paiva said. “I’m just looking forward to continuing our success and continuing on with our award-winning ways.”

While the appointment is technically temporary, unless Hunter is acquitted of the charge against him, Paiva stands to serve out the remainder of Hunter’s four-year term.

Should that come to pass, Paiva isn’t ruling out making a more permanent return by running for election.

“Certainly, depending on the dynamics of things, I would not rule that out,” he said.