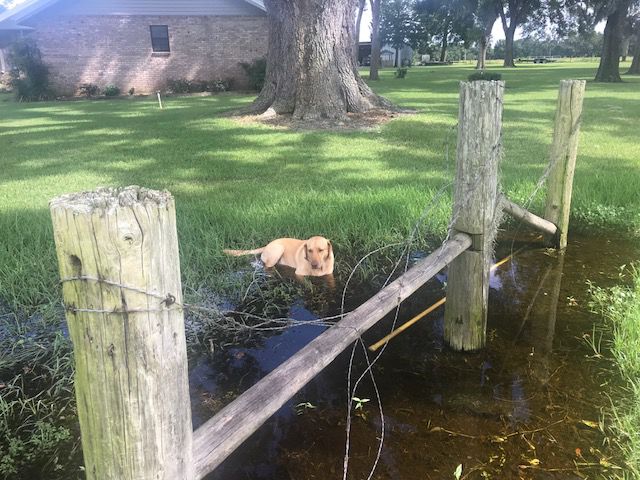 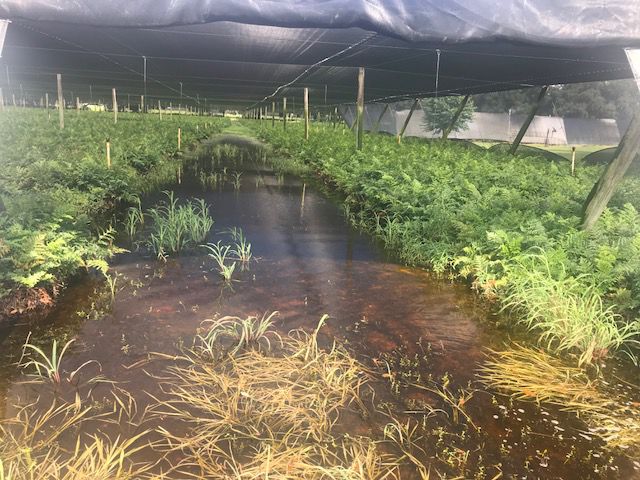 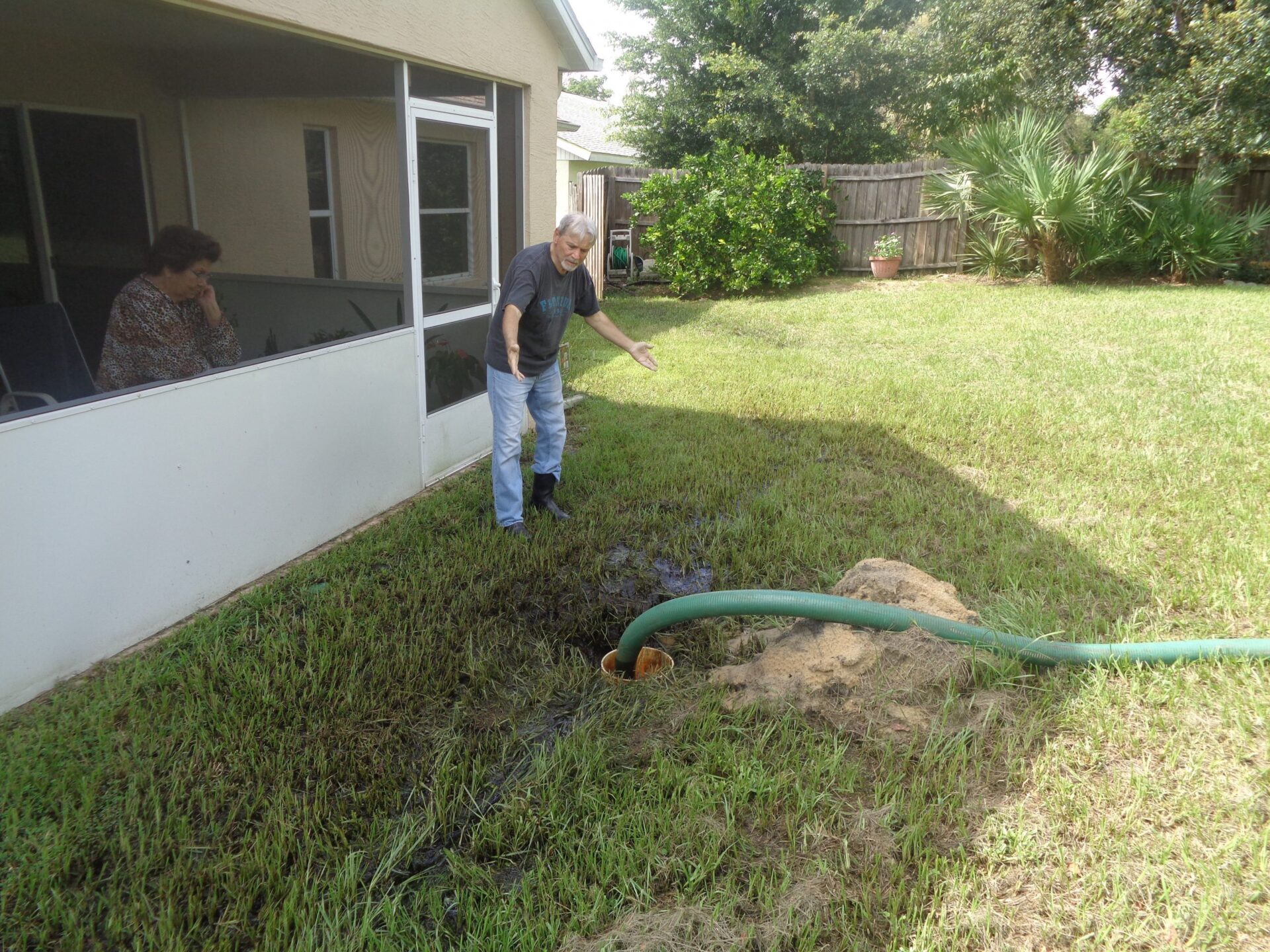 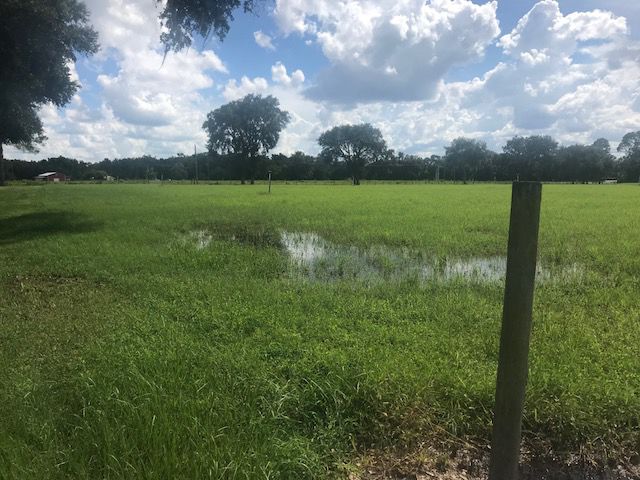 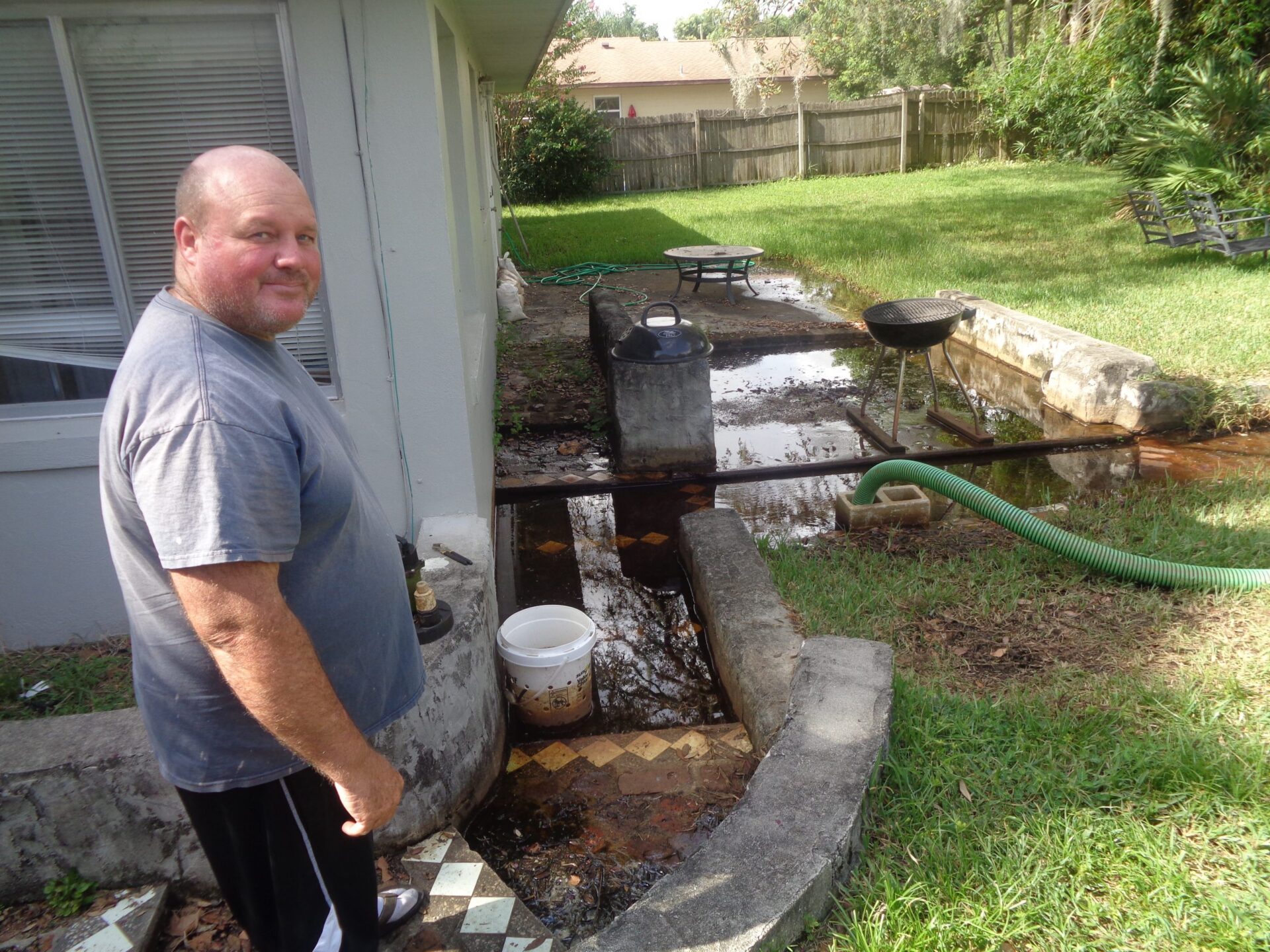 Fears of rising sea levels may abound along coastlines, but some Deltonans have their own high-water woes.

Richard Similio’s home on Leland Drive in Deltona is surrounded by soupy ground.

“We have been here since ’04, and we went through three hurricanes. We didn’t have a problem,” Similio said. “The water table is so high, it isn’t going anywhere. How long do we have to live like this?”

There may not be a quick solution. Deltona Interim Public Works Director Dave Denny acknowledged the drainage difficulty, but said the city may have to wait for approval of a system to help the residents.

“We would have to design it, and it has to be permitted, and we have to construct it,” Denny told The Beacon.

He said the city would likely require approval from the St. Johns River Water Management District and perhaps the Florida Department of Environmental Protection for any permanent drainage system along and around Leland Drive. That could take months.

A wetter-than-normal rainy season is largely to blame for the near-flooding that vexes Similio and others.

The standing water in Similio’s front yard gives part of his property the appearance of a rice paddy.

So far, water has not intruded into his home, but he wonders how long it will remain at bay, especially as he can dig only a foot or so below the surface of his lawn and strike water.

Similio has some sandbags close by, just in case.

The threat developed this year, he said.

“Even with [Hurricanes] Irma and Matthew, we didn’t have a problem,” Similio added.

Deltona public-works crews have installed pumps and hoses to take away some of the water, but more wet stuff keeps coming up from the ground.

Why now, after all these years?

Similio is convinced a municipal water project adjacent to his property may be responsible.

Deltona engineered and developed a system of rapid-infiltration basins — man-made retention ponds — to ensure that stormwater and rainwater would percolate into the ground and recharge the aquifer.

The city-owned pumps are taking water in Similio’s backyard to an infiltration pond. The water project covers several acres, and those acres have been cleared.

“They removed all those trees. Trees remove a lot of water,” Similio said.

Denny could not say whether the removal of oaks and other vegetation in back of Leland Drive had affected the water levels.

Some relief may come from making certain the rights of way along Deltona’s streets are clear of dirt and debris.

The swales, or shallow ditches, serve as an alternative to curbs and gutters, as water is supposed to flow into them and away from the property.

Meanwhile, Similio hopes and prays a hurricane or tropical storm, such as Tropical Storm Fay in 2008, does not come this way. September — the height of the hurricane season — is just days away.

“They say it could take six or seven months until we get a permanent solution,” Similio said.

Read how farmers in Seville are handling the moisture on the next page.

Rainfall has Seville farmers asking, ‘How much is too much?’

“We don’t need this rain,” she announced just before 7 p.m. Aug. 11, as the heavens opened. However, “God knows best … but, ugh,” Braddock concluded.

“There is so much water everywhere,” she told The Beacon Aug. 13. “We had 3 inches Saturday night in an hour-and-a-half; last night, almost 4 inches.”

“We cannot seem to get dried out,” she added. “It’s a real mess in Seville.”

The last time Braddock recalls Seville being this saturated was in 1994, the year her son was born.

“I couldn’t get out of the driveway in my car because there was so much water,” she said.

North of Lori and Adam Braddock’s farm and fernery on U.S. Highway 17, Perez Nursery — flanking the highway — is underwater.

The Braddock family’s 4-acre fernery also is waterlogged to inaccessibility. Ten acres of hayfields are swamped.

“Our fernery rows are underwater,” she said. “You can’t even drive down them for fear of getting stuck.”

A 1-acre pond is full-to-overflowing, according to Braddock, who said the amount of standing water on their property is more substantial than that which typically follows a hurricane.

This soppy situation has the potential to create costly and laborious problems for the farmers.

“If we get a significant amount of wind, we will have a mess because the anchors [holding the saran shading the fern] and trees are barely holding on,” Braddock said.

Jana Register, director of sales and marketing at FernTrust in Seville, is a lifelong resident of the area. Her family’s 160-acre farm, just off of Highway 17, has water in areas where no one can recall seeing water standing before, she said.

“One of the things that brought early settlers to Seville was the high, dry, sandy soil; citrus loved it,” she said.

“But we have a clay layer that inhibits drainage at a certain point,” she said. “Fern likes a well-drained soil. When we see water begin to puddle and the soil becomes saturated, then we have a problem.”

Register said days and days with no lengthy dry spell saturate the foot or root of the plant.

Another hardship occurs when fertilizers and pesticides wash off of the plants, leaving them further vulnerable to disease, she said.

Last year, Register said, the farmers were entrenched in drought.

“The hayfields … we were worried about how to feed the cattle,” Register said. “The lakes and ponds were so low, we had to extend fences.”

As for this year’s hay, there’s no harvesting until the earth is completely dry, according to Braddock.

“If, by chance, you mowed prior to Saturday and [it’s] not baled, you lost it,” she said. “It would be moldy.”

In that case, she said, burning to get rid of the mold is the only option.

“Farming is not for the weak, that’s for sure,” Braddock said.

“You know that you have to deal with Mother Nature,” she said. “I’m confident it will work out, but it gets tough.”

She and Braddock sympathize with the owners of the flooded nursery.

“We’re seeing water all along Highway 17, and between 17 and the railway almost looks like ponds,” Register said.

She said Perez Nursery, which has been in the area since the early 1990s, has never experienced flooding such as this.

“They are fighting a battle right now,” Register said.

“It breaks my heart to see the nursery down the road,” Braddock added. “It’s just awful. We are bad, but there are so many people worse [off].”