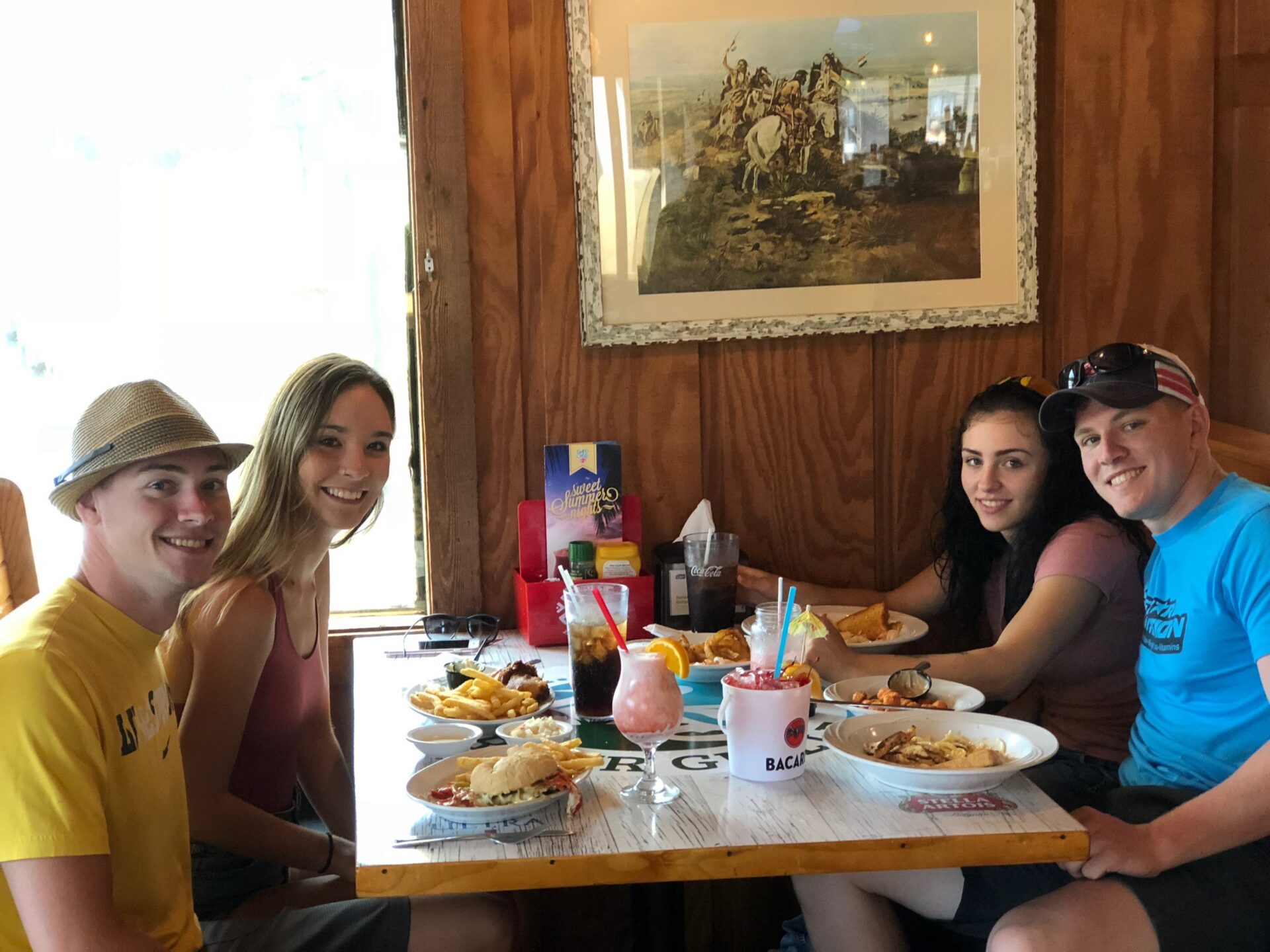 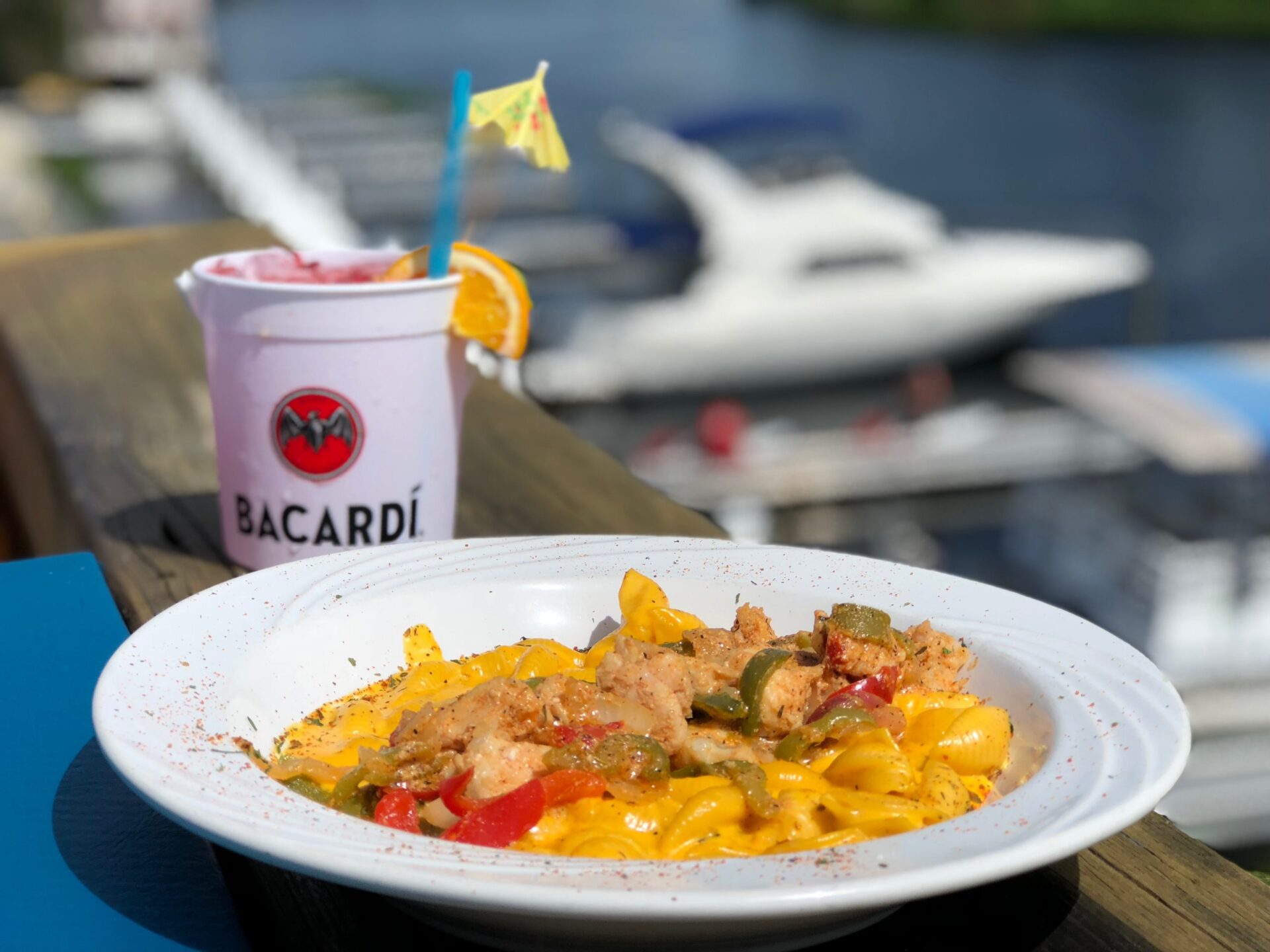 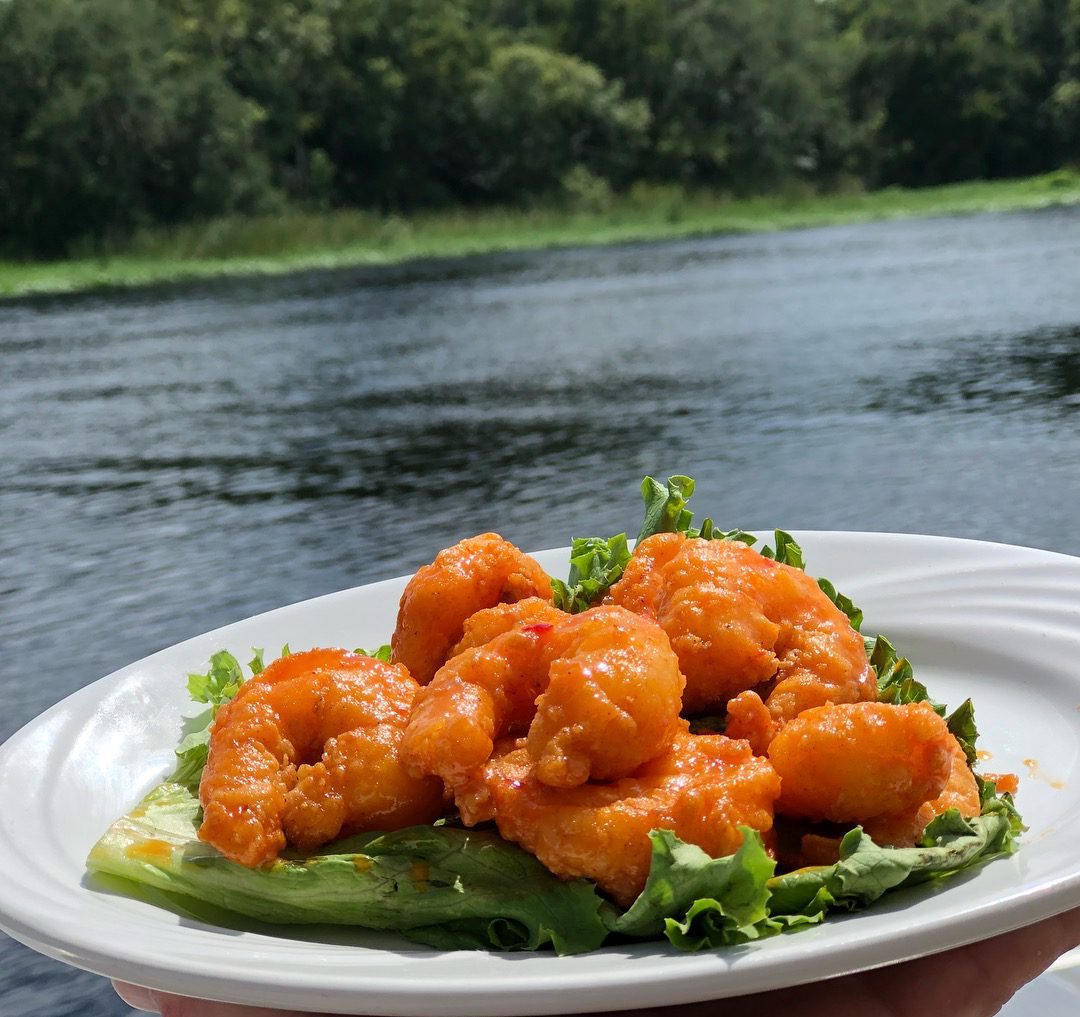 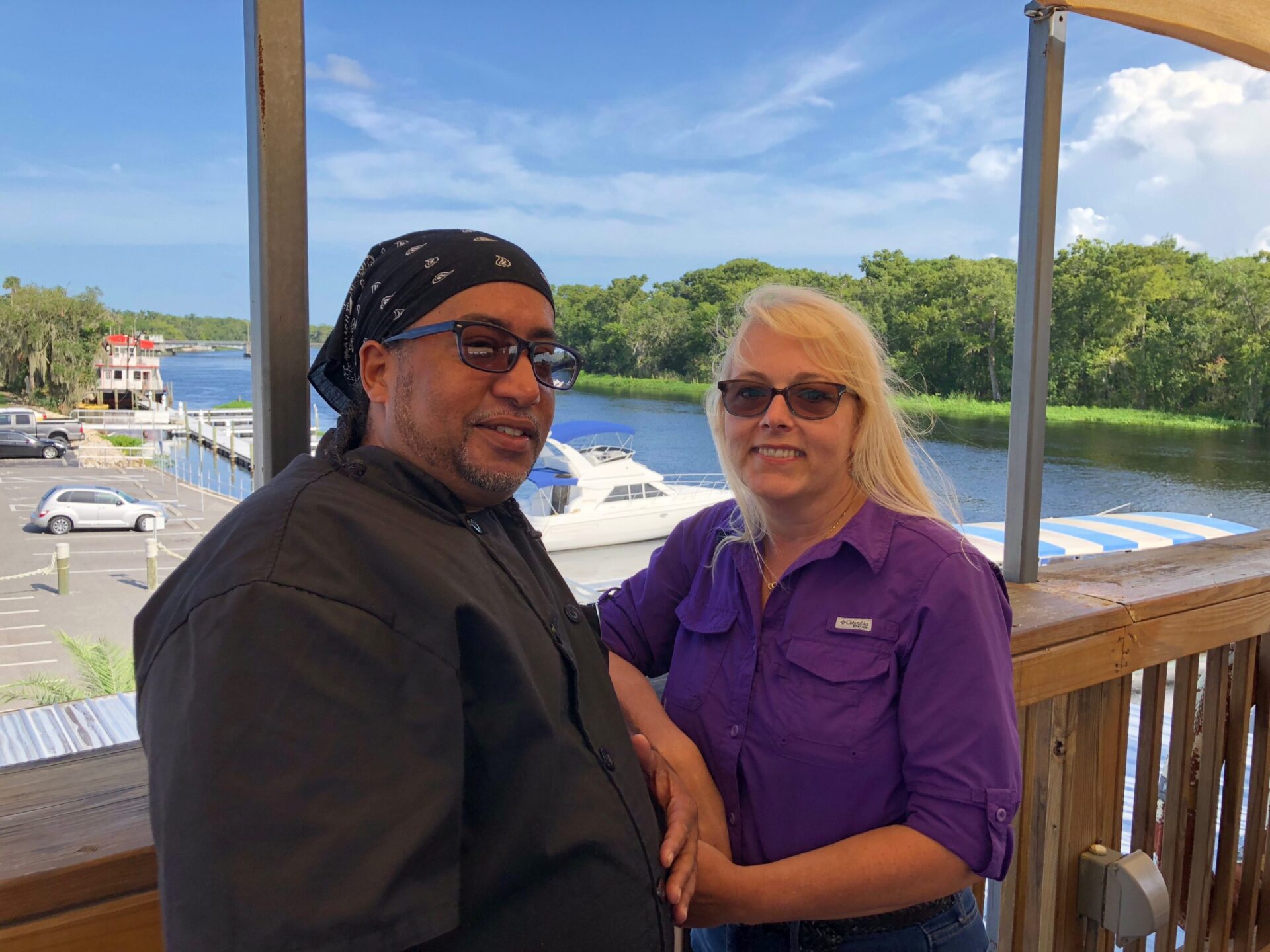 The sun sets, painting a canvas of tropical colors across the sky, as guests sitting at the Tiki bar on the roof of St. John’s River Grille watch boats hum down the St. Johns River.

Would-be diners follow a winding road to the restaurant, at 2997 State Road 44 West in DeLand, inside St. John’s Marina North and next to a KOA campground.

Both the marina and restaurant have undergone extensive renovations.

In addition to parking for cars and motorcycles, The Grille features dockside parking for hungry boaters wanting a bite to eat after a day of fishing or cruising the river.

Formerly known as Fresh Off the Hook, St. John’s River Grille has been in operation since 2016.

Giant decorative bobbers hang from the ceiling over the main bar, with captain’s wheels and other river-worthy décor filling the walls of the 200-seat restaurant.

The first floor has covered and open patios, and two main indoor dining areas, with all patios being pet-friendly.

For those wanting a real scenic view, St. John’s River Grille has a rooftop Tiki bar with music playing, and the best look at the river and sunset. The bar is very popular with locals wanting to unwind.

I took a seat at the main bar downstairs and met the general manager, Chantell Martin, who has been in the hospitality industry for 35 years. Martin co-owned the very popular Mainstreet Grill and Mac’s on Main restaurants in Downtown DeLand.

She’s not the only one at St. John’s River Grille with a long restaurant résumé.

One of the lead cooks, Juan Bermudez, has been cooking since he was 14, including at Londel’s Restaurant in Harlem, New York, and also for Bill & Frank’s Brickhouse Grill after he moved to DeLand.

“We are building a family here with a colorful, fun staff, and we use past recipes and experience to build a dream team, because teamwork makes the dream work,” Martin said.

As a former employee of Martin’s, I know she runs a tight ship.

I took a glance over the menu, which has appetizers such as cracklin’ pork rinds, gator bites, smoked fish dip, and Boom Boom Shrimp.

I started with the Boom Boom Shrimp, which is breaded and fried, then tossed in St. John’s sauce, which resembled a mild-heat Buffalo sauce with a hint of sweetness.

The menu lists six healthy salad options and 10 sandwich options, with the most popular being their mahi sandwich, served grilled or blackened.

Flipping over the menu, the Gator Mac caught my eye immediately. I had heard of lobster mac ’n’ cheese, but Gator Mac was new and enticing.

There are 13 other entrees available. Highlights include seafood gumbo, shrimp and grits, fish and chips, New York strip steak, grouper, catfish, and chicken or shrimp Alfredo.

“We are doing a menu tweak in the fall, where some new items will be coming to the menu,” Martin said.

The sweet potato bites with cinnamon butter was also a standout dish.

Whether you’re coming for cocktails on the roof to watch the sunset, or coming in for a dining experience with some classic American and river cuisine, St. John’s River Grille has you covered.