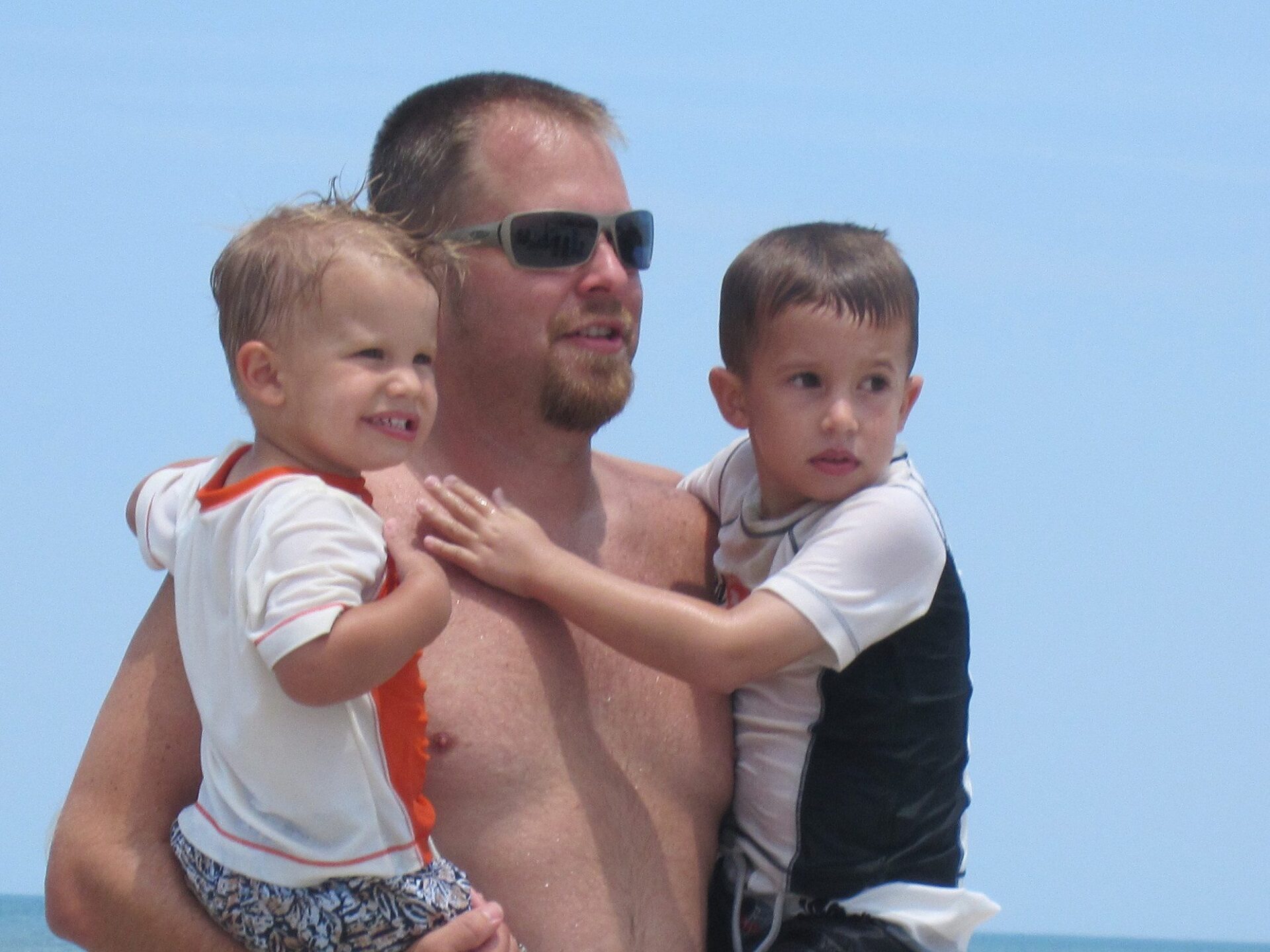 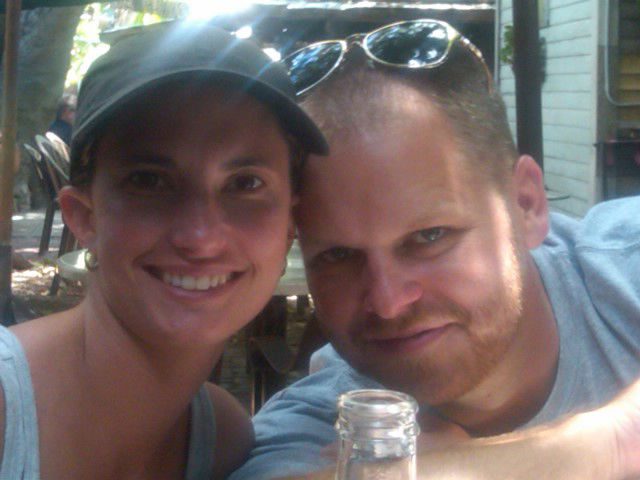 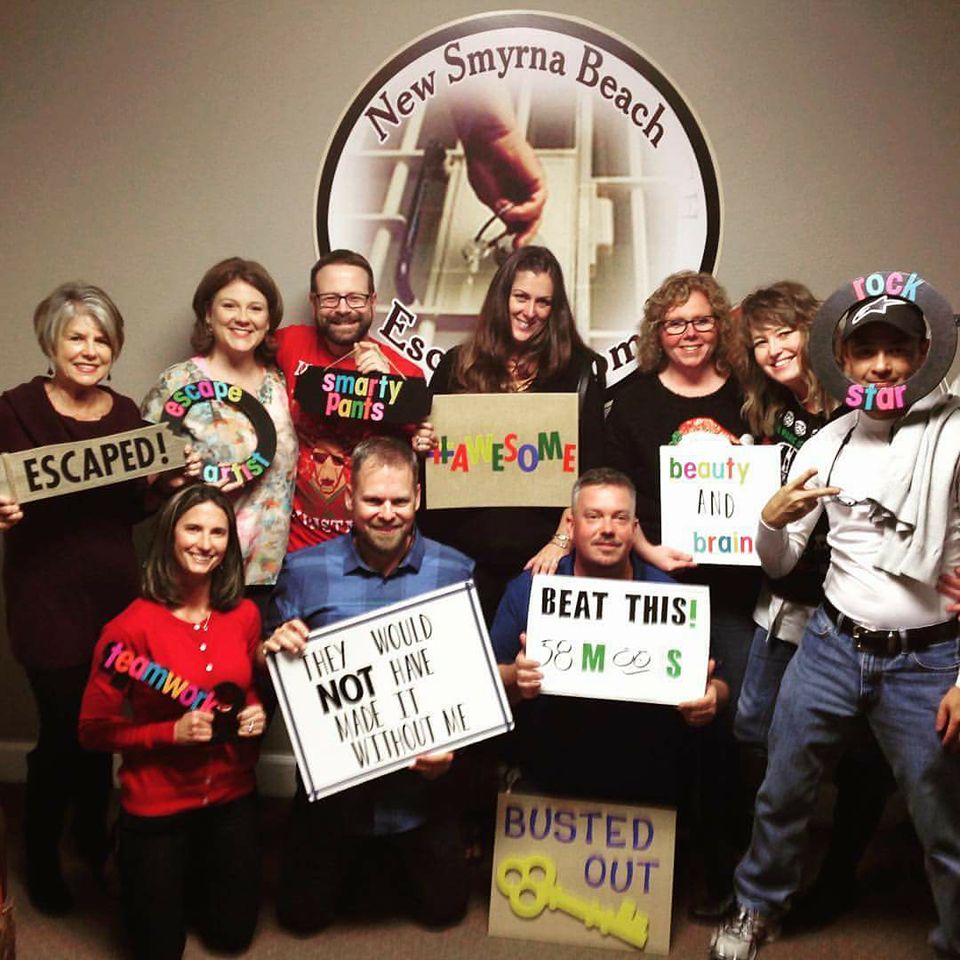 The sudden death of a well-known DeLandite has left his family, friends and community in mourning.

Strickland owned Trophy Factory Plus Framing, at 111 W. Rich Ave., but was equally well-known and well-loved for his involvement in the Fall Festival of the Arts, the DeLand Rotary Club and the MainStreet DeLand Association, among other groups.

“He had a couple of run partners that he would go running with,” said Kevin Strickland, his older brother. “He was on his morning jog — I think they run a 5-mile route, and I think they were winding down, on mile 4-and-a-half.”

One of Brad Strickland’s running partners was trained in CPR, and began attempting to resuscitate him. He was rushed to the hospital, but despite the medical staff’s best efforts, could not be revived.

A celebration of Strickland’s life, attended by about 750 people, took place Aug. 18 at Stetson Baptist Church in DeLand.

“I think everybody would wish that if you had an event like that happen to you, you’d say, ‘Gosh, I wish this is how I could be remembered,’” said Kevin Strickland. “He made a lasting impression in the community. So many people have been reaching out to us to donate, or to ask what they can do.”

Brad Strickland is survived by his wife of 20 years, LeAnn, their sons, Jacob and Gavin, his father, Lloyd Douglas Strickland, and his mother, Nancy Lenholt,  along with brothers Kevin and Andrew and several nieces and nephews.

Those wishing to assist Strickland’s family can make donations to the Brad D. Strickland Memorial Fund at any Mainstreet Community Bank branch.

The remembrances on this page were sent in response to a call from The Beacon. Others who would like to share memories are welcome to send them to info@beacononlinenews.com, for inclusion with the online version of this story.

Brad Strickland and the DeLand Fall Festival of the Arts Road Crew go back to the days when the Road Crew’s name was actually the “street-closing committee.”

Probably 20 years ago, Brad served on the crew the year before Taver Cornett took over as executive director of the MainStreet DeLand Association. Brad had just purchased the Trophy Factory from David Doris, and we needed some help on the committee that year, and just like Brad always did, he volunteered to help.

After the Fall Festival was finished that year, I talked with Brad a little more about some type of shirt I could purchase that would identify and show appreciation for the street-closing-committee volunteers. Maybe a shirt in a gray color with the FFOA logo in blue. The shirts would help to identify us to our festivalgoers and to our directors as “go-to” people for help.

Brad said to me, “Mike Fincher thinks you guys are just a bunch of roadies. Why don’t you rename the street-closing committee the Road Crew?”

So, Brad actually named us the Road Crew with a little help from Mike. But that is not where the story ends.

As the years went by, Brad grew his business and his family. The demands on his personal time increased. So, his volunteering time was spent among many efforts and not just that of the FFOA. But, Brad showed up just the same to help out the Road Crew as much as he could.

The Road Crew’s mantra was “first in, last out,” meaning we were the first to arrive at the actual event and the last to leave when it was over. We had the slogan stitched on the sleeves of the second-generation shirt Brad helped me design.

The mantra meant something to the crew, but it had an entirely different meaning for Brad. Because Brad was so busy, and I was who I was, leading the crew, I got kinda ticked off if he didn’t show up sometimes.

I cannot remember which Fall Festival year it was, but Brad truly showed up a little here, a little there or maybe not at all! I started to call him “Sometimes IN Sometimes OUT.”

We all loved it; Brad especially. Brad never wanted a Road Crew shirt; he didn’t think he earned one. Typical Brad.

But the year he became president of the Fall Festival, he showed up at 4 on Saturday morning, along with the rest of the Crew, with a brand-new Fall Festival Road Crew shirt. Stitched on its sleeves were the words: “Sometimes IN  Sometimes OUT.” He flashed that goofy smile and, with that, he knew he had us all.

That is when Brad and I became lifelong friends. I will never forget the pride and love I felt from him as he respected the Road Crew’s efforts by wearing that shirt. It meant a lot to us. That was Brad’s way.

It means so much more now. The Road Crew misses Brad Strickland, but what we miss more is what Brad gave to us.

— By Fall Festival Road Crew member Jim Connell, and co-signed by Pete Simoneau, Mary Beth Harris, Bill O’Connor, Backyard Bill Scheurich, Tison King, Courtney Hamil and John Harrington, with support from all of the other Crew members who were sometimes in and sometimes out over the years.

Brad, our boss, our friend, our mentor. Thank you for everything – for believing in us, for trusting us, and for the laughter.

Your hard work, dedication and passion have left an indelible mark on all of us. With a heavy heart, but also with determination, we will continue on in your honor.

We will miss your chuckle, your grin and your friendship.

Until we meet again, as you often told us, “That’s your Huckleberry!”

— With love from Kelly, Jason, Blake and Trish

Brad was one of the kindest, most genuine friends I have ever had, and was an exceptional husband and father, as well. He joined our circle of friends through bringing his kids to Stetson University Hatter basketball games.

My wife and I reminisce often about our eight years coaching at Stetson, and Brad epitomizes our feelings toward DeLand, with his friendly inclusion of our family into the community.

I will always remember Brad for his kindness, humor, smile and loyalty.

I have a framed article on my office wall that will always remind me of Brad. Brad saw an article in the Fort Wayne newspaper that my wife had posted on Facebook, and he reached out to Tracy to ask for an original so he could frame it for me. And, in typical Brad fashion, he didn’t charge us, but did it out of the kindness of his heart.

Brad, Tommy Robertson and I worked out together for several years. Brad always made me think it was a team effort. He would not let me stop early. “Just 15 more seconds, Matt. You can do 15 more seconds.”

We did several events together, including something called a Tough Mudder. Tommy, and especially Brad, could run circles around me. But they didn’t. They waited; kept me going. It was a team effort.

Every workout with him was like that. Brad was simply a good friend and a genuine friend.

When I was going through a tough time recently, he looked at me and said in the most sincere way, “You’re going to be OK.” I had no choice but to believe him. It was simply a matter of fact to him.

When he did ask how I was doing, it wasn’t just an expected thing to say when greeting someone. He actually wanted to know. He listened to every word.

Brad was truly one of the kindest, nicest people I have ever met.  He was ALWAYS on hand to lend a hand to a friend and was an amazing father.  Although his death was tragic, his memory and legacy will forever be part of the fabric of the community. Just an absolute great guy who could hang out with anyone and everyone. I was heartbroken to hear the news.

— Derek Waugh, former Stetson University basketball coach and a friend of Brad’s. Waugh is now a manager with BSN Sports in North Georgia.

Brad was dedicated and generous in his support of DeLand Fall Festival of the Arts. He was a past president and board member, as well as a hands-on volunteer.

We depended on the sponsorship by Trophy Factory for framing, award ribbons and T-shirts for the Fall Festival.

Always reliable and always cheerful, Brad was a true friend to DeLand.

— Bobbi Baugh, 2018 president of the DeLand Fall Festival of the Arts

Brad Strickland was the embodiment of the kindest, thoughtful human being we all should want to be.  He was a true friend, and my life is enriched by having a close meaningful relationship with him. Love you, Brad.

Brad to the rescue

At an event a couple of years ago, Brad came to my rescue when I was being harassed by someone who had had way too much to drink. I can take care of myself, but I was really uncomfortable this time.

Brad assessed the situation from across the way and, with that big Brad grin, extricated me and saw me safely to my car.

In addition to all the other wonderful Brad attributes, he was great at taking things seriously but addressing them lightly.

Rest in peace, my friend.

Brad Strickland is an irreplaceable member of the DeLand art community, from his Fall Festival leadership, to his design aesthetic and attention to detail concerning projects at the museum.

We grieve his death, and our hearts break for his family.

He was just a caring, fun-loving guy who made everybody feel like he was his best guy. Hardworking community leader, obviously.

I haven’t been the most churchgoing individual, but if something happens like this at age 43, I’d like to think there’s a purpose to it. That he was needed for something else.