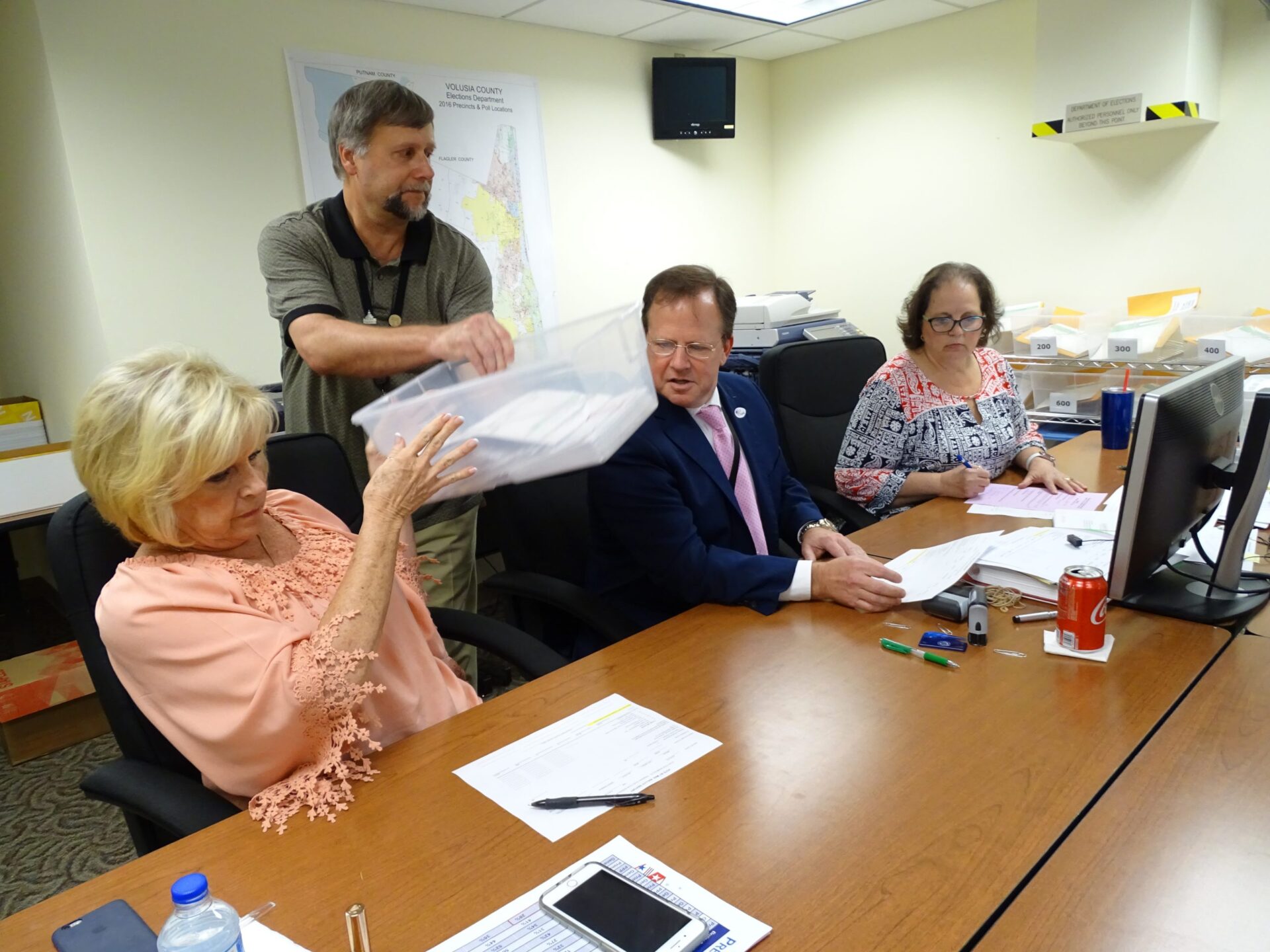 It was Tuesday evening, Aug. 28; election results would be rolling in shortly. We at The Beacon were preparing to call candidates, send photographers, and report updates online as quickly as possible.

Nervously pacing in the Conrad Courtyard behind The Beacon office in Downtown DeLand, I saw a small group of people, talking. I thought they might be talking about the election. I approached.

“Can I ask?” I said. “Are you talking about today’s election?”

I thought they might provide some insight into voters’ thinking.

Two members of the group were wearing polo shirts with corporate logos. The two others might have been spouses or co-workers. I’m guesstimating two were in their 20s; two in their 30s or 40s.

There was a moment of awkwardness. Then, it became clear. None of the four had voted in the primary election.

There was some embarrassment, mine included. One of the four mentioned having recently moved to the area and, just recently, updating his voter registration, but not in time to take part in the Aug. 28 primary.

I asked if I might take their photo, and interview them about why they hadn’t voted. The answer was no. I respect that.

The night wore on. The results came in.

I took another break to stroll through the courtyard and ran into a friend employed by one of the 30 small businesses operating here on the commercial complex that’s home to The Beacon office.

What did this individual think about the election results?

He confessed. He did not know that an election had taken place.

This is a smart, capable young person. He missed all the ads, all the news reports, all the commentary, all the mailings.

He did not know that an election had taken place.

Those voters were 47.93 percent Republican, 39.1 percent Democratic, and 12.97 percent people either registered with no party or minor parties.

(How many of those not members of either major party knew how many nonpartisan races they could have voted in Tuesday? I talked to some really smart people before the primary who thought that if they weren’t registered as a Democrat or a Republican, the primary wasn’t for them.)

While the overall voter turnout of 29.66 percent was higher than in past primaries, it’s not enough. It represents less than a third of the people whose lives will be directly affected by the people chosen Tuesday.

Now we head to the general election Tuesday, Nov. 6. We urge all of our readers to join our mission to inform people, to encourage them to register, to be informed, and to vote.

Our democracy depends on it.