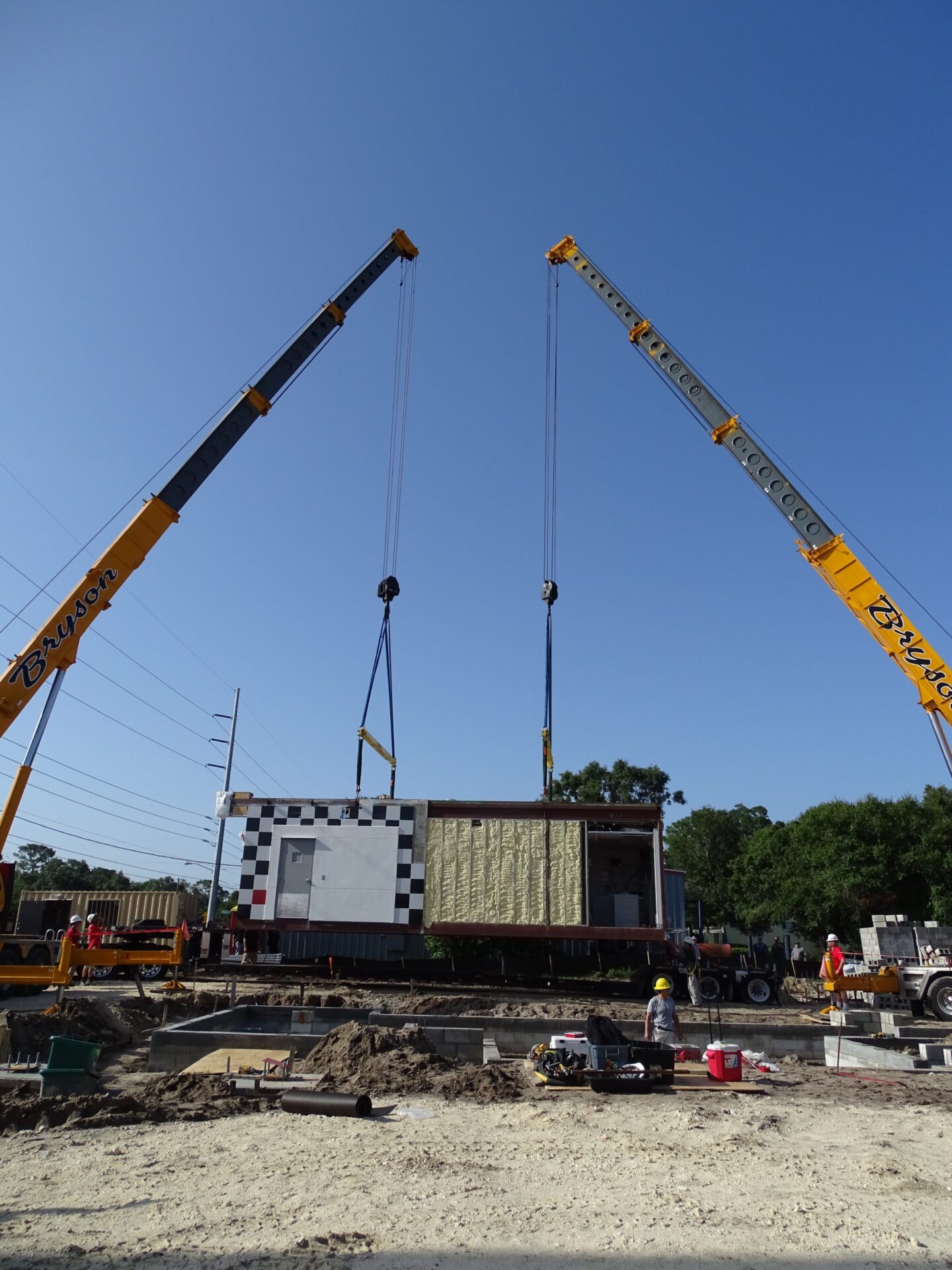 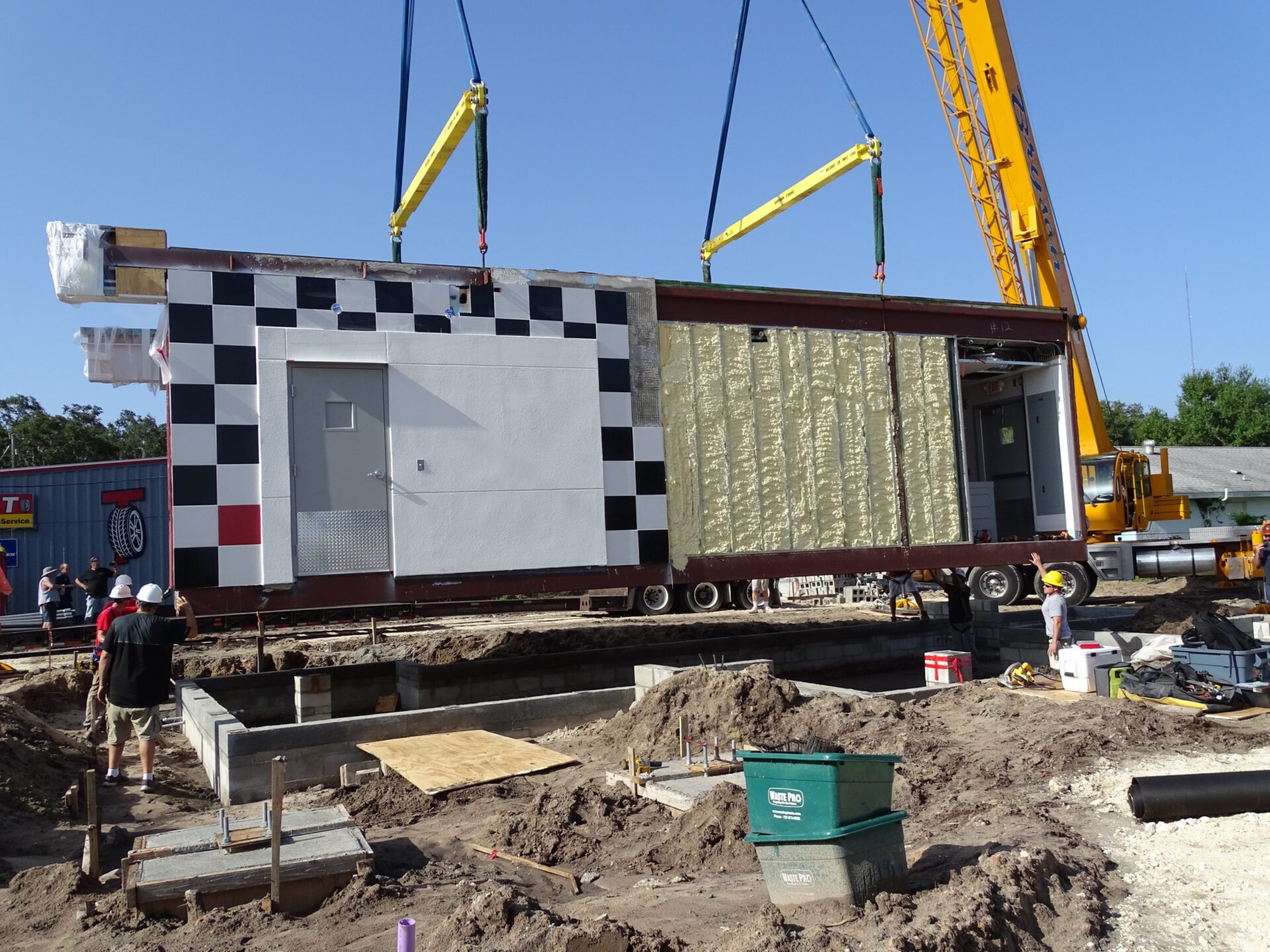 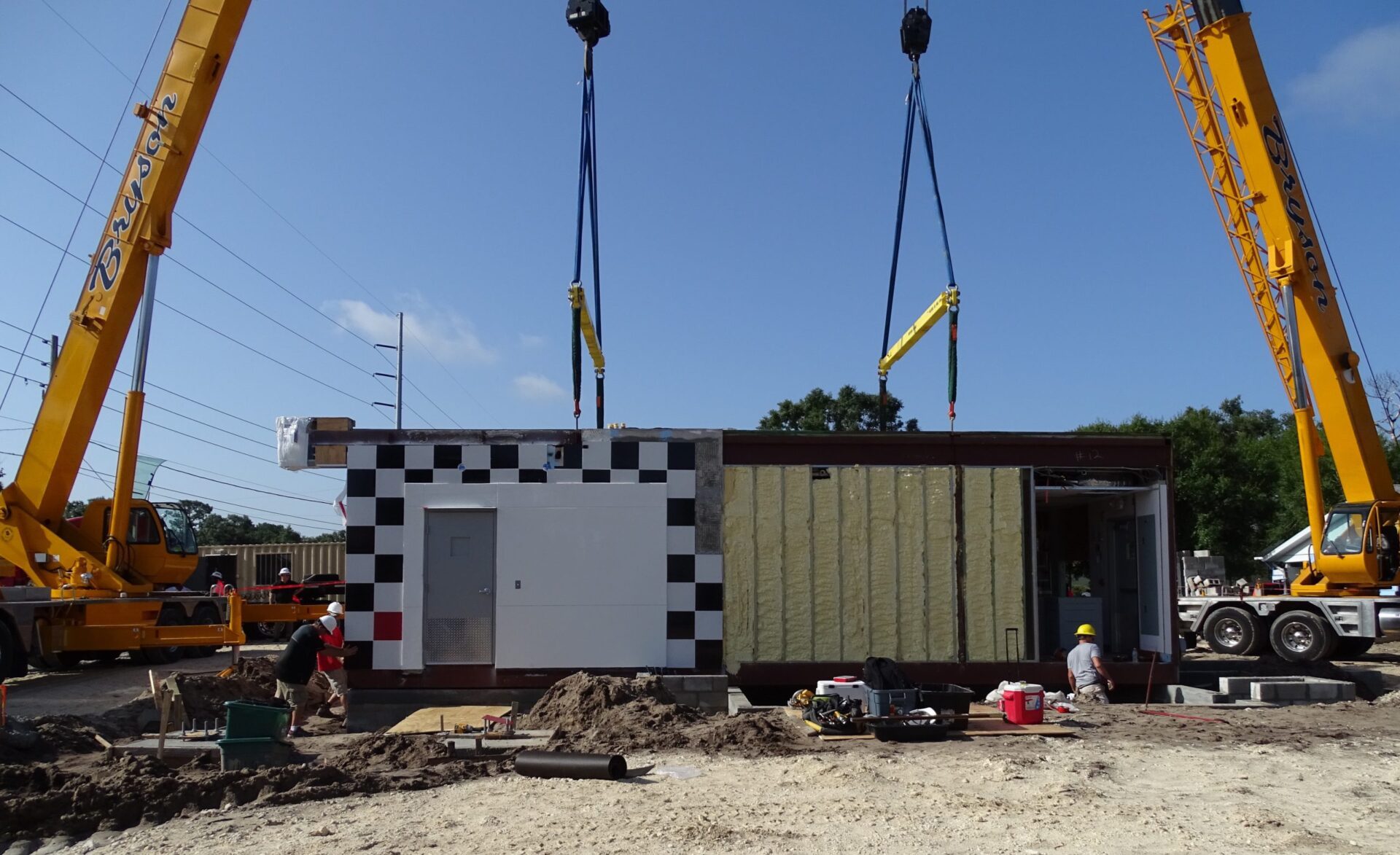 A new Checkers restaurant in Orange City was built in one day, thanks to a modular design that consisted of six pre-built and equipped sections brought to the site on flatbed trucks and hoisted into place, one by one, by a pair of cranes.

Workers started at 8 a.m. Aug. 9, and by the end of the day had all six modules in place at 1625 S. Volusia Ave., said Construction Manager Jeff Wohead of the Checkers company.

“Valiant Modular in Ormond Beach builds these modules for us,” Wohead said. “All the flooring, ceilings, windows and appliances are already in place when the building arrives.”

Also in place are the heating and air-conditioning systems, walk-in coolers, and equipment such as soft-drink dispensers, Wohead said.

Once the modules were assembled, other crews could begin another three to four weeks of work on the rest of the property — installing landscaping, paving driveways and parking spaces, and other site work, he said.

“We’re building these in 60 to 70 days, instead of 90 to 120,” he said. “It’s faster and a lot less expensive, with a lower cost to the general contractor because less time is needed.”

And since the modules are constructed under roof in a factory, there are no weather-related concerns to the materials, Wohead said.

Franchisee Nick Pell of Clearwater said a general manager for the new restaurant already has been hired and is in training, but another 50 or so employees will be hired before the eatery opens.

The eatery uses what Checkers calls its Modular 4.0 model. Pell and his partners decided to build a restaurant with a single drive-

thru, rather than the usual double-drive-thru models seen elsewhere, in the belief it will make for more efficient service to customers.

The new restaurant sits where a Sunoco gas station once operated. The gas station was razed in May, Pell said, and the site was cleaned up to federal Environmental Protection Agency standards.

Pell is hoping to have all work completed and final permits issued so he can open as early as mid-September.