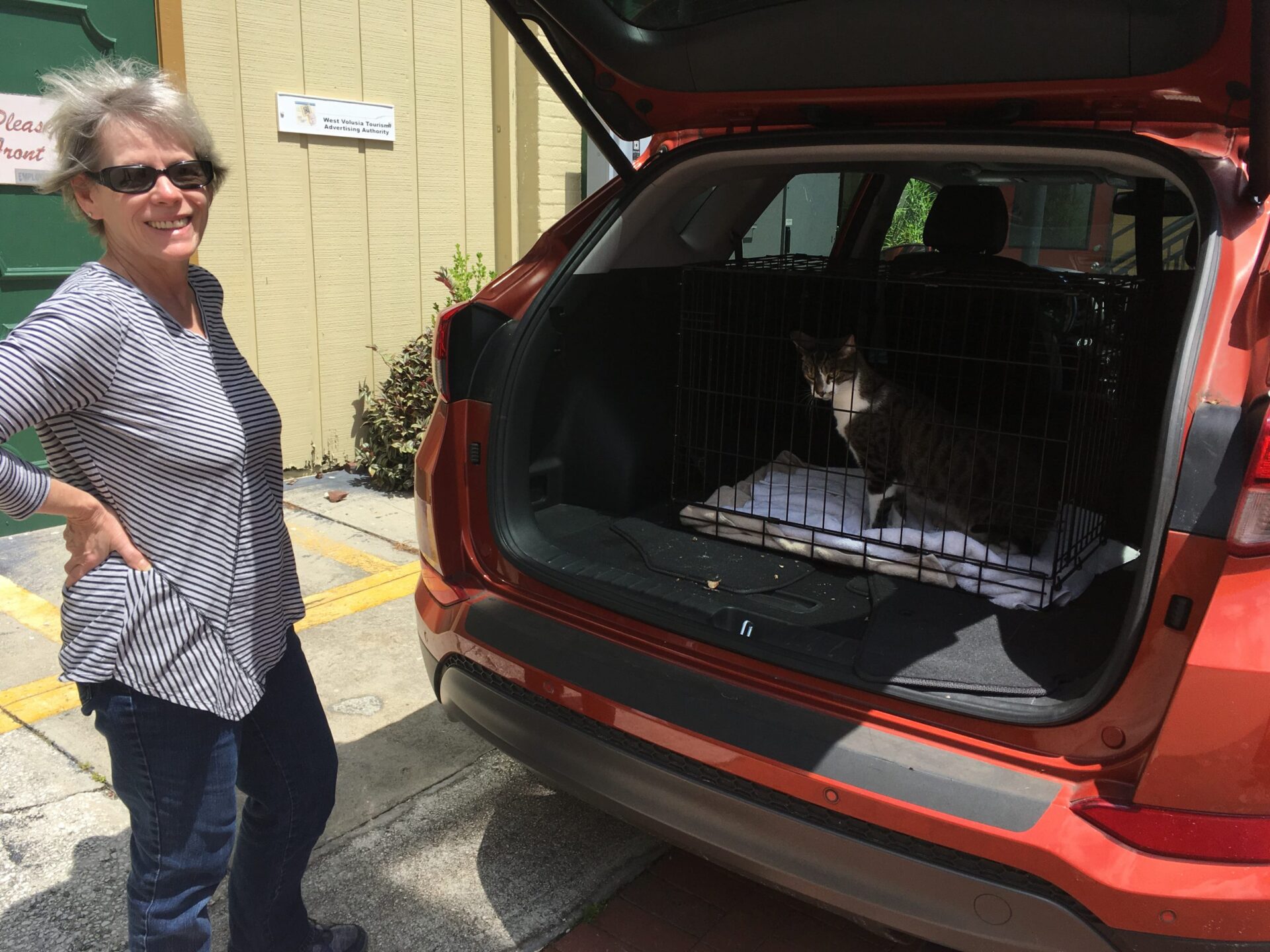 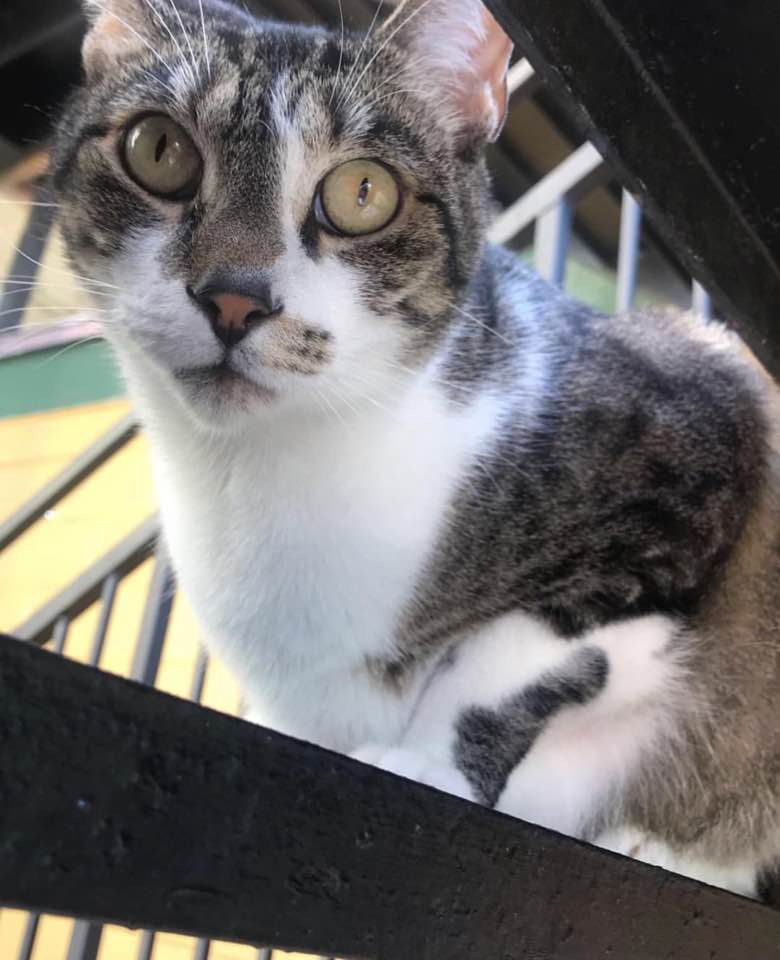 Members of The Beacon’s staff were worried we had lost an important member of the family Aug. 29, when our longtime (now-retired) office cat Conrad went missing from his Downtown DeLand abode.

It turned out the much-loved gray-and-black tabby was on the adventure of a lifetime — or, in his case, several of his nine lifetimes.

Only Conrad knows exactly what happened, and he’s not much for conversation, but here’s what we know about the sequence of events:

Conrad had last been seen on Artisan Alley, near The Beacon’s 110 W. New York Ave. offices and his home, around 3 or 4 p.m. Wednesday.

He had inadvertently been shut out of his apartment, and it was starting to get stormy.

Carole Tattrie of Plexus, at 118 W. New York Ave., parks on Artisan Alley during the workday. She hopped in her SUV and drove home to rural Lake Helen at around 5 p.m. Wednesday.

The following day, Carole and her husband, George, noticed a strange cat walk across the deck at their house, but they didn’t think much of it.

Later that Thursday, the two let their three dogs out into the yard. The dogs chased the as-yet-unidentified cat up a tree.

George got a ladder and rescued the cat, and the couple let the feline into a mother-in-law house on their property, to keep him safe from the dogs.

“He was traumatized, and he was depressed,” Carole Tattrie said. “He kept looking at me like, ‘I know you, you know me!’ and it didn’t hit me until the next day.”

The next day, the Tattries approached their neighbors, trying to find the cat’s owner.

It suddenly hit Carole that the wayward feline might indeed be the famed Conrad.

“The possibility had not occurred to her,” said Barb Shepherd, publisher of The Beacon and Conrad’s adoptive mother, in an email to Beacon staff members. “She wasn’t 100 percent certain what Conrad looked like … and Lake Helen is more than six miles from here!”

Carole texted Shepherd a photo of the cat — nonchalantly lounging in his mother-in-law suite — which clearly showed the cat was Conrad.

Carole jumped into the car, with Conrad in a carrier in the back. To the delight of Conrad’s many friends on social media — more than 10,000 people had viewed posts about his disappearance — Conrad soon arrived home no worse for wear, but probably quite happy to be away from the Tattries’ three dogs.

Nobody knows for sure how Conrad got from Downtown DeLand to Lake Helen, but our best guess is that when it began to get stormy Wednesday afternoon, Conrad took shelter in the engine compartment or undercarriage of Carole’s SUV.

However it happened, we here at The Beacon are grateful to the Tattries, and glad Conrad is home safe.