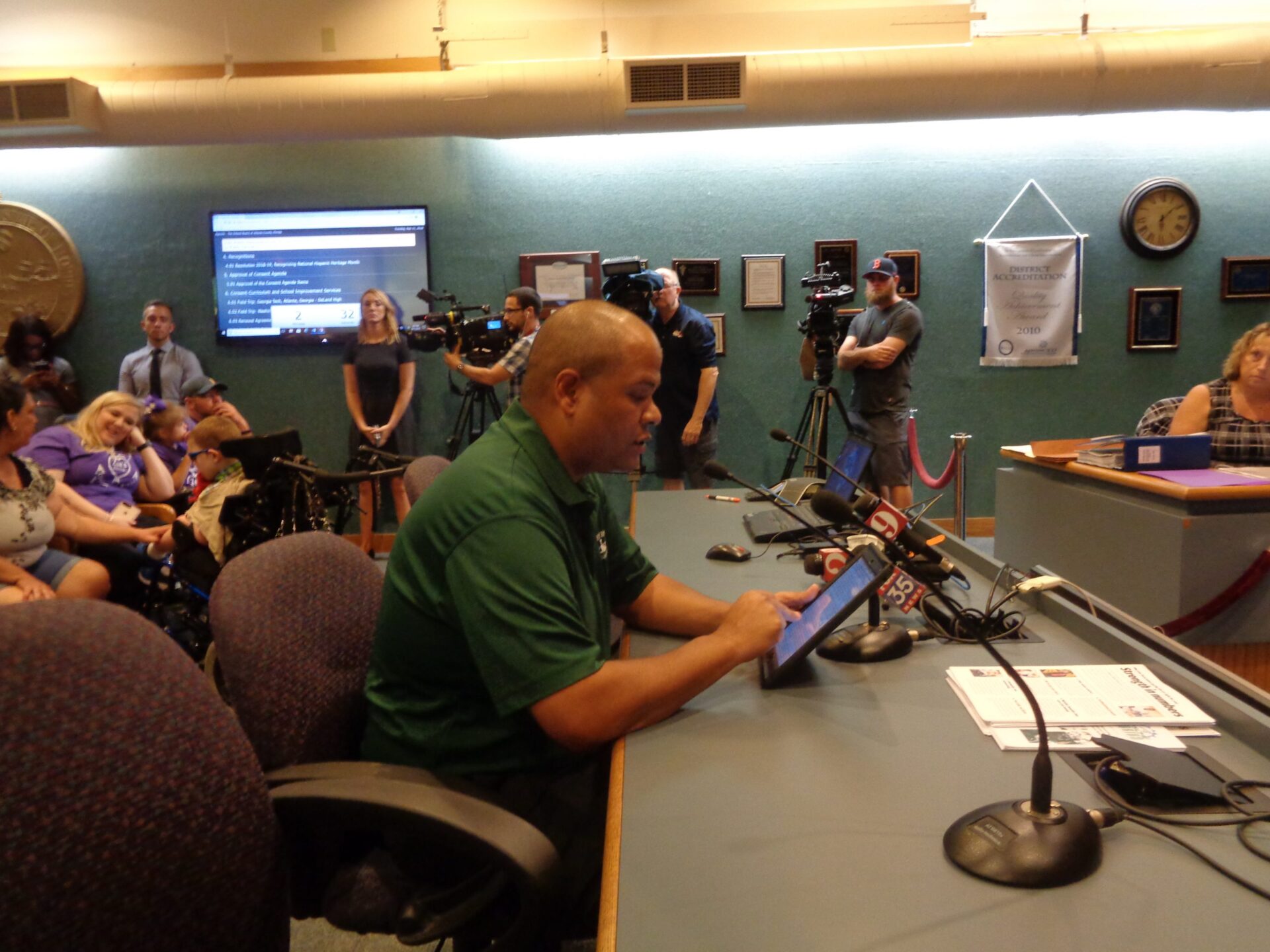 At the urging of parents who say their disabled children need the relief medical marijuana offers, the Volusia County School Board agreed Sept. 11 to consider a policy permitting the controlled substance in the schools.

Though the matter was not on the School Board’s agenda, members were swayed by pleas to allow students with certain health conditions to receive prescribed forms of marijuana under a developing set of restrictions.

— Despite passage of a 2016 amendment to the Florida Constitution legalizing medical marijuana, Volusia School District Counsel Mike Dyer said, federal law and the U.S. Drug Enforcement Administration still classify marijuana in any form as an illegal and controlled substance.

Although the state constitutional amendment passed with 71 percent of the popular vote, Florida — along with 30 other states — remains at odds with the federal government on the question.

A majority of voters and the Florida Legislature say yes, but the Congress and the DEA say no. The conflict continues with no resolution in sight.

Ruben Colón, a candidate for the School Board, is sympathetic to the parents asking for medical marijuana for the sake of their children.

As a father whose daughter suffers from epilepsy, Colón is a member of the Epilepsy Association of Central Florida.

Although he says his child’s seizures are under control, he knows other families who are not as fortunate.

“The families are in hiding, because it is still federally illegal,” Colón said, adding one family with an epileptic child learned the hard way to be more discreet in talking about giving her prescription cannabis.

“They posted it on social media as a success that she was seizure-free for 200 days. Somebody saw it and called DCF [Florida Department of Children and Families],” he added, noting the parents were investigated as alleged child abusers.

— The state constitutional provision was not all-encompassing.

“Schools are excluded from the constitutional amendment,” Dyer told the School Board.

— Two school districts in Florida, Santa Rosa and Broward counties, have already enacted policies on the use of medical marijuana in their schools — in contravention to federal law.

— Current prohibitions limit administering medical marijuana in the school setting. School employees are not allowed to administer medical marijuana to a child in need, but a caregiver, such as a parent, may be permitted to come to school to give the proper dosage.

— The caregiver or the student who may “self-medicate” are permitted to use medical marijuana in the form of oils or a candy-like form known as “gummies.”

— If a caregiver comes to school to administer a prescription, he or she must leave the campus with the controlled substance. Storage of medical marijuana is not to be allowed at school.

Given the complexities of the situation, Dyer put three options before the School Board:

— Do nothing, at least while the federal and state governments are at loggerheads.

— Adopt a policy, following the lead of Santa Rosa and Broward counties.

— Ask staff to monitor the situation and legal developments for the next six months and report back.

The board opted to craft a medical-marijuana policy, which may be ready for discussion and action at its next meeting, on Tuesday, Sept. 25.

“There are things that have to be thought through,” Board Member Dr. John Hill concluded.

Dyer said he does not know how many students in the Volusia School District now need medical marijuana to cope with health challenges, or how many families may apply to have the drug administered on school grounds.