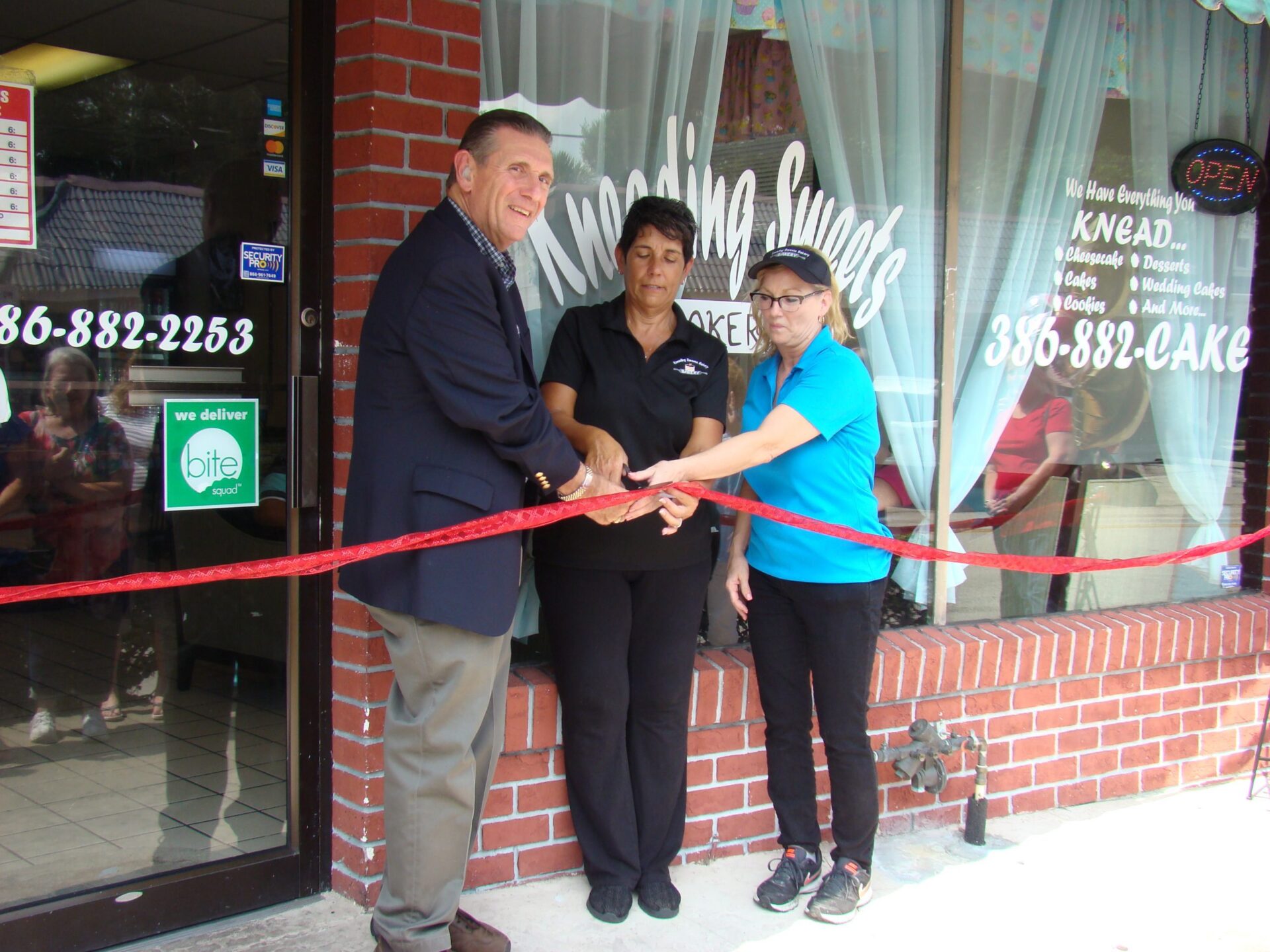 Kim Fairweather and Monica Lawson are two very experienced bakers who have long dreamed of owning their own bakeries. When they met about a year ago, they quickly realized they shared that dream. Fairweather and Lawson just as quickly decided it might be easier to accomplish if they worked together.

That shared dream finally was realized in June, when Kneading Sweets opened at 115 E. Rich Ave. in Downtown DeLand.

Although each woman has decades of bakery experience and they share a love and passion for baking, decorating and creating new desserts, they say their life stories are very different.

Fairweather grew up in New York, then lived in Las Vegas and Tucson, Arizona, before moving to DeLand a couple of years ago. She worked in several bakeries and a custom dessert shop for 25 years, and also was a general manager for a gourmet sandwich shop in Arizona.

She says she has done every bakery job, from frying doughnuts to baking artisan breads to scratch baking and merchandising.

Lawson, who started baking when she was 9 years old, moved to Florida 38 years ago. While raising a son and a daughter, who are now in their mid- and late-20s, Lawson worked in the bakery department of Holiday House and “off and on” in the Publix bakery. She has been a cake decorator, baker and manager, learning commercial baking and decorating along the way.

It was at the Publix on DeLand’s north side where the two women met and discovered their shared aspiration. Lawson had developed a successful wedding-cake business and needed a bigger space to make the cakes. Fairweather wanted to make cheesecakes and decadent desserts for restaurants. They felt their complementary talents were a perfect business match.

They thought about it, talked about it, and tossed ideas around, then started looking for a small storefront in Downtown DeLand. When ice-cream vendor Sweet Spot moved early this year to a former Subway restaurant’s building on the north side of town, the new partners managed to snag the space it vacated on East Rich Avenue.

Kneading Sweets opened its doors June 15, and it has been doing well ever since.

“Anytime a new business opens, it’s good for DeLand,” Mayor Bob Apgar said at a ribbon-cutting in August. “I wish them lots of success.”

“Business is great so far,” Lawson said. “We are very blessed that everything fell into place and we’re able to make our dream a reality!”

Fairweather and Lawson take pride in creating unique, delicious, quality desserts for any and all occasions, Lawson said.

“We can create a custom masterpiece for your office party, birthdays, weddings and more,” she said.

Most of their marketing has been through Facebook, but word-of-mouth also has been important.

“People are coming in and bringing in their neighbors,” Fairweather said. “Our birthday-cake business is just exploding.”

Fairweather and Lawson are especially thankful for the support they’ve received from the community.

“We thank everyone that has come to our bakery, shared our posts and told their friends,” Lawson said. “We appreciate each and every one of them.”

“I’m so blessed to share my passion and love for decadent desserts and gourmet cheesecakes with everyone,” Fairweather said. “We hope to spread happiness one cupcake at a time!”