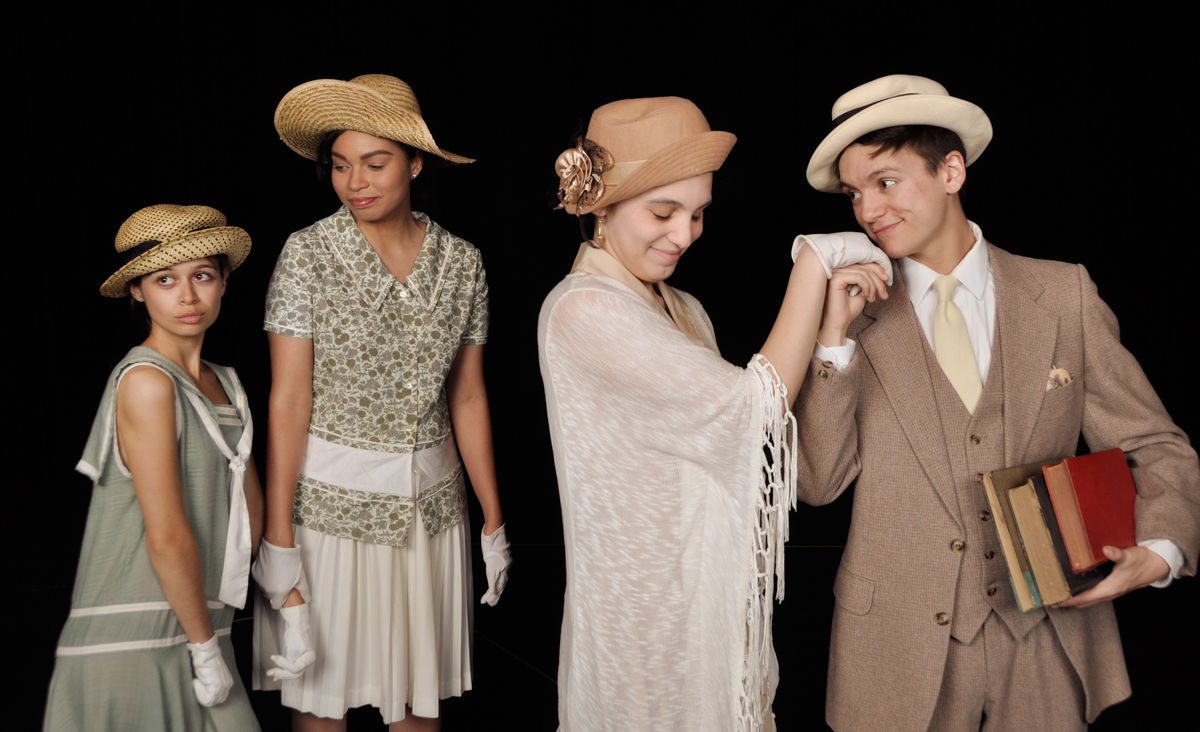 Set in Tampa’s Ybor City in 1929, the play centers around a family-owned cigar factory, where cigars are still hand-rolled and the immigrant workers’ labor is eased by a lector, which is Spanish for someone who reads.

Traditionally, a lector was hired to read to the workers from a variety of sources, including newspaper and magazine articles, stories of the day, and occasionally from literary works, while they worked. They were compensated with contributions from the workers’ salaries. For many men and women of the immigrant working class, this was the main form of their education.

In Anna in the Tropics, a dashing young lector is hired to read to the women at the factory. As he reads passages from Leo Tolstoy’s Anna Karenina, the book’s scandalous yet romantic story inspires some of the workers to follow their own desires, along with breaking the strict boundaries of tradition, religion and society. The resulting bliss and catastrophe in their relationships is played out on the eve of this disappearing tradition, the replacement of human workers with machines, and the looming Great Depression.

“The play Anna in the Tropics is about the cultural clash many immigrants face when trying to preserve their traditions in a new world. It’s about what love and desire means, and what fidelity in marriage means. Ultimately, it’s about the challenges forced upon human beings when they question their own place in a changing world, how some grow with change, and how others are destroyed by it,” said McCoy.

Performances will take place at 8 p.m. Thursday, Sept. 27, through Saturday, Sept. 29, and at 3 p.m. Sunday, Sept. 30, at Stetson’s Second Stage Theatre inside the Museum of Art – DeLand, 600 N. Woodland Blvd. Tickets cost $12 for adults, $10 for senior citizens and area students. Stetson students, faculty and staff will be admitted for free with a valid Stetson ID.