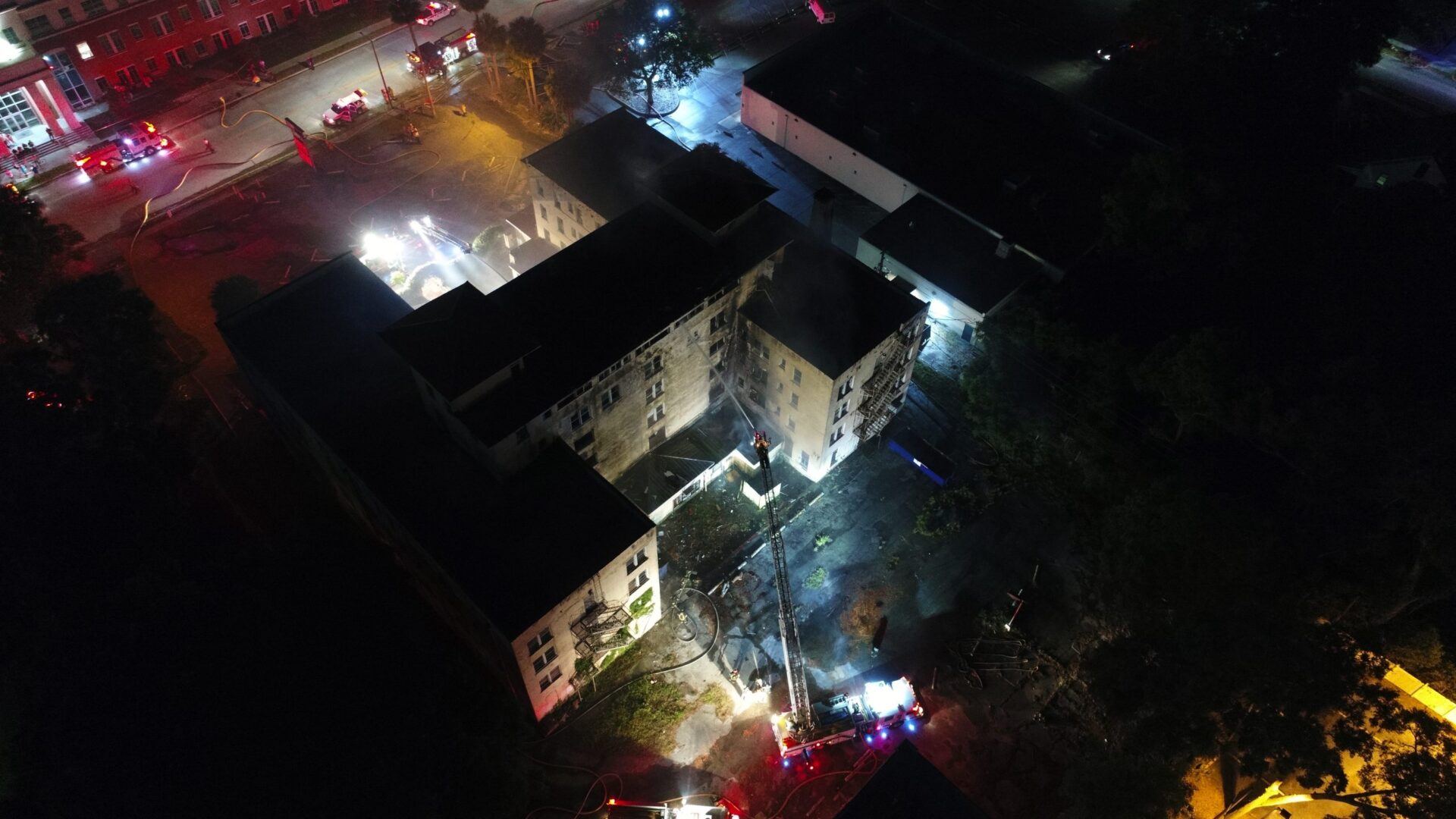 Investigators with the state Bureau of Fire, Arson and Explosives Investigations have wrapped up their investigation into the April 29 fire at the Hotel Putnam, shedding new light into what caused the inferno but ultimately coming up empty as far as finding a perpetrator.

Part of the report focuses on an attached storage room at the back of the building, which appeared to suffer extensive fire damage.

“There was no fire load within this room to have caused these [fire] patterns,” an investigator wrote.

However, as debris was removed from the room, the investigator noticed some “dark patterns … on the floor near the area where the fire damage was greatest.” A swabbed sample taken of this “dark colored leaching substance” later determined it was gasoline.

The investigator said owner Mohamed Rashad, who purchased the historic DeLand hotel March 30, said there were no gasoline generators or gasoline-powered equipment used during demolition work that was going on at the time.

“The samples collected were found to contain gasoline, there was no gasoline stored in the building according to the owner, the gasoline was brought into the building before the fire by an unknown party,” part of the report reads.

City officials said Aug. 27 that the fire was to be ruled as deliberately set, but they did not speculate as to how it started. The state’s investigation remained open until Sept. 6.

The report notes that the property has had problems with trespassing by juvenile miscreants during the years it’s been vacant; however, the investigator doubted a juvenile started the fire.

“There was a significant amount of gasoline used to initiate this fire, which would indicate that the perpetrator’s interest in initiating this fire [was] to achieve significant damage to the building. This is not the type of fire commonly initiated as a result of juvenile criminal activity,” the state report concludes. “The information available at this time is insufficient to conclusively identify the perpetrator of this crime.”

The report ultimately said there was insufficient information to bring the case to court.

“All investigative leads are currently exhausted,” it reads. “Should additional information be developed, this case will be reopened.”

Rashad said he’s aware people might suspect he’s simply here to get an insurance check and leave town, but he said nothing could be further from the truth.

Rashad hopes demolition and cleanup work will be done by the end of the month, or the first week of November.

Currently, much of the work on the building is going on in the interior, or on the back side of the building — not visible from New York Avenue.

In the meantime, Rashad said, he’s started an Instagram account, @mohamedrashad150, where he tries to post photos of the ongoing work daily under the hashtag #putnamhotel.