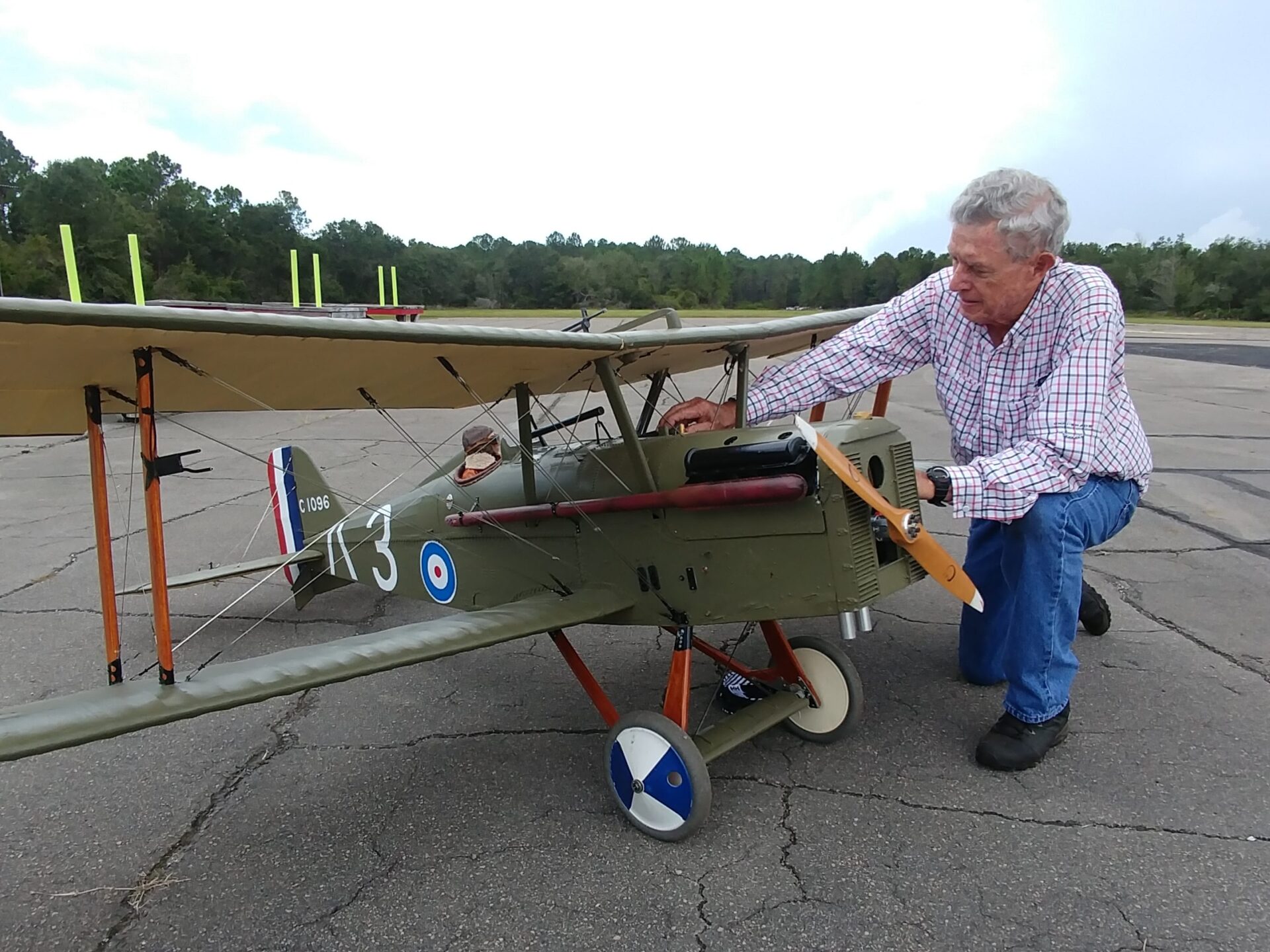 81-year-old model builder will debut his largest plane yet

Scale-model-airplane builder Bill Gray has just rolled out his latest: a large and highly detailed World War I British biplane fighter to fly for the public Saturday, Oct. 20, at the DeLand Golden Hawks Radio Control Club’s Warbirds Over DeLand show.

The show on the RC Club field — off Marsh Road on the east side of the DeLand Municipal Airport — is open to the public.

Gray’s contribution to the 30 to 40 fighters and bombers that will be on display is not any ordinary little model kit plane. Fully one-third the size of the real aircraft, it weighs more than 40 pounds and carries a 6-horsepower lawn-mower-type engine. Gray spent more than a year designing and building his replica.

With a wingspan of over 8 feet, this British-green SE5a biplane fighter stands out in any collection of model airplanes for both its size and its intricate detail, right down to a period-costumed pilot.

Gray estimates the model contains about $2,000 worth of engine and control servos and other parts. The servo-motors control four functions he operates by remote control.

Even after 30 years in RC model-building, and at 81 years old, Gray admitted that a maiden flight is still pretty tense.

“Because of the investment of time and effort, it is nerve-wracking the first time. You know the new plane is going to come down; you just aren’t sure how!” he said.

For this plane’s maiden flight, Gray’s wife, Joan, came along for moral support.

“She supports my hobby,” he said with a smile. He’s been 15 years retired from his career as a Volusia County civil engineer, and lives in DeLand.

Fellow club member and organizer of the Oct. 20 Warbirds Show, Mike Setteducati, said the RC Club field will be open to the public from 8 a.m. to 4 p.m., for a $5 donation per car. The club will have a food bar and plenty of free parking.

A highlight of the show’s more than 30 military aircraft will be flight demonstrations throughout the day of very fast turbine-powered jet-fighter models.