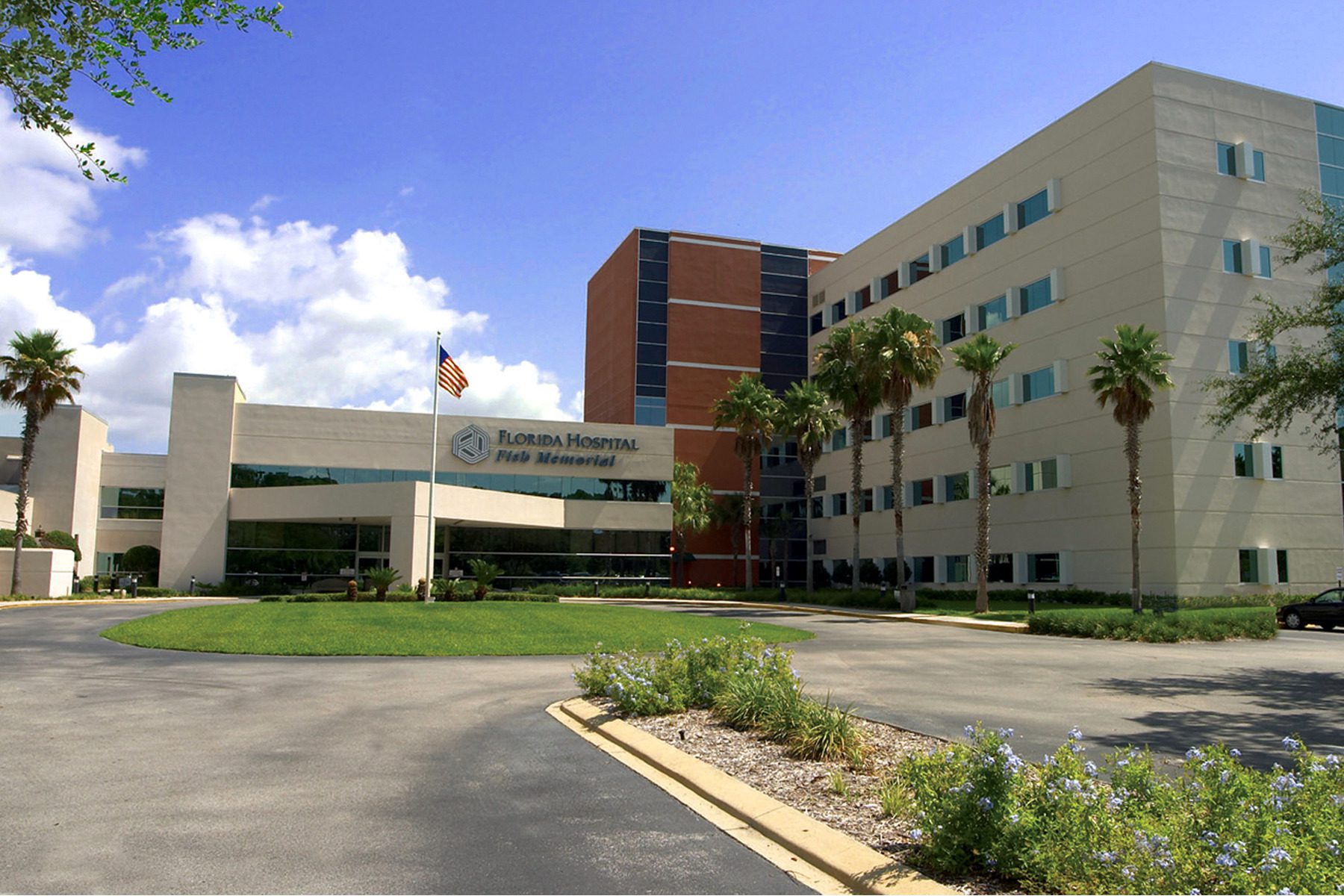 A physician and current Volusia County School Board member is facing off against a retired educator for a spot on the West Volusia Hospital Authority board.

Last week, we brought you interviews with the four candidates running for the other two Hospital Authority seats.

Commissioners are elected to the West Volusia Hospital Authority to plan and oversee the spending of funds collected from taxpayers to assure that poor people have access to medical care.

Terms on the board are four years, and commissioners are not paid. All West Volusians can vote in all three nonpartisan races.

The stakes in this election are high; some of the non-incumbent candidates have advocated for disbanding the Hospital Authority, or at least studying the possibility.

Originally set up by the Florida Legislature in 1957 to provide a hospital for West Volusia, the Hospital Authority built and operated for many years what is now Florida Hospital DeLand, which opened in 1962 with 60 beds.

Eventually, however, running a hospital became more and more complicated, and the Hospital Authority leased out the DeLand hospital, then eventually sold it.

Group A, Seat 1, is open due to Commissioner Barb Girtman’s decision to run for Volusia County Council, leaving her seat on the Hospital Authority open.

Hill is a DeLand physician who’s leaving the Volusia County School Board after four years. Manning is a retired educator who serves on the Hospital Authority’s Citizens Advisory Committee and operates a child care center.

Some property owners questioned the drastic increase, and raised questions about the Hospital Authority’s funding various nonprofit groups, since it no longer has a hospital to run.

Some argue the various groups provide services that, directly or indirectly, improve the health of poorer West Volusians, while others argue the Hospital Authority doesn’t keep cloese enough tabs on the work it is funding.

VOLORIA MANNING — West Volusia Hospital Authority candidate Voloria Manning of DeLand participates in a forum for voters at Stetson University. Elections Office records show that Manning, a former member of the Hospital Authority board, has raised $1,149.50 for her campaign.

Q. What made you want to run for West Volusia Hospital Authority?

A. What made me want to run for the hospital board was because I was going around to the different nursing homes, the sick and shut-in, and after visiting with them, I realized that some of them were very young, they’re like in their 20s, and I was really surprised at the condition.

Some of the medications they were taking; the medication would cause other side effects. With those side effects happening, when you’re in a nursing home or you’re sick and in a shut-in position, there isn’t anyone there that can actually go and speak up for you.

Who could they tell? They couldn’t tell anyone.That’s what I am, I’m an advocate for people who cannot speak for themselves.

I would send them to the guidance counselor; there was just nothing much that there could be done about it.

Q. What role do you think the Hospital Authority should play, and is it doing so?

I think that they’re on the right track by bringing in different organizations and clinics and things to provide help.

If the hospital board is not there, when people get sick, they normally go out to the ER. With the hospital board being there, what we have been able to do is to put providers in place. I think they’re on the right track with getting these providers who can help the indigent, the uninsured, and people that just need help.

Q. What can be done to make the Hospital Authority and its services run more efficiently, especially in light of the tax increase in 2017?

A. There should be a cap on how much service could be given to one individual. That a person every year could go up to a certain amount, and that’s it.

Throughout the year, that same person, that one person, it’s a lot of money being spent on one individual, when it could be spread around for other care that’s needed.

Q. What do you think about the Hospital Authority’s relationship with Florida Hospital? Should the hospitals be asked to shoulder a larger portion of costs?

A. I’ve often wondered some of the reasons why we pay so much money to the hospitals, but I understand they want more innovative technologies.

We give them close to $5 million of the taxpayers’ money. I feel that the hospitals should offer more, not only to the indigent, but to the community.

Q. Do you support disbanding the Hospital Authority?

A. I don’t think that that’s right …  If you don’t help them on one end, they’re still going to go out to the ER and they’re going to tie the ER up. That was the problem, that was why we put the clinics here, so the hospital wouldn’t be the doctor’s office for people without a serious emergency.

The people who have HIV/AIDS, they would never come. Rising Against All Odds, they have a way of going out and testing them, and getting them to the hospitals, with someone they can trust.

Mainly what the hospital does is it bandages you up until you can go to the doctor. It never really nips it in the bud. They never really get the care they need.

<img class="wp-image-5217 size-large" src="https://www.beacononlinenews.com/wp-content/uploads/2020/07/afdc729b14fcac543908544ade5791ae-scaled.jpg" alt="JOHN HILL — West Volusia Hospital Authority candidate Dr. John Hill, a DeLand physician, studies documents during a meeting of the Volusia County School Board, where he served one term. (His sister, Jamie Haynes, is a candidate to replace him on the School Board.) Elections Office records show that Hill has raised no money for his campaign.” width=”696″ height=”522″ />

JOHN HILL — West Volusia Hospital Authority candidate Dr. John Hill, a DeLand physician, studies documents during a meeting of the Volusia County School Board, where he served one term. (His sister, Jamie Haynes, is a candidate to replace him on the School Board.) Elections Office records show that Hill has raised no money for his campaign.

Q. What made you want to run for West Volusia Hospital Authority?

A. The first thing was the massive tax increase, and then, concern over the misappropriation of taxpayer dollars. It needed to be revisited, because of the current health care laws, about the need for the Hospital Authority in general.

Q. What role do you think the Hospital Authority should play, and is it doing so?

A. I’m not in favor of the Hospital Authority at all. I don’t think we should have a separate taxing district for providing indigent care.

I think that if you maintain a Hospital Authority, I think it should be for involving itself with not-for-profits, including churches, hospitals, and other not-for-profits in our community, and how we hold them accountable for assisting with the indigent care in this community.

Q. What can be done to make the Hospital Authority and its services run more efficiently, especially in light of the tax increase in 2017?

A. If the Hospital Authority is maintained, I think there need to be policies in place that assure the taxpayers of its efficiency and accountability. Along those lines, you should have annual applications submitted by groups who can serve the indigent, and you need to have criteria in place that show that they’re doing what they intended to do in providing those services.

So, it can’t just be, “Well, we’ve always received $500,000 a year from the Hospital Authority,” and after that, no one holds them accountable for what they do, which is basically where we’re at now.

There is zero — and I mean zero — oversight of those dollars once it leaves the bank account of the Hospital Authority to go to those organizations. Some may be doing their jobs, but there’s probably a lot who aren’t doing their jobs. You can’t just be stroking checks to everyone who applies.

Q. What do you think about the Hospital Authority’s relationship with Florida Hospital? Should the hospitals be asked to shoulder a larger portion of costs?

A. I think Florida Hospital should do the right thing and ask to dissolve the contract [between it and the Hospital Authority] immediately. I think that they should take a position that they are now going to assist with providing that care to the indigent without asking the taxpayer to fund them doing it. Very straightforward.

I think they’re capable of sunsetting [the contract] in 2020, and if Florida Hospital is not in agreement and I’m on the board then, I’m going to propose that the contract after 2020 is dissolved. I would hope Florida Hospital would understand the benefit and not need those funds.

My perspective is, I understand this game and how this works. A lot of the candidates are not privy to how medical billing works. When Florida Hospital submits a $10,000 bill for a CT scan, the actual expense for them is $250, if you stretch it to the limits. This is no more than a game of hide-and-seek. They charge an amount of money in excess of the cost of the services that they are providing, and the taxpayers of West Volusia are the ones stuck paying that bill.

They should not be making a profit off the indigent in this community, and that’s basically what they do. And they don’t make it necessarily off of the indigent, but off of us that are paying [taxes].

If they don’t want to dissolve [the Hospital Authority], let’s be fair and pay based on what the cost of these services [is], and not the profit above it.

It should be insulting to everyone who’s paying into that fund, because if your true intention is to help people who cannot afford health care, then do it without making a profit on it.

Q. Do you support disbanding the Hospital Authority?

A. Yes, absolutely, I support dissolving it.