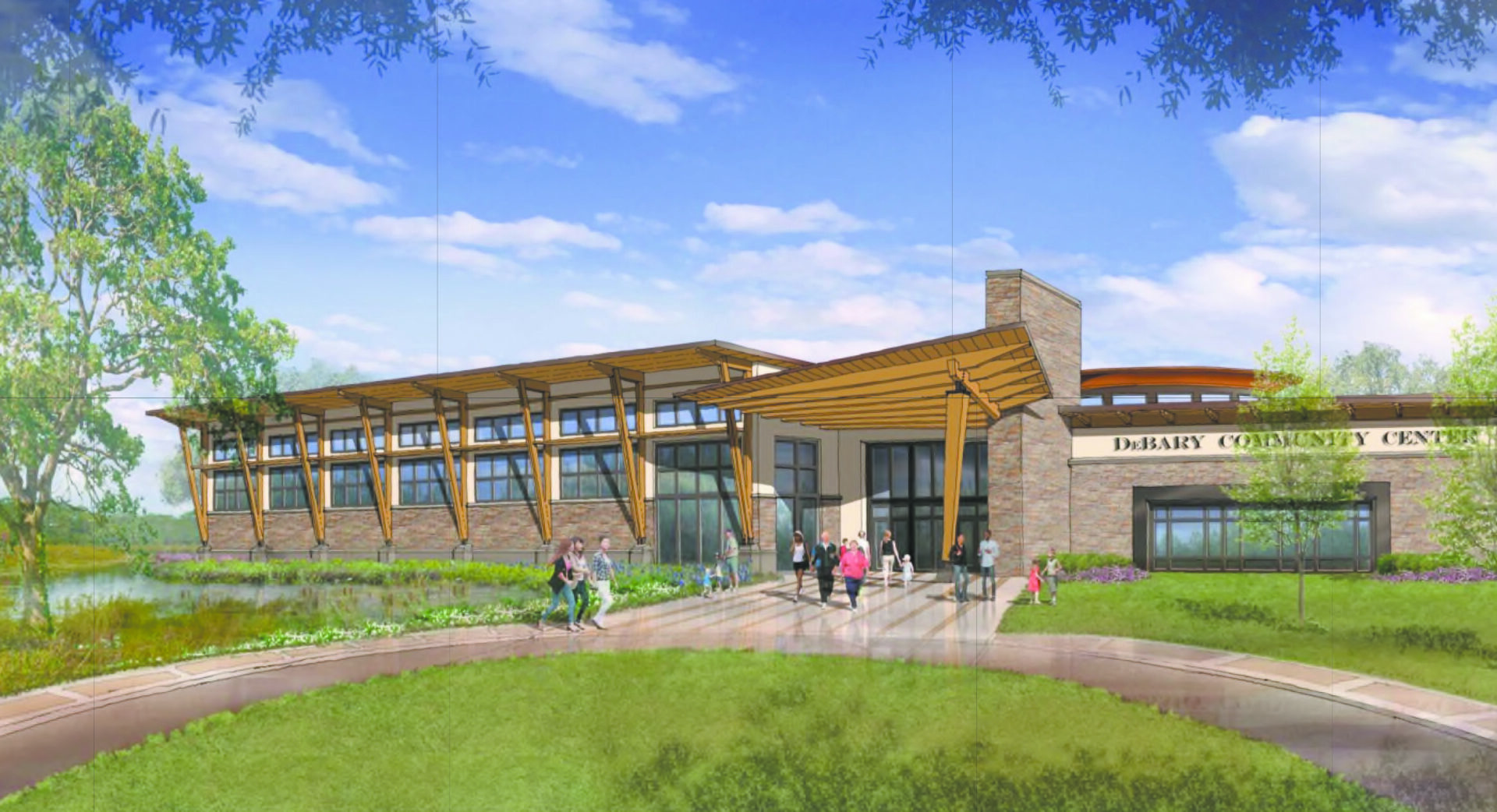 DeBary’s city manager is being accused of working for a political cause, on city time and using the city’s dimes.

DeBary residents will vote Tuesday, Nov. 6, on whether the city should build a $12.5 million community center.

The trifold mailers and postcards were sent to more than 3,700 voters in DeBary, calling for “yes” votes on the referendum.

Using birthdates on the Department of Elections voter list, Living Waters targeted older voters, who may be inclined to support the community center as a place for seniors to socialize.

Benfield alleges that city staff members helped design the mailers and provided the voter list to the PAC.

She dropped her bombshell at the Oct. 17 City Council meeting, leading to a tense exchange among council members. Benfield called for McLemore to resign.

City Council members agreed to an investigation, and said they will review the results — and give McLemore a chance to defend himself — at a special meeting Wednesday, Nov. 14.

“This city has not spent one penny on that PAC,” he said.

Benfield disagreed. Referring to the mailer, she countered, “It was reviewed and critiqued by staff on city time. City time is city funds. They’re not volunteering their own time.”

State law prohibits local governments and state agencies from active involvement for or against candidates or causes.

The Living Waters PAC was formed in July, to advocate for the planned 40,000-square-foot multipurpose facility. The concept for the community center was refined by an advisory committee of citizens appointed by the council in 2016. The plan calls for a gymnasium and fitness center, as well as meeting rooms and space for senior activities and programs.

The PAC was organized by Festival Designs, an Ormond Beach marketing firm that participated in DeBary’s July Fourth celebration. That event became a dud, when the planned fireworks could not be set off because of rain-soaked conditions.

On Oct. 24, McLemore confirmed that the investigation had begun.

“An independent counsel has been engaged through the city attorney to review the concerns and allegations and to determine if any laws have been broken,” McLemore said, refraining from further comments.

Benfield has voiced concern about the cost of the proposed community center. While the bond issue is $12.5 million, the total cost — including interest — will amount to almost $24 million, spread over the 30-year debt period.

That debt, Benfield said, may drive up taxes in DeBary and adversely affect seniors living on fixed incomes — those who may not be able to afford to go to the facility for social activities.

Benfield said she hopes DeBaryites will carefully consider the bond issue and its long-term impact before they cast their ballots.

She also lamented that the City Council will not convene again until Nov. 7, the day after the election and the possible passage of the bond referendum.

“At least the people will have the chance to vote on it,” Benfield said.