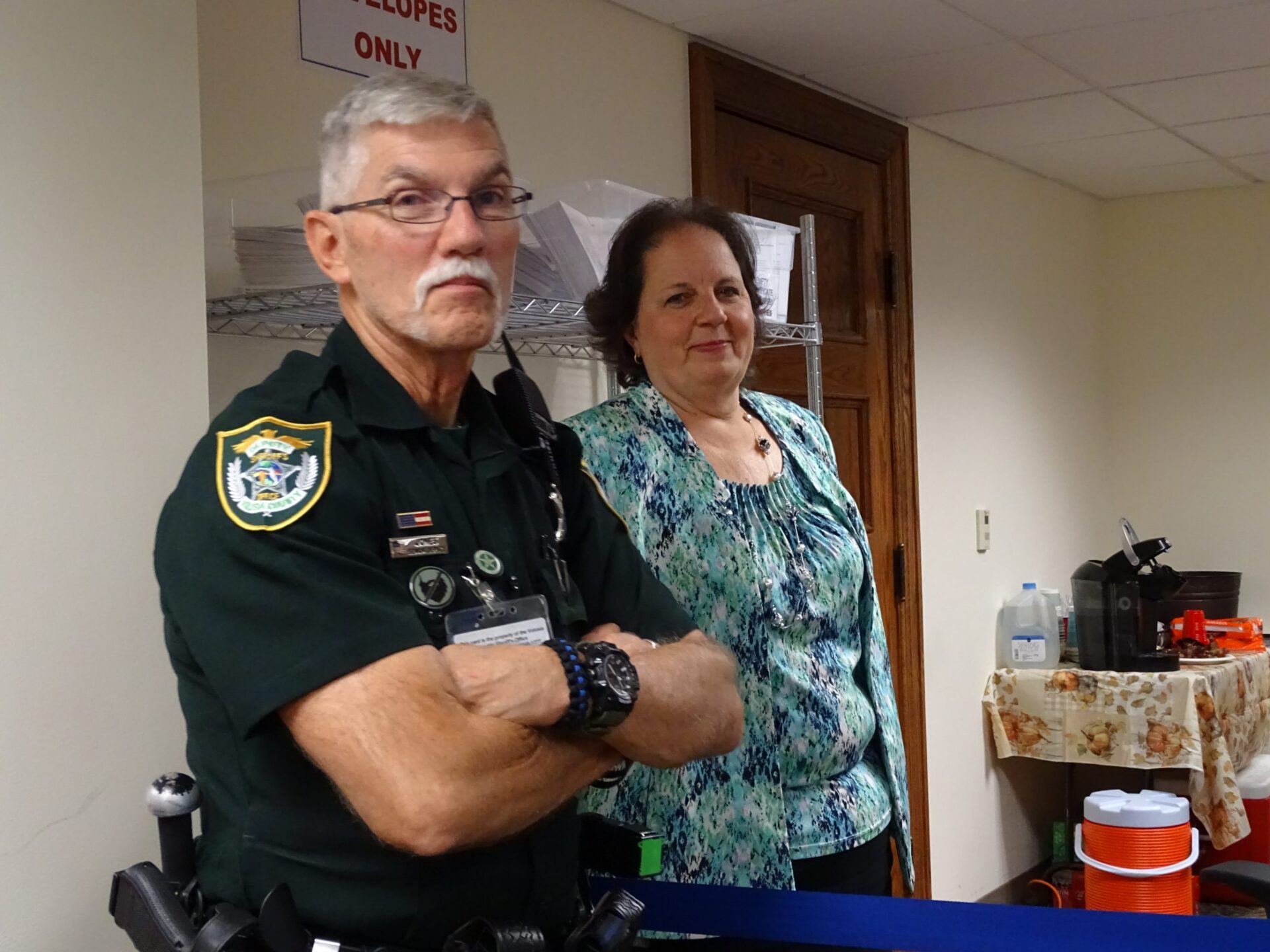 Nearly two-thirds of Florida’s voters Nov. 6 elected to adopt a constitutional amendment that may wreak havoc on Volusia County’s home-rule charter — and taxpayers may pick up the tab.

Amendment 10 confers state constitutional status on sheriffs and other local county elected officials, even in charter counties. Sheriff Mike Chitwood is elated with the change.

“The County Council needs to convene a Charter Review Commission right away. The constitutional officers’ powers and duties need to be listed,” he said.

The amendment was one of 11 adopted by voters across Florida. Of the 12 amendments on the ballot, only one — Amendment 1 — failed to garner the 60 percent required for approval.

Amendment 1 would have created an additional $25,000 homestead exemption for homes valued over $125,000. Owners of homes worth more than $100,000 would have also received an increase in their exemption.

Some local officials worried that, if passed, the amendment would cause sizable losses in funding for city and county governments.

Only 58 percent of Florida voters — and only 47.61 percent of Volusia County voters — gave it a thumbs-up, short of the supermajority required.

Amendment 10, by contrast, passed with 63.19 percent of the vote, though only 53.55 percent of Volusia County voters approved it.

Chitwood, who clashed with former County Manager Jim Dinneen over staffing of his department, hailed the constitutional amendment as something “that in perpetuity will protect the office of sheriff.”

Charter counties, the first of which were Volusia and Miami-Dade, are state political subdivisions governed by a charter that gives them more control over their own budgets and personnel than other counties without a charter. Of Florida’s 67 counties, 20 have charters that give them more autonomy than relying on state law alone.

Charter counties resulted from the 1968 Florida Constitution, which provided for counties to adopt more latitude in governing themselves.

That appeal privilege does not apply to charter counties, like Volusia.

Amendment 10 effectively overrides the charters of those 20 counties, in that it now makes the sheriff, the property appraiser, the supervisor of elections and the tax collector accountable to the state — namely the governor and Cabinet — rather than a county commission.

Volusia County has not had its own elected tax collector for decades — one of the changes that came about under its charter. One will likely be added to the county’s leadership cadre.

“We will see the creation of the office of tax collector, now nonexistent, and there will be a cost,” Dr. T. Wayne Bailey told The Beacon.

Bailey, one of the architects of Volusia’s charter, cautioned the newfound latitude of the elected constitutional officers will come with a price tag.

“It gives Volusia until 2020 to adjust. Some things will have to be settled by the County Council, such as dealing with the cost,” he said. “The Volusia County taxpayer will find it will drive up the millage.”

Bailey warned the newly empowered officials may be tempted to set up their own bureaucracies within their own domain, rather than participating in the centralized services of the county government as a whole. A constitutional officer may wish to create his/her own personnel department — to hire employees for the staff of that office — without using the county’s human-resources agency.

“I want my own legal adviser, and I think we need to do our own hiring,” Chitwood replied, when asked if he intends to increase the numbers of people and tasks within his office.

Will the sheriff operate the jail, as Volusia County’s pre-charter sheriffs did?

“The sheriff is not supposed to, under the law, run the jail. Under the law, the county is responsible for the jail,” he said. “In any event, that’s something we’ve got to talk about.”

The same may be true for other services, such as purchasing, payroll, legal affairs and information technology, to name a few.

“Now we’re going to have the Balkanization of county government,” Bartlett said, if the central support services of the county become more and more compartmentalized.

Bartlett, whose own post is now destined to assume constitutional status, denied any interest in expanding his office’s scope of work.

“I’m going to try to maintain what I have with the county right now,” he said. “I’m not interested in building empires. I’m just interested in being the property appraiser.”

Chitwood, for his part, said he and his office can be more efficient, and Amendment 10 gives him the opportunity to prove it.

“This is a way to shape the way we do business in the future, which could be streamlined, and we could do it without the bloated costs,” he said.

Chitwood added the Sheriff’s Office will likely use many of the county’s other support agencies just as it does now, by signing “memorandums of understanding.”

“There’s nothing that is secret in the Sheriff’s Office,” he noted. “When I go to ask for my budget, it’s listed. If I’m going to spend money on police radios, that’s in the budget.”

Bailey said the passage of Amendment 10 could confound the County Council’s efforts to hire a new permanent administrator.

“My concern is that we have a vacancy in the position of county manager, and it will be difficult, in this period of upheaval, to  attract good candidates,” he concluded. “I do not know how the transition will work.”

Bartlett, like Bailey, said Volusians should be upset over losing their voice in how their county is governed.