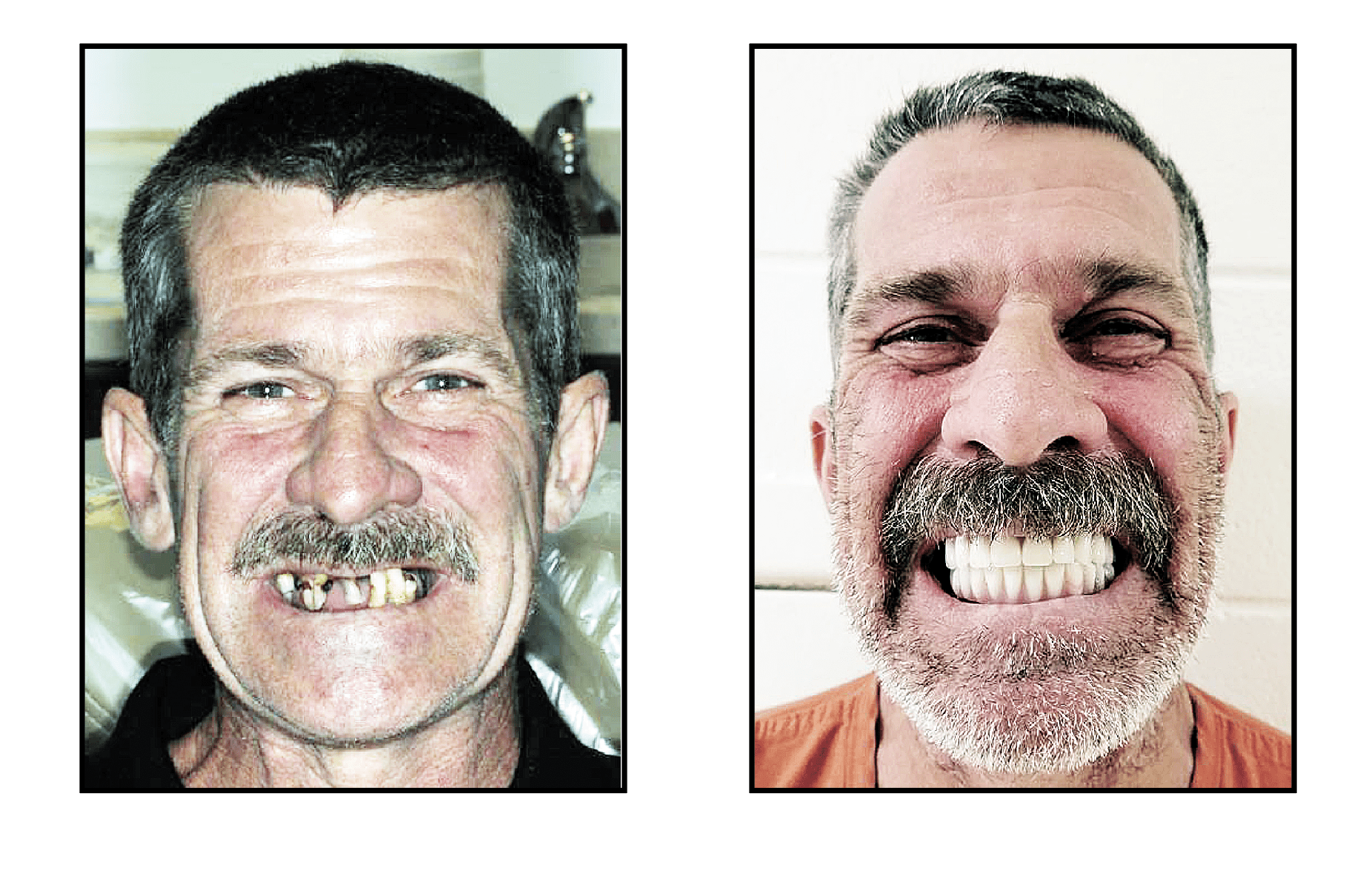 The photos of the suspect tell the story.

One of the Volusia County Sheriff’s Office’s most unusual cases is still unfolding.

The story involves a transient from Richmond, Virginia.

The Sheriff’s Office said he stole the identity of an elderly DeBary man and used the man’s good name to get a dental makeover.

The victim’s caregiver noticed the strange purchases and called the Sheriff’s Office.

“This started in August, and when the bills started rolling in in September, we started following up,” sheriff’s Sgt. Virgil Ford told The Beacon, adding, “We’re still following up with the dentist’s office in Plantation.”

Ford is still piecing the story together, but here is what he could tell us:

The suspect, identified as Timothy Powell, is in jail, charged with criminal use of personal identification.

The Sheriff’s Office believes Powell went to Plantation for thousands of dollars’ worth of dental-implant work.

“When he filled out the credit applications, he used the driver’s license and the Social Security number,” Ford said.

Powell was able to secure some $41,000 in credit from two lenders, even though the license showed a birthdate in 1938 and Powell does not appear to be 80 years old.

“He wanted to have good teeth when he went into a bank to cash a check,” Ford said.

Powell was also arrested in Daytona Beach for allegedly trying to pass a phony cashier’s check.

In addition to a mouthful of new teeth, Powell is charged with using the credit at a pet store in Plantation to purchase a French bulldog valued at $10,000.

Ford said he obtained copies of the credit applications.

From those copies, he obtained Powell’s fingerprints.

Ford said the victim in DeBary was spared the loss of his money.

“The place that provided the dental work is likely going to have to eat that cost,” Ford said.

As for Powell, there is no plan to repossess his implanted teeth.

He remains in the Volusia County Branch Jail while the investigation continues.

Ford said more charges are pending, and there may be other arrests.

In other words, watch out, dental-related criminals: The Sheriff’s Office is taking a bite out of crime.