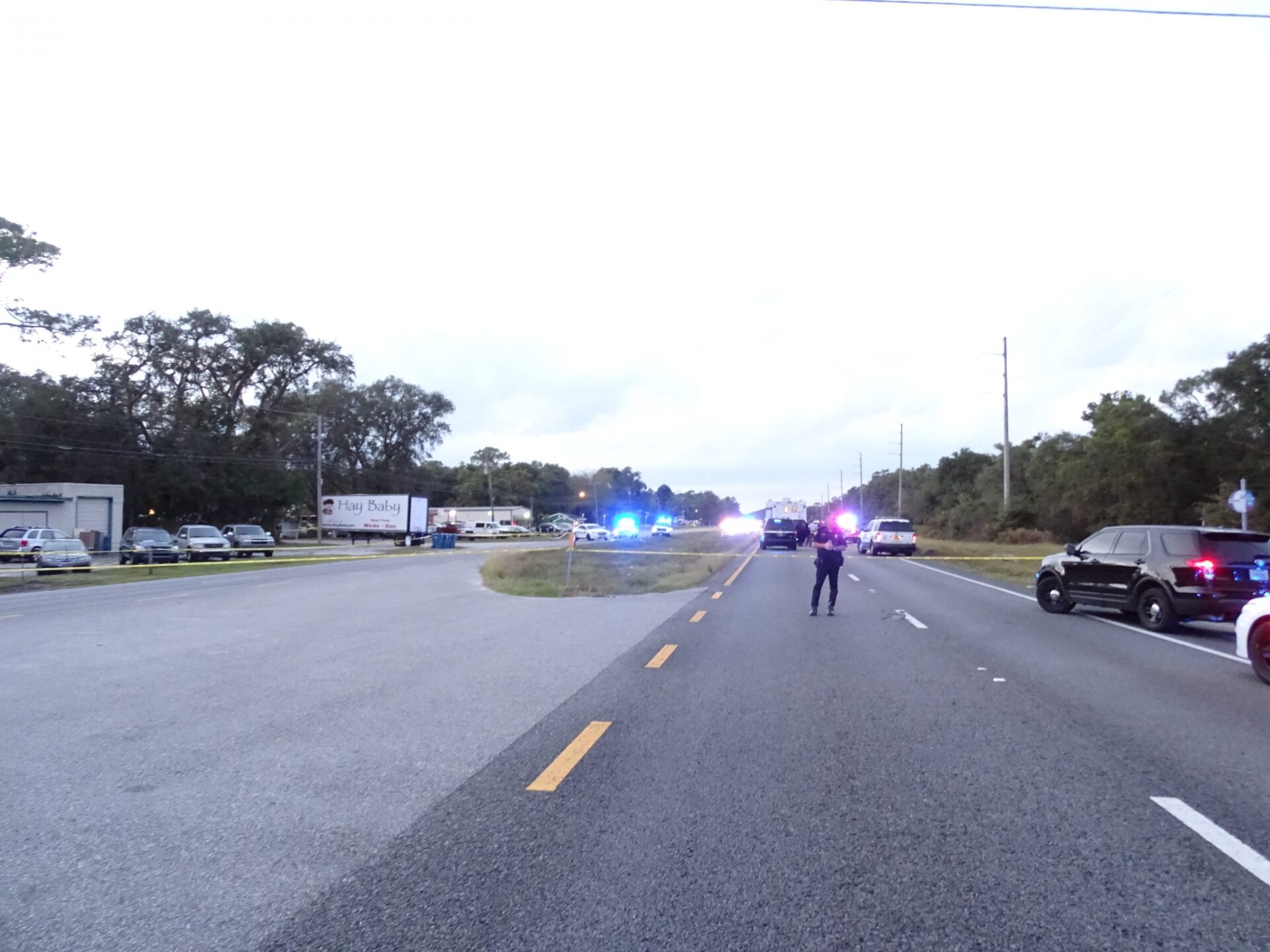 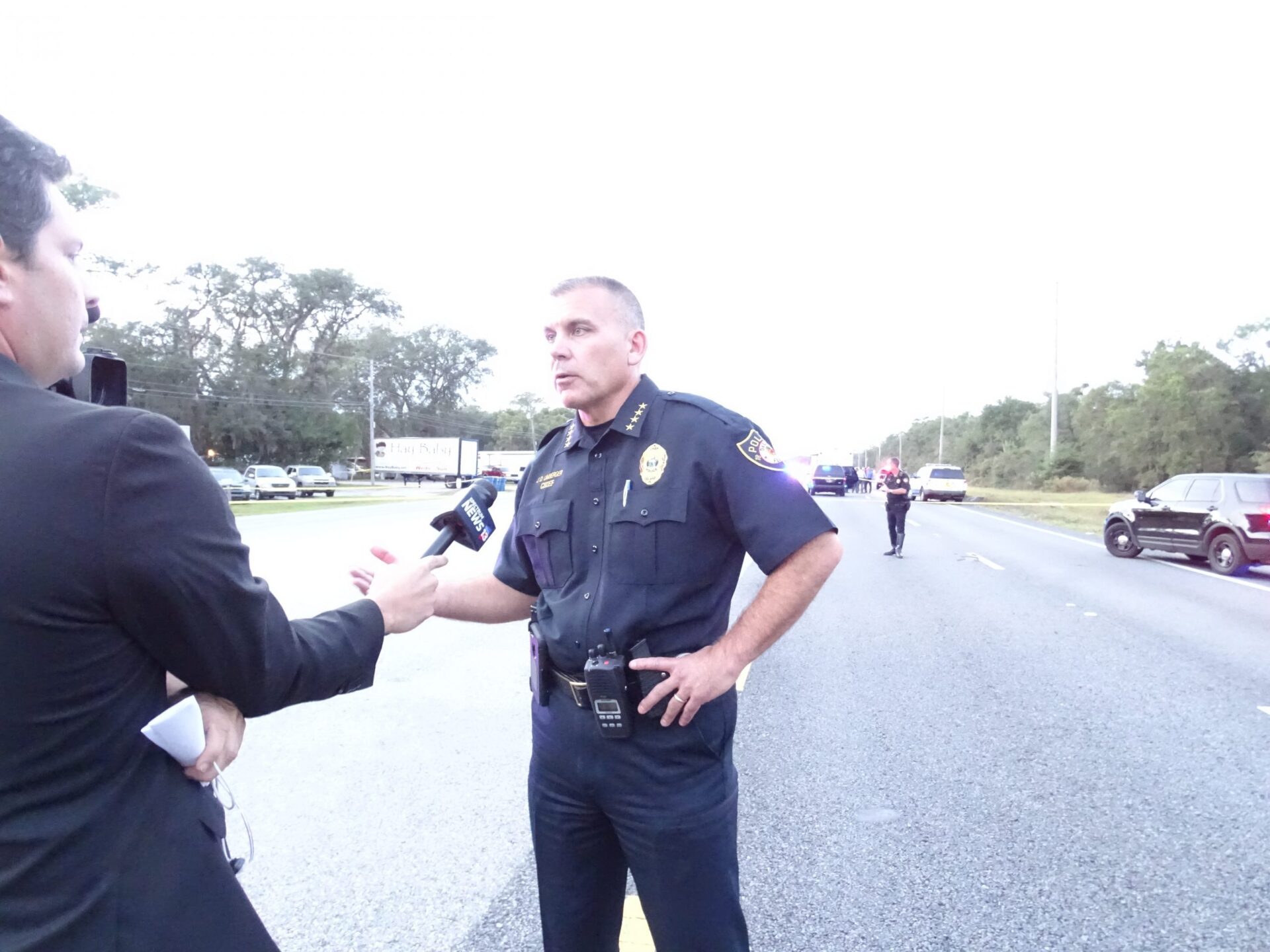 A Volusia County sheriff’s deputy and DeLand police officer shot a 33-year-old man wanted for attempted murder after the suspect began shooting at deputies, according to the Sheriff’s Office.

The situation began Monday afternoon, when Volusia County law-enforcement officials received word that Dillon Parker — wanted for attempted murder for his role in a Nov. 9 shooting in DeLeon Springs — was heading back into the county.

“At about 3:30 this afternoon, we got a phone call from a deputy in Lake County saying Dillon Parker is in a gold four-door car and is making his way to Volusia County right now,” Sheriff Mike Chitwood said Monday.

Sheriff’s Office officials said Parker shot a victim after an apparent argument at a home on West Avenue in DeLeon Springs around 5 a.m. Nov. 9, leaving him in critical condition.

His first encounter with a deputy Monday was while driving toward U.S. Highway 17 on State Road 40, when Chitwood said Parker’s vehicle crossed into the deputy’s lane and forced him into a ditch.

Parker turned southbound on U.S. 17, and deputies set up spike strips, causing him to lose control of the car and end up in a ditch just north of DeLand, less than a mile north of the U.S. 17/State Road 15A intersection.

Chitwood said at the same time, another deputy, Wesley Blum, “pulls in-between of Deputy Moss and the bad guy, and fires through his car window five shots at him.”

Meanwhile, DeLand police officer Cpl. Tony Tagle, who was on his way to work, witnessed the commotion in his rearview mirror.

“He swung his vehicle around, just in time to see this individual open fire on these deputies,” DeLand Police Chief Jason Umberger said. “He got out of his vehicle with his rifle and engaged the suspect and shot him.”

Parker was airlifted to Halifax Health Medical Center in Daytona Beach, where he remained in critical condition Monday evening. He was shot in the chest and leg, but was expected to survive, according to a Sheriff’s Office spokesman.

In addition to the attempted murder charge, Parker was facing charges of aggravated battery with a firearm and felony battery. He also had an active warrant for bond revocation on a previous charge of fleeing or attempting to elude law enforcement.

The Florida Department of Law Enforcement will investigate the circumstances of the shooting, as it does in all officer-involved shootings.

The incident took place nearly in front of the Tangerine Inn motel.

“It literally was like a ‘boom, boom’ so I jumped out of the bed … I come out, and I hear a helicopter, and I see police officers,” Kali Taylor, who had been staying at the motel, said a few hours after the incident.

Taylor witnessed the aftermath of the incident from in front of the motel.

“I did see them resuscitate him; I did see them them bring an ambulance; I [saw] the helicopter come down. They did a good job,” she said. “They must have knew it was him, because they were looking for him. They were right on top of it.”

She didn’t realize how serious Parker’s charges were until after the ordeal was over.