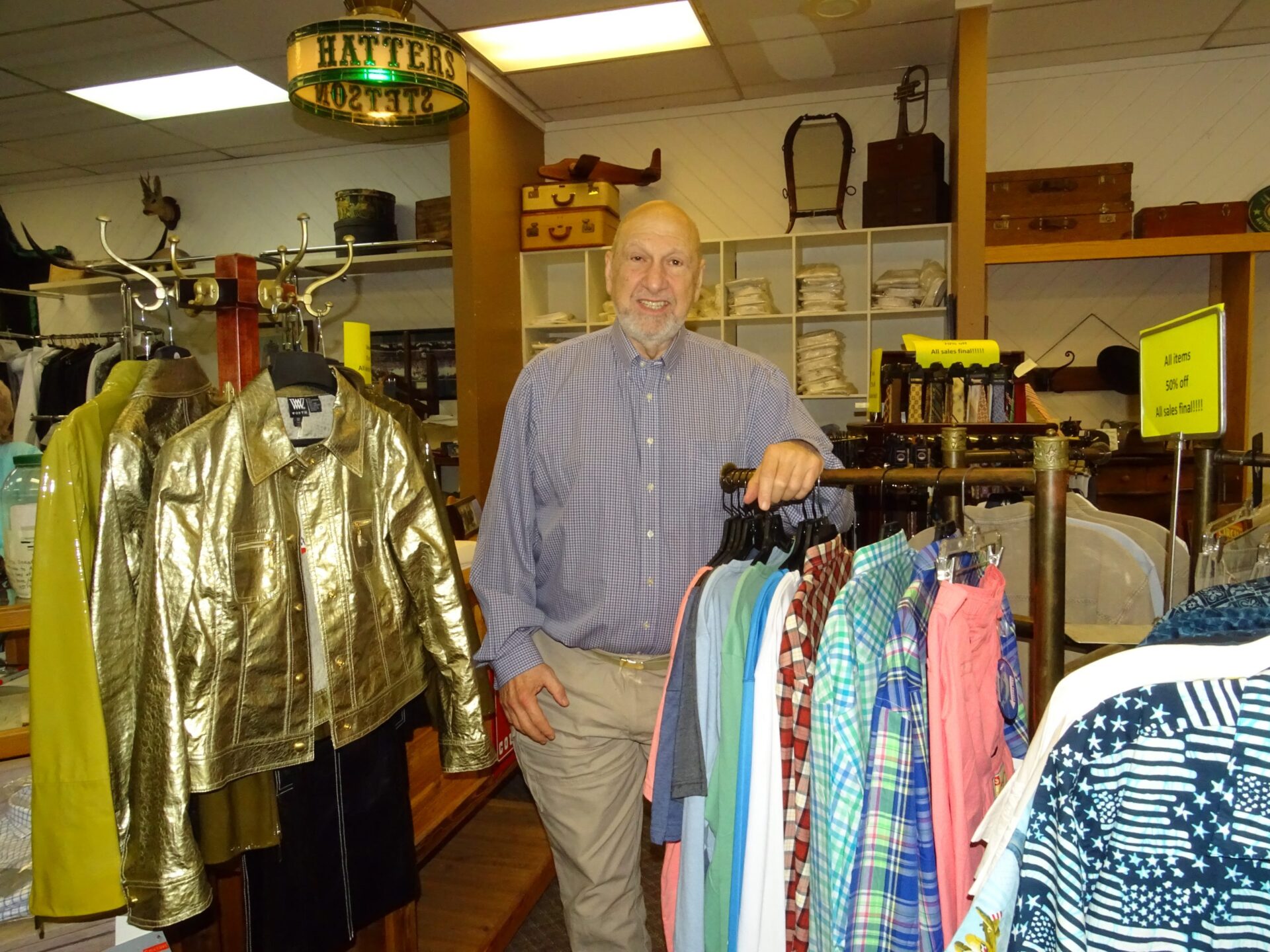 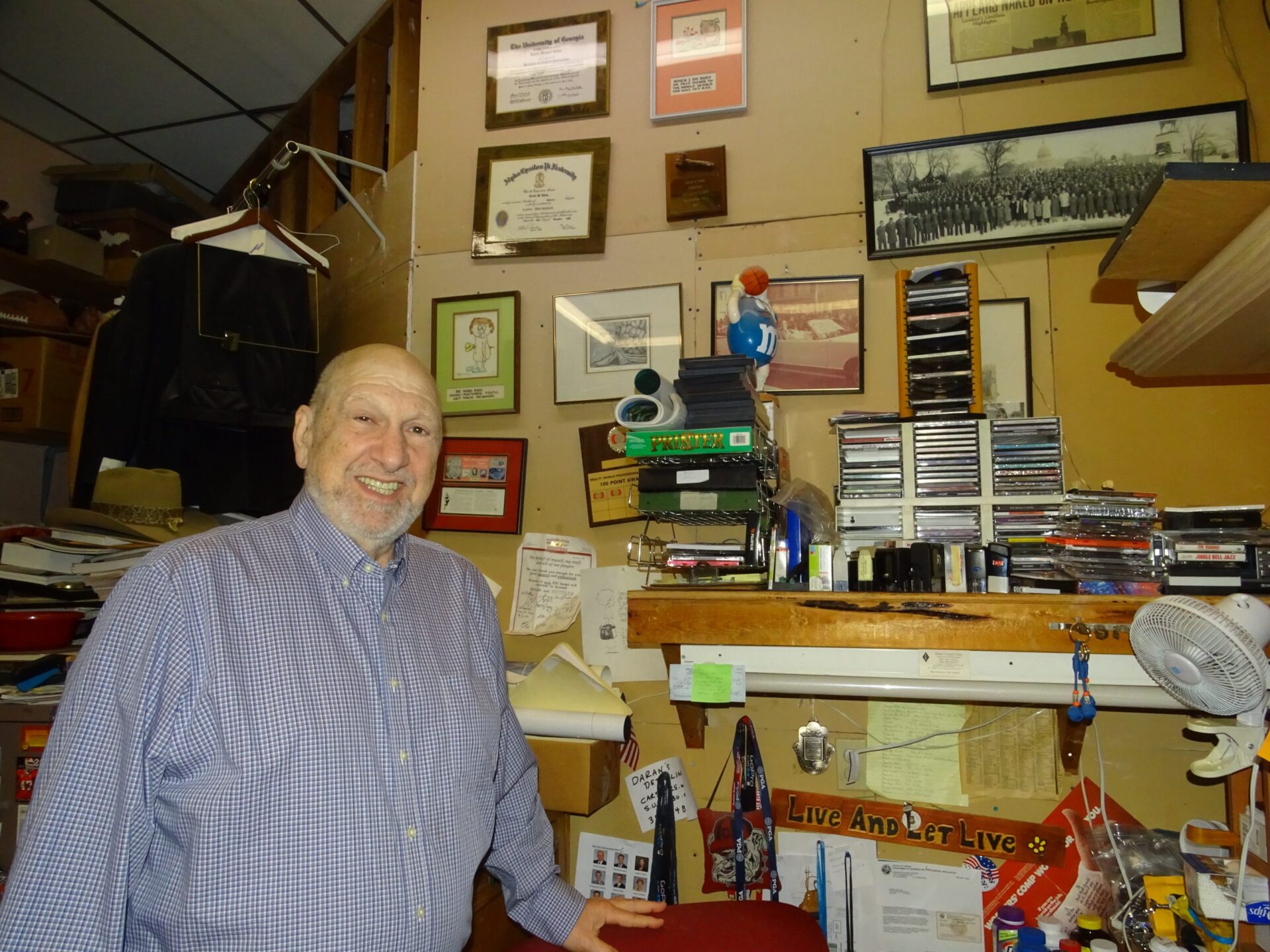 From the window of his shop at 135 N. Woodland Blvd., DeLand merchant Gus Gibbs has borne witness to the transformation of a town over the past four decades.

After a lengthy career of offering quality garments for West Volusians wanting to look their best, Gibbs, 75, is in the process of closing the Downtown DeLand store that bears his family name.

“I think after 40 years, I’m ready to try other endeavors,” he said.

Gibbs for Men opened its doors Oct. 11, 1978, in a Downtown DeLand that looked quite different from what today’s DeLandites would recognize.

“There’s just been a lot of growth since I’ve gotten home,” Gibbs recalled. “When I first moved home, there were two restaurants.”

When he opened his men’s clothing store, Gibbs was following in his family’s footsteps.

“[My parents] moved here in 1937 and had a general mercantile store, that ended up being strictly women’s after so many years,” Gibbs said.

His parents’ store was in the same block where Gibbs for Men is now.

Gibbs left DeLand when he was 15 to attend military school and, later, the University of Georgia. He returned to his hometown, and in 1978, decided to carve out a niche for himself in men’s clothing.

Since that time, he’s seen the founding of the MainStreet DeLand Association, scores of new businesses opening — and some closing — and the revitalization of what once was called “DeadLand” into a thriving, award-winning business district.

In the intervening years, just as his city changed outside his doorstep, the retail industry was changing around the world.

“It’s a whole different world of retail today. You really have to have a niche,” Gibbs said. “You’re not going to beat Amazon or anyone like that … It’s made it more of a challenge than it was.”

DeLand Mayor Bob Apgar said the closing of Gibbs’ store marks the end of an era in Downtown DeLand.

“Gus’ parents and Gus himself have been longtime business owners in Downtown DeLand, and with the closing of Gus’ store, it will end a multi-generational shop ownership by the Gibbs family,” Apgar said. “Gus, in particular, has been a strong supporter of many activities in our community, and so, his daily presence in Downtown DeLand will be missed.”

During his time as a DeLand merchant, Gibbs has been involved in his community. He’s a longtime Rotary Club member, and a strong supporter of youth athletics and other community efforts.

He also serves on the DeLand Planning Board — something he’d like to continue doing in retirement.

The Gibbs for Men going-out-of-business sale will run at least through the end of December.

If reading this story gave you a bit of déjà vu, you’re not crazy — this isn’t the first time Gibbs has tried to retire. In 2004, he announced he was closing, and held a going-out-of-business sale.

“The sale didn’t generate what it needed to,” Gibbs said. “I felt bad. I wasn’t misleading the public. I was actually going to do it, and it didn’t do as well as it should have done.”

This time, however, the die is cast. Another business — Gibbs would only say it’s “clothing related” — is set to take over the space at 135 N. Woodland Blvd.