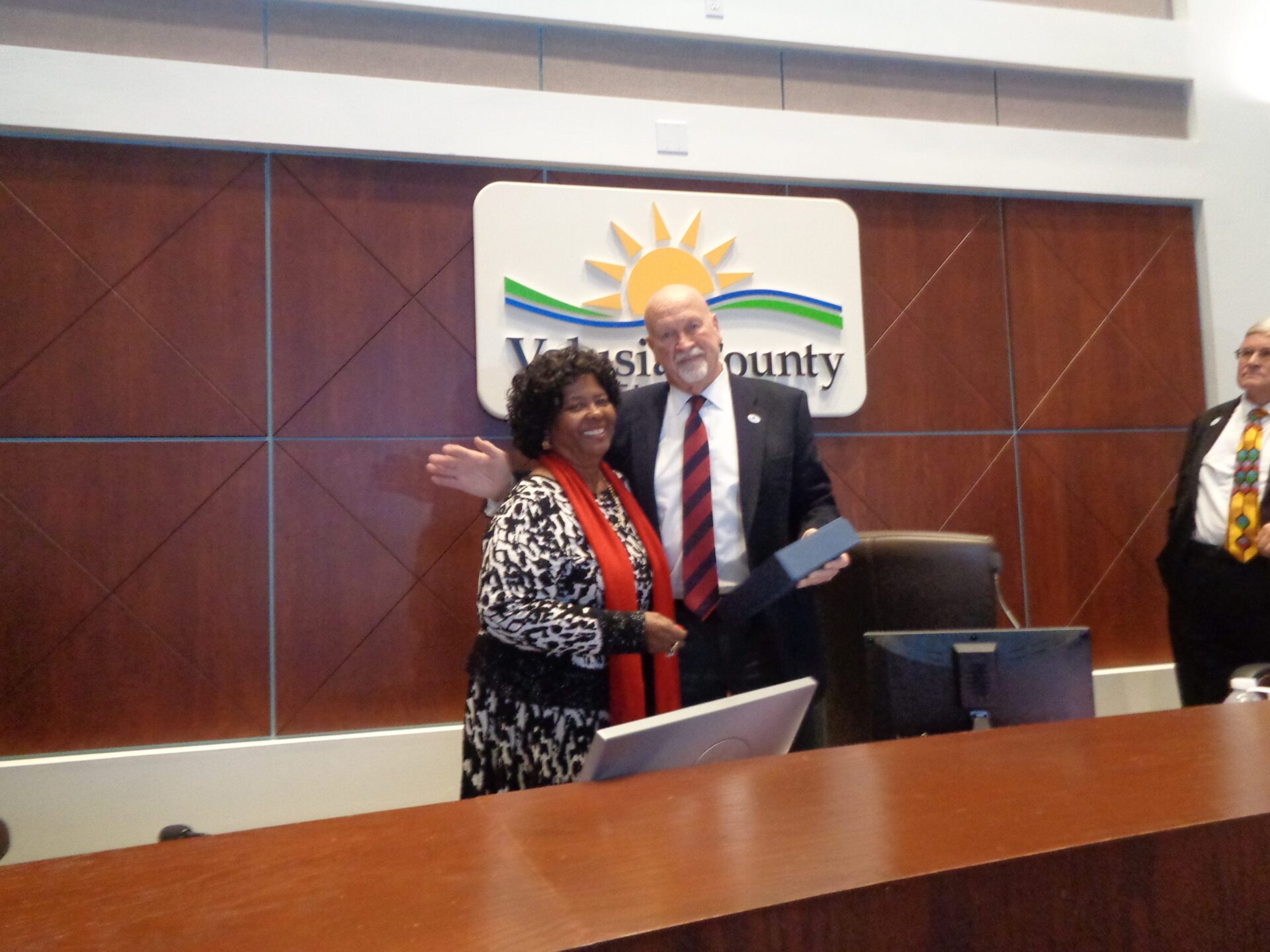 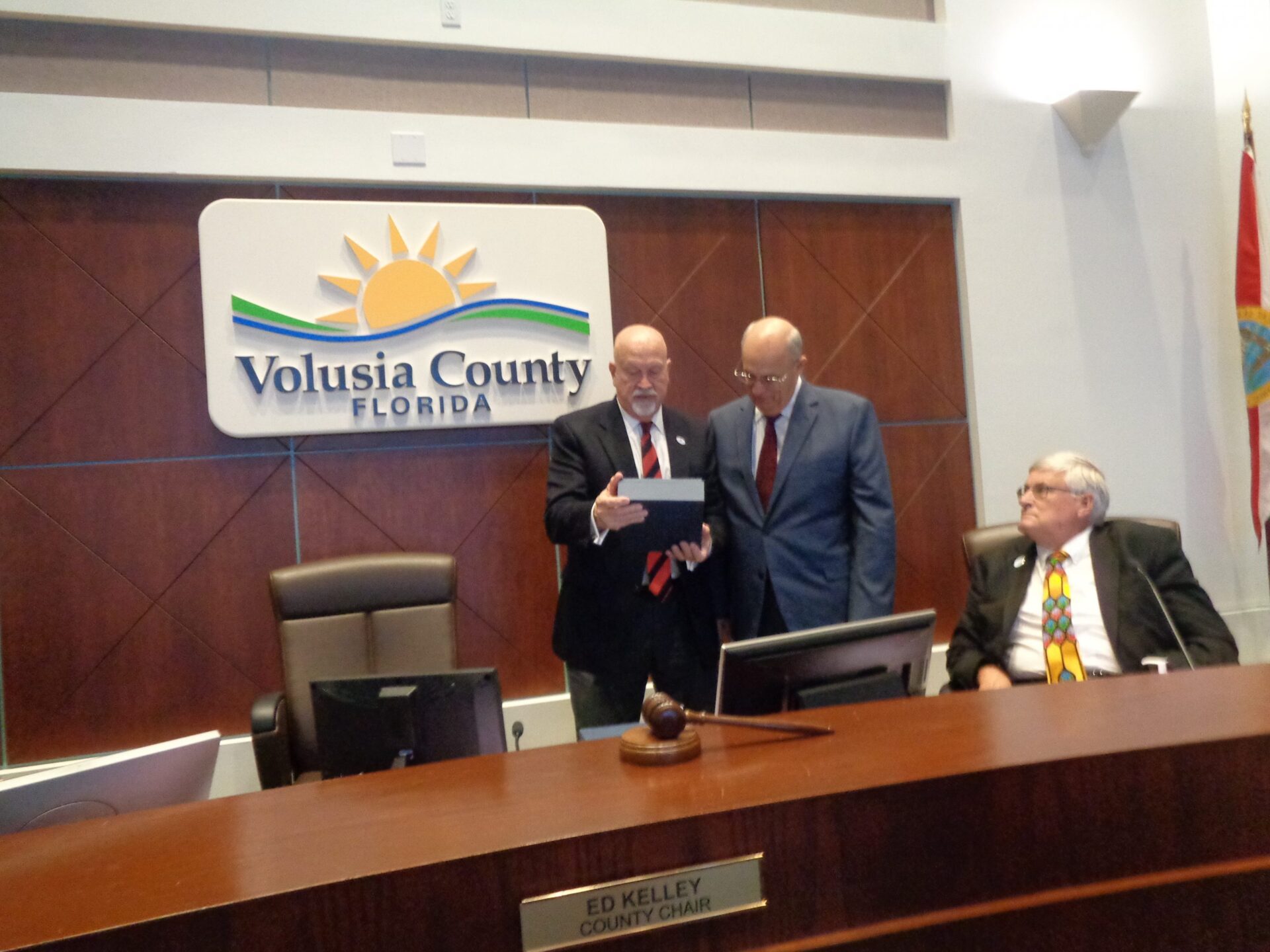 The Dec. 18 meeting was the last time Council Members Joyce Cusack and Pat Patterson will be together with their colleagues whose terms continue.

“Both of you — you’re going to be missed,” County Chair Ed Kelley told the parting pair.

Both Cusack and Patterson came into county government with prior service in the Florida House of Representatives on their résumés, and Patterson had also served on the County Council in the mid-1990s.

Cusack and Patterson bade farewell and good wishes to their constituents, their colleagues, and county employees, as they retire to become private citizens.

“I love you,” Al Bouie told Cusack during the extended session. “My prayer is that God will continue to bless you in every way. … He has done His work through you.”

In a time when political discourse is frequently marked by rancor, name-calling and verbal abuse of opponents, Patterson, a Republican, and Cusack, a Democrat, conversed and conducted public business with civility and courtesy.

“We’ve learned to disagree, without being disagreeable,” Kelley said. “This a a time, I think, when I think term limits don’t do us justice.”

Cusack is leaving office because she has served the maximum-allowed two consecutive four-year terms in her at-large position. Patterson was knocked out in the November election by challenger Barb Girtman, who will be sworn in in January to represent District 1.

“It has come to an end, and it’s been a wonderful experience,” Cusack said, as she basked in the praises and warm memories spoken by family members and friends.

Interim County Manager George Recktenwald offered a memory of Cusack during her days as a nurse in the Health Department. Recktenwald said he first met her in 1997, when he underwent a pre-employment physical examination, given by Cusack.

“There’s no council member who knows more about me than Joyce Cusack,” Recktenwald said, evoking laughter from all who heard the story.

Patterson recalled his successes, but lamented his inability to effect changes in the SunRail agreements. Those agreements, if left intact, may cost Volusia taxpayers more and more money in future years, even as the West Volusia section of the commuter-rail line remains unfinished.

Patterson noted, too, he and Cusack had served at the same time in the Florida Legislature. Though on opposite sides of the aisle, he noted they had stayed above the fierceness of the partisan battles in the state Capitol in Tallahassee.

Is there life after the County Council?

“I still have my insurance business,” Patterson said. “I’m still teaching my parliamentary-procedure classes at the [City Island] Library. I’m a member of the National Association of Parliamentarians.”