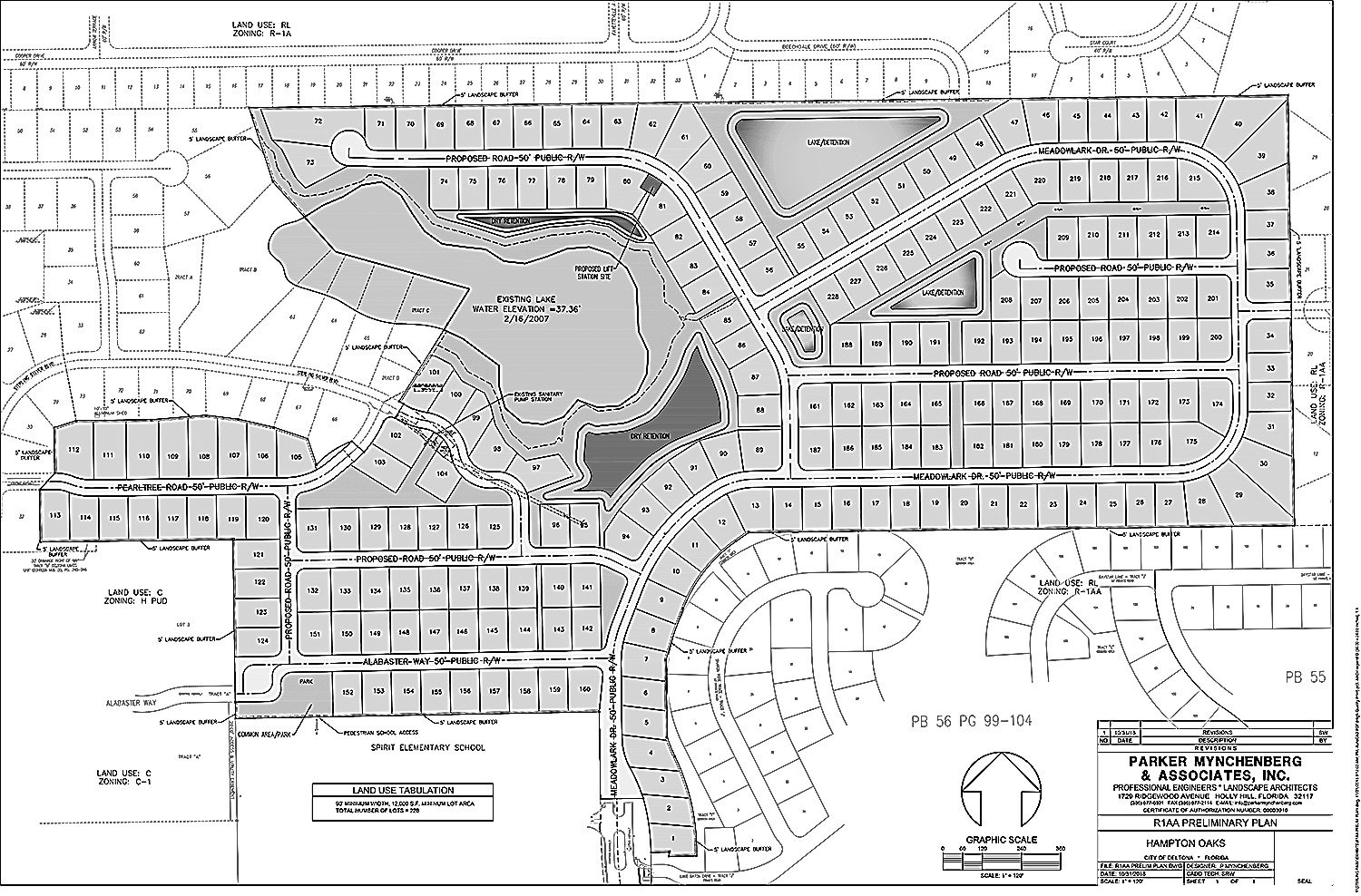 A request to rezone a vacant tract in Deltona for a new subdivision has raised fears of more traffic, flooding and the loss of animal habitat, even though city regulations already permit housing on the land.

“This is going to develop — that’s not a question,” City Commissioner Chris Nabicht said.

Homeowners in Kensington Estates and Sterling Silver object to the residential planned-unit development (RPUD) now pending, known as Hampton Oaks, fearing it will be too intense.

The project is on 131 acres between Fort Smith and Saxon boulevards. Spirit Elementary School is adjacent to the parcel, and the Walmart Neighborhood Market is close by.

Jeff Dinan worried about runoff from the homes and paved streets.

“They’re going to be dumping water,” Jeff Dinan said. “This is going to run off downstream to Fort Smith [Boulevard].”

The property may be carved up into as many as 259 lots, some of which may be as small as 55 feet wide and 75 feet long. Other home lots are larger, some almost a half acre.

The City Commission tentatively approved the rezoning on first reading Dec. 17. The final public hearing and commission vote on Hampton Oaks may come later this month.

Under Deltona’s growth-management plan and the current R1AA (single-family homes) zoning, the developer may construct as many as 228 homes without extensive reviews by city officials.

“We’re OK with either one of those plans,” ICI Homes President David Haas, the developer, said.

Dinan and his fellow Kensington Estates residents say the new settlers will add to the traffic volumes on their streets, which will become access and exit ways for Hampton Oaks.

Hampton Oaks will not be a gated community, according to Haas.

“We are inundated with rodents and animals,” he added.

The Hampton Oaks proposal also sets aside 28 acres for conservation and green space.

Deltona’s professional planners support Hampton Oaks, but the city’s Planning and Zoning Board voted 6-0 to recommend that the City Commission reject the proposal.

Haas said homes in the planned subdivision will sell for $300,000, plus or minus. He said Hampton Oaks has been in the planning stage for about two years.