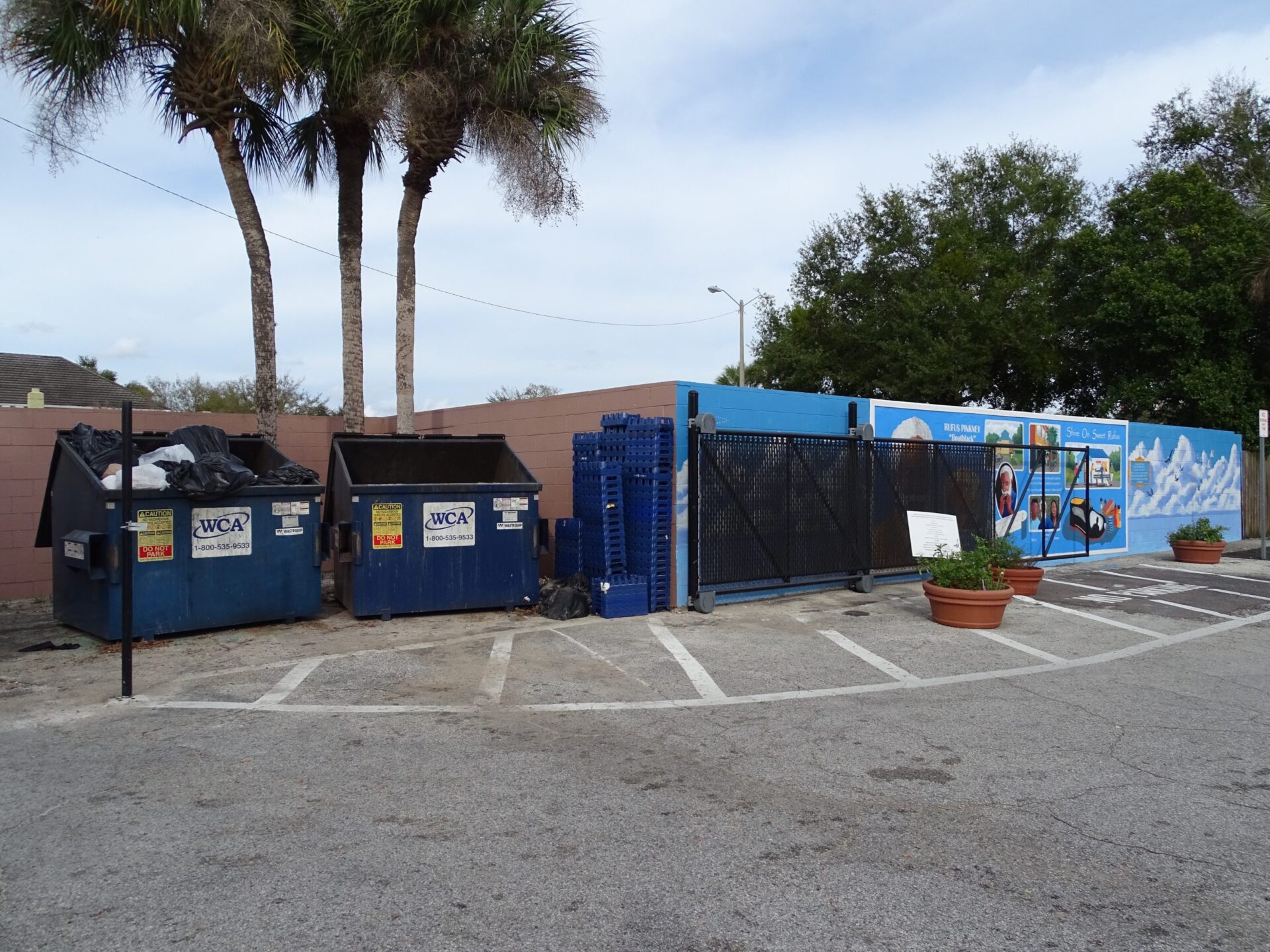 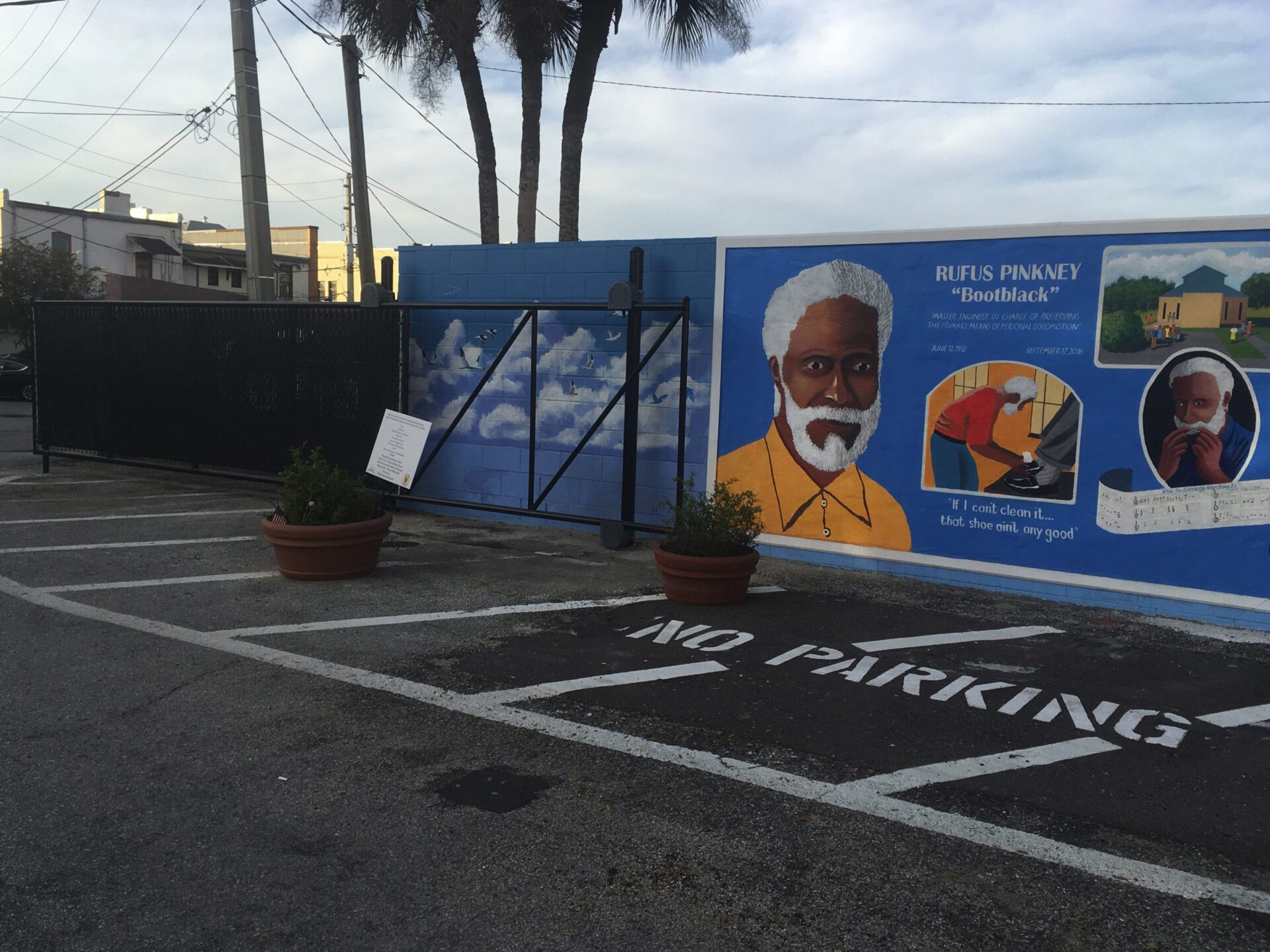 Those wishing to view the Downtown DeLand mural memorializing shoeshine man Rufus Pinkney may have found their view partially blocked as of late.

The mural — painted on a wall in city parking lot No. 4 along East New York Avenue, near where Pinkney’s shop trailer was parked for many years — is now partially obscured by a rolling gate when the gate is open.

The rolling gate was installed with the best of intentions, DeLand City Manager Michael Pleus said, to improve the appearance of the area surrounding the mural.

Pleus said the city had gotten a lot of complaints about the look of the two trash dumpsters immediately west of the mural. The gate was designed to roll across the view of those dumpsters.

“It’s designed to close completely so you can see the mural,” Pleus said.

The idea was that the gate would always be closed, except when WCA was emptying the dumpsters, twice a week early in the morning.

“We don’t have any other place to put the dumpsters,” Pleus said.

DeLand’s Public Works Department installed the gate last month at a cost of about $1,200, on the order of Public Works Director Demetris Pressley.

“He just thought that was the best solution,” Pleus said.

However, observers have noted that, even when completely closed, the gate structure obscures part of the mural.

“Once they finished up the mural over there, we got with our urban beautification staff to just put a fence there and make it more aesthetically pleasing for the mural there,” Pressley said. “When it was in the planning stages, we thought that style of [gate] was better … because of maintenance and the durability of it. So we decided to put that type of gate there.”

Now, he said, the city is looking at an alternative style of fence or gate that “doesn’t infringe on the mural.”

Pressley said the new solution could be installed in the next couple of weeks.

Pinkney, a well-loved Downtown DeLand figure, died in September 2016 at the age of 84. He was known for his friendly demeanor, his faith, and his ability to relate to anyone who crossed his path.

His business, Pinkney’s Deluxe Shoe Shine, was easily identified by the cartoon shoe-alligator painted on one side of his trailer.

Shortly after Pinkney’s death, a fundraising effort was set up through the MainStreet DeLand Association to pay for a mural in his honor, which cost $11,082.

Wayne Carter, executive director of the MainStreet Association, said he believed the city “had the best of intentions,” but that he wasn’t happy with how the gate affected the mural.

Carter said he’s spoken with city officials and is satisfied the city will fix the problem in a satisfactory way.

— Marsha McLaughlin contributed to this story.