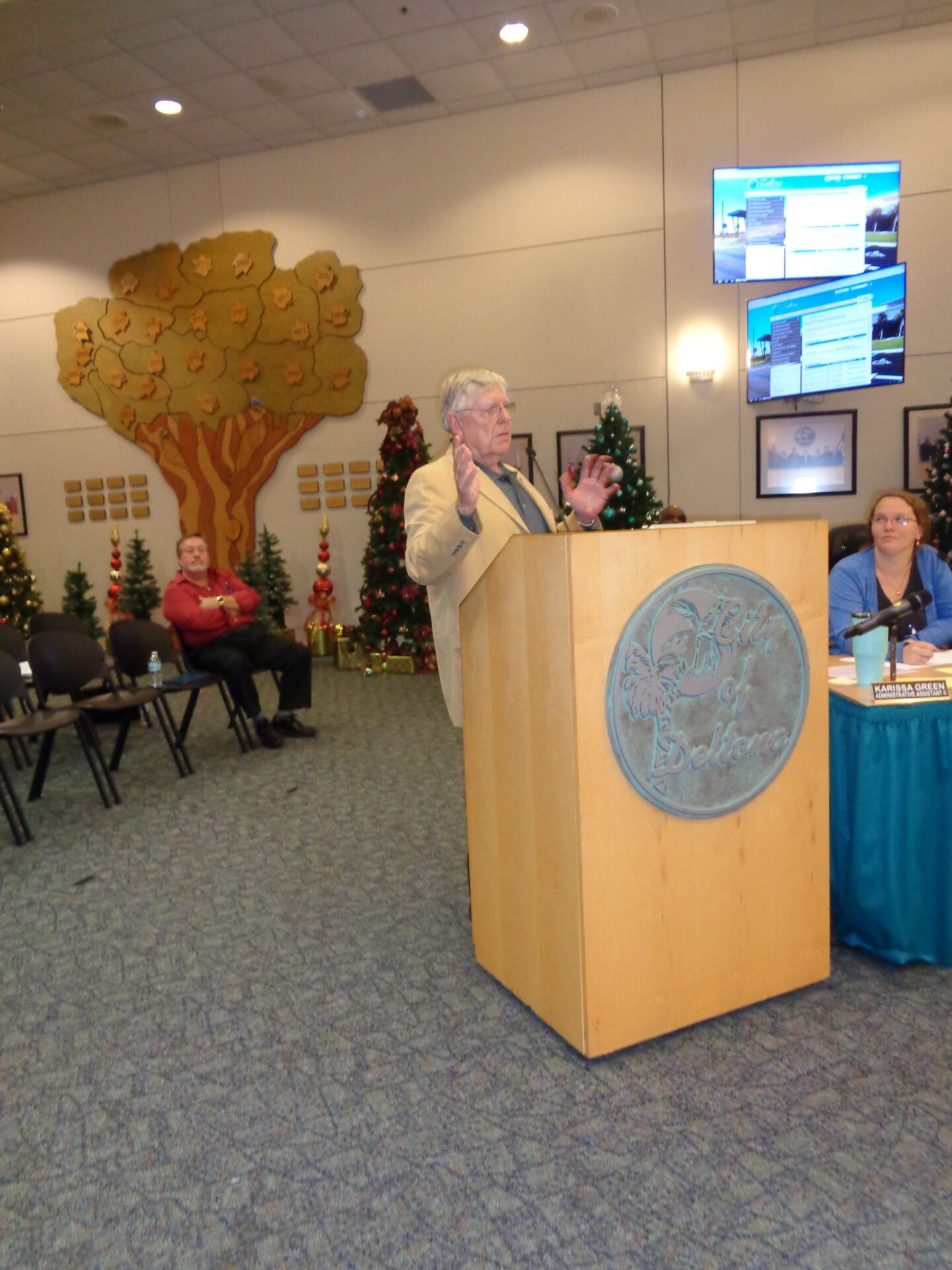 In the latest round of Deltona’s ongoing saga over garbage and trash, the city is suspending its curbside recycling program and is considering other changes.

Because there is no longer enough demand for reusable materials — metals, glass, paper and plastics — to make a special effort of separating them, the City Commission decided Jan. 7 to stop recycling. The decision goes into effect Feb.1.

The hold on recycling will remain in effect unless or until market forces make recyclables fungible commodities once again.

The numbers tell the story: It is cheaper to throw away than to recycle. Figures compiled by city officials and Bill Redman, a consultant under contract with Deltona, show the cost of recycling is $77 per ton, while the cost of disposing of those items in Volusia County’s Tomoka Landfill, near Port Orange, is $34 per ton.

As things now stand, Redman said, “40 to 60 percent of the materials that can be recycled go to the landfill.”

Deltona contracts with Waste Pro for pickup and disposal of household refuse. Waste Pro has separate trucks for collecting and hauling away garbage and recyclable items.

Deltona residents are currently supposed to place recyclables in a separate bin. With the change, however, recyclables can be placed, along with garbage, into the toters for a single pickup and hauling to the county dump.

While recycling is supposed to be environmentally sensible, by reusing scrap to produce new goods rather than new materials, City Commissioner Loren King said suspending recycling will benefit the environment.

“Less trucks, less personnel, less fuel” will be needed if the pickups and hauling are combined, he said.

Yard waste is not affected.

One of the biggest factors in the recycling market is China, whose purchases of scrap materials from the U.S. have diminished greatly in the past two years or so.

Attempts to stockpile recyclables until demand for them increases have not worked well, Redman said, because it is expensive to store them. Some materials, such as paper, may also become unusable with the passage of time.

Redman said the collapse of the recycling market is a nationwide problem, not limited to Deltona. Deltona formerly received rebates from the sale of recyclables, and that cash funded scholarships the city gave to its outstanding high-school graduates. Recyclables netted Deltona $83,300 in 2011, Redman said.

“That was the high-water mark,” he added.

The rebates have vanished. Deltona, according to Redman’s data, has not received any payment for its reusable materials for the past three years.

Not recycling may also lower the special charges Deltona residents pay for solid-waste disposal. The standard assessment for household garbage and trash pickup is $202.80 per year. The charge appears on property-tax bills. Redman estimated the pause in recycling may enable the city to reduce the annual assessments by about $21.

“You’re taking more to stick that money in a bank account in Deltona, and we’ll never see that money again. That’s a rip-off!” Elbert Bryan told the City Commission.

“You can come and tell them you want your $21 back,” City Attorney Marsha Segal-George advised Bryan, noting the commission conducts a public hearing in July, before the assessment becomes final.

What the trash-pickup charge may be in the future is not known, as city officials consider more changes. Other ideas include combining commercial and residential hauling routes and schedules, to achieve what Commissioner Chris Nabicht described as “an economy of scale.”

The City Commission will discussion the consolidation proposal at its March 4 meeting.

In addition, the city may wish to charge its haulers payments for the privilege of doing business in Deltona, called “franchise fees.”

Franchise fees would enable contract haulers to “pay the city back for the wear and tear on the roads,” Segal-George said.

The City Commission agreed to discuss the possible charges in a future workshop.