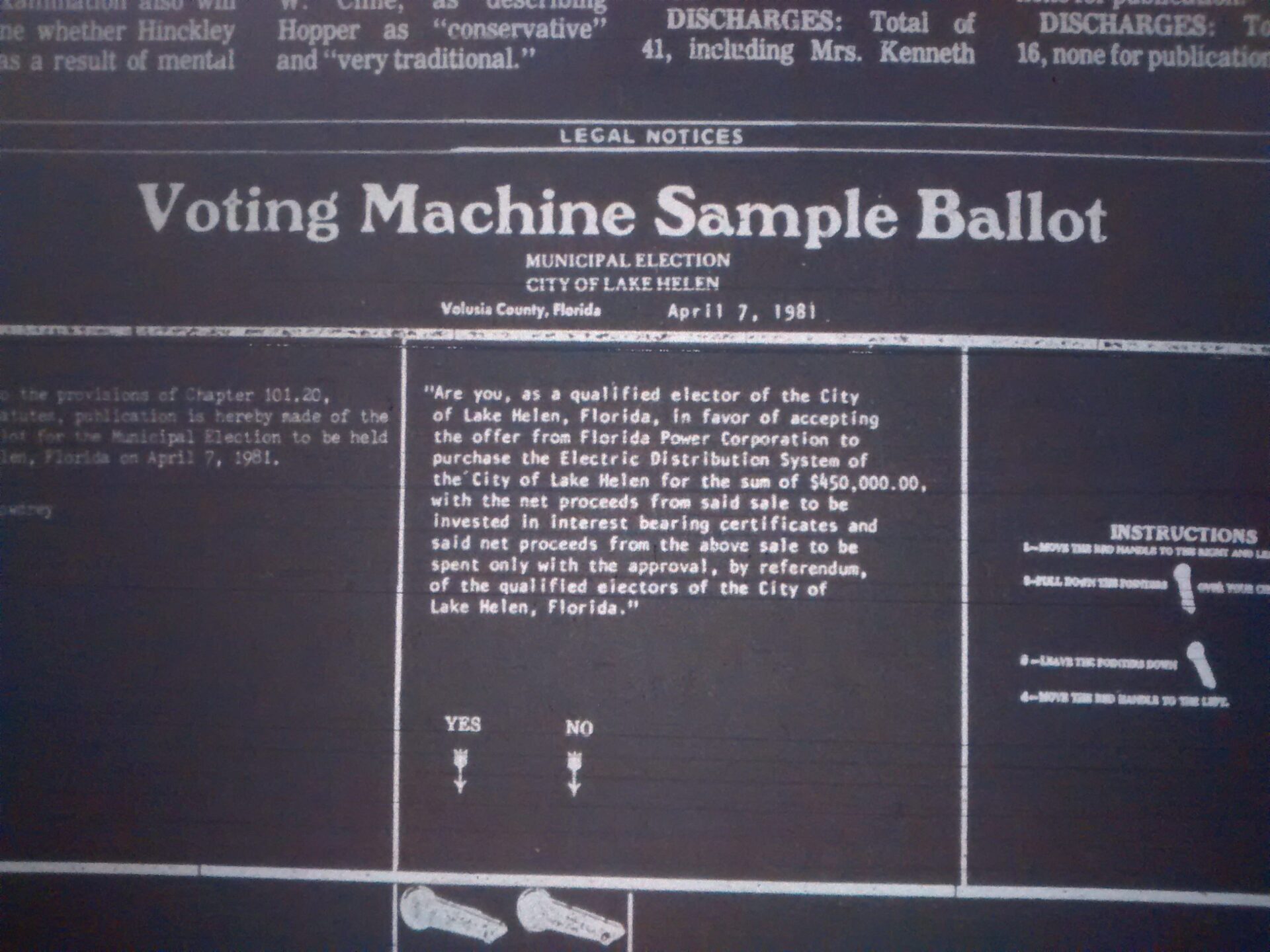 Once upon a time, in 1981, Lake Helen residents voted to keep the profit from the sale of their electric system to Florida Power Corp. in untouchable interest-bearing certificates.

“Back then, $350,000 was a million dollars,” Vice Mayor Vernon Burton said, as the City Commission considered the certificates at its Jan. 22 meeting.

Somewhere along the way, Lake Helen’s City Commission had also voted to annually transfer interest earned on the certificates to the city’s general fund.

“Forty years ago, this model made sense,” Burton said.

By the early 2000s, the rules for the fund were so vague and the lore so great that commissioners assumed they couldn’t make any modifications — couldn’t move the money so it would generate more interest, for instance, or vote to keep the interest in the fund.

“We erred on the side of caution,” said Burton, who has been a commissioner since 2008.

“The principal sat there, and every year you took the interest and spent it,” resident Todd Preston said.

“I called it the ‘black question,’” former Commissioner Alan Cooke said, “because every time it was brought up, it was ‘God don’t touch that or I’ll have a heart attack!’”

It wasn’t until 2016, when auditors asked about sale proceeds, that city commissioners realized they had more power than they had thought regarding the certificates.

“We went to the library,” City Administrator Becky Witte said.

There, by reading through old commission minutes, the officials realized they were not required to transfer the yearly interest into the general fund.

The auditors recommended that the city relocate the money so it could be used in an emergency. City commissioners considered asking voters in 2016 for permission to do that, but ultimately did not.

Now, the county’s plan for a referendum this year on whether to increase the local sales tax has resurrected the question of a ballot referendum on the untouched funds, and the City Commission appears to be using the opportunity to discuss better management of the money.

“Even if the voters vote no on the referendum, the commission can vote to keep the interest in the fund,” Commissioner Jim Connell said. “As a small gesture to future commissions.”

“What happened 38 years ago, it left us in the lurch because we didn’t have the language on how to use it,” Burton said. “Going forward, for future commissions, whatever the return of that money is, we spell it out.”

The City Commission has until Feb. 28 to decide on the language for the referendum.