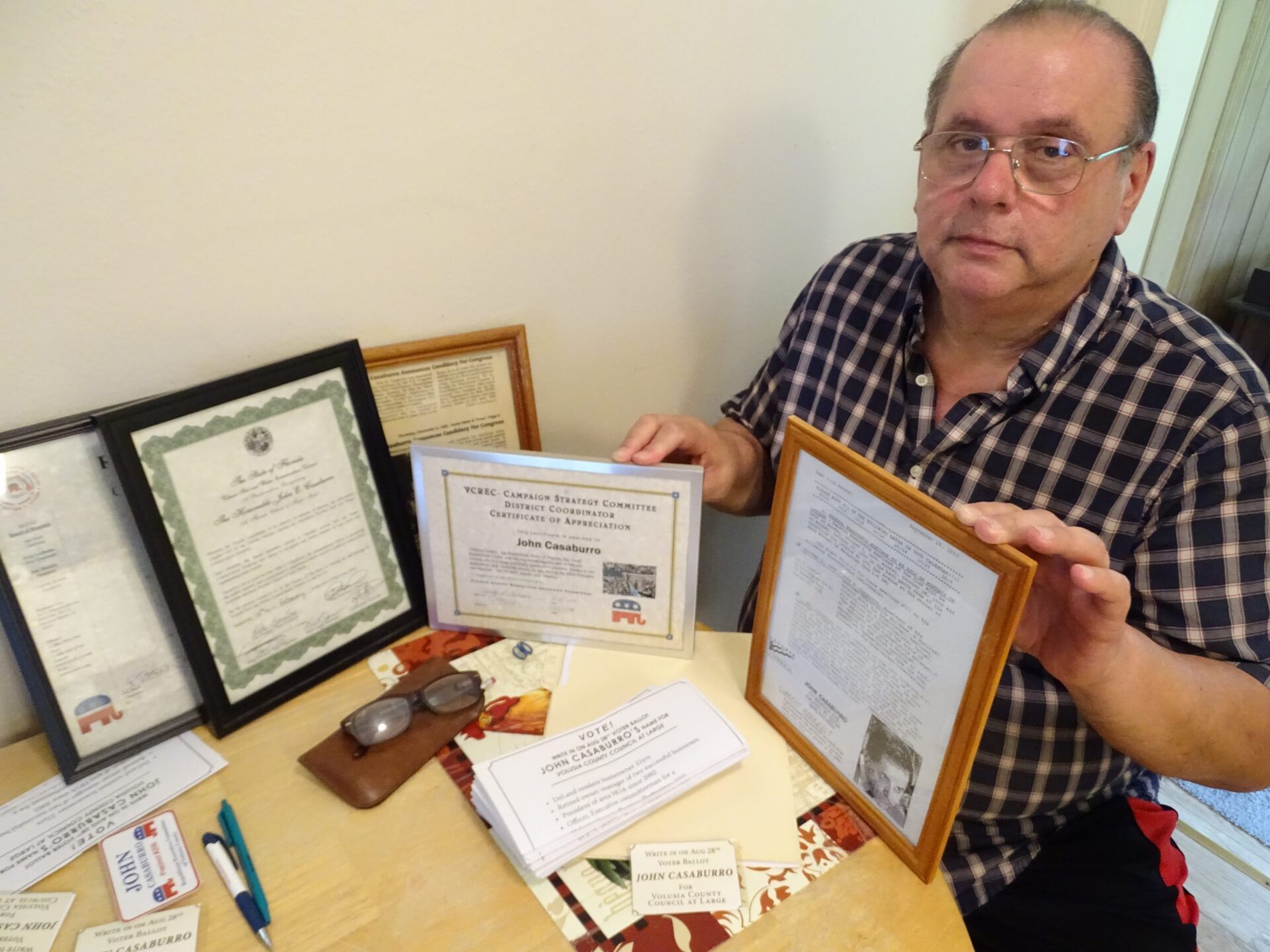 A write-in candidate in the 2018 Volusia County Council at-large race is suing the winner of the race and the publisher of a news website.

Claiming the two men defamed him during the campaign, John Casaburro filed the complaint in the Volusia County Circuit Court against Council Member Ben Johnson and publisher Henry Frederick, for allegedly spreading false information and “malicious statements” about him in the run-up to the Aug. 28 election.

“The slander is so bad it is diminishing all the good work I’ve done,” Casaburro said.

Casaburro said he entered the pro se suit in DeLand Jan. 16, and said he is “trying to get a lawyer.”

Johnson served 2001-17 as sheriff of Volusia County. He ran for the at-large seat on the County Council and won in the primary in 2018, defeating Dr. Ronald Durham and Casaburro.

Frederick owns and publishes Headline Surfer, a cybernews outlet based in Seminole County. Casaburro is asking the court to award him more than $15,000 in damages, as well as court costs and attorneys’ fees.