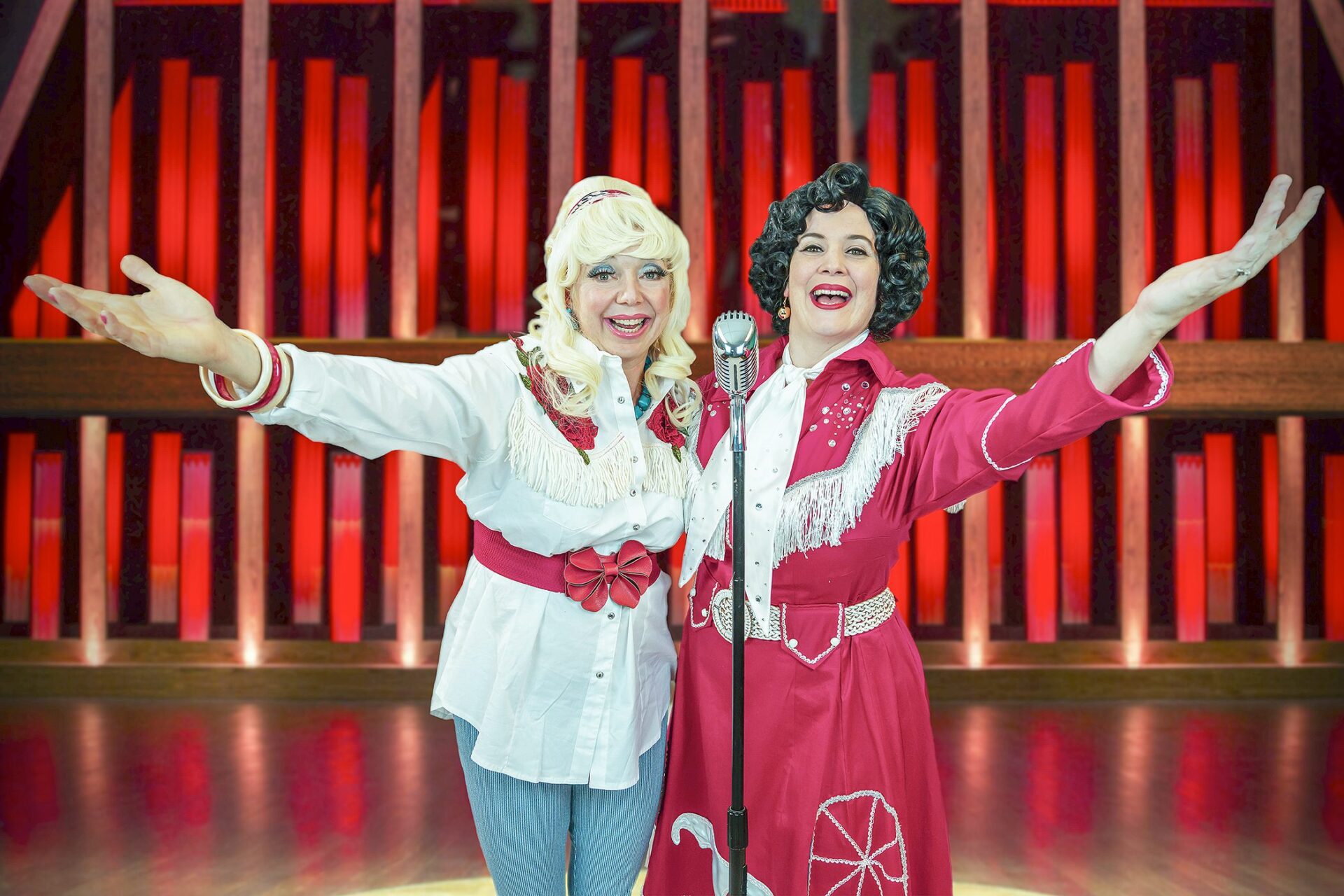 Have you ever imagined what it would be like, not only to meet your favorite performer, but to get a chance to spend an evening with the star and become real friends? This dream really did come true for Louise Seger, when she brought her boyfriend and boss to see her all-time favorite singer, Patsy Cline, at a Texas honky-tonk.

Seger insists they arrive at the show exactly an hour-and-a-half early to try to meet Cline, and the two women end up drinking a beer together.

After the show is over, Seger convinces Cline to stay at her house rather than the motel. The two stay up talking “After Midnight,” and thus begins a close friendship that continued until Cline’s untimely death in 1963.

The tale of that not-so-very-long-ago-night when a superfan and a superstar met is the basis for the next must-see-play at the Athens Theatre in DeLand — Always … Patsy Cline.

Seger is the perfect instrument to string together more than 20 Patsy Cline chart-topping hits while simultaneously telling the heartwarmingly true and funny tale of how a close friendship was born.

Most of the dialogue is pulled straight from interviews with Seger, and the show’s title inspired by Cline’s letters to Seger (which were all signed “Love ALWAYS … Patsy Cline”).

Backed by a live five-piece band, Cline is reborn through the amazingly talented Becca Southworth. Her haunting vocals will have you feeling like you’re really attending a concert by the Honky Tonk Angel.

Joining Southworth in the limelight as Seger is the dynamic Aimee Aballo. Aballo’s talent for physical humor and her ability to make a whole audience instantaneously fall in love with her is perfectly fitted for this wisecrack-slingin’, beehive-sportin’, Schlitz-drinkin’ character.

If you are a Patsy Cline fan, this is a show you cannot miss. If you aren’t familiar with country music’s original leading lady, then this is an opportunity you shouldn’t miss.

The Athens Theatre invites you to join them Friday, Feb. 22, as they celebrate opening night of Always … Patsy Cline with free champagne.

To purchase tickets in advance or for more information, visit the Athens Theatre website at www.AthensDeLand.com, or call the box office at 386-736-1500. Box-office hours are 1-5 p.m. Wednesdays-Saturdays, and one-and-a-half hours before live performances.