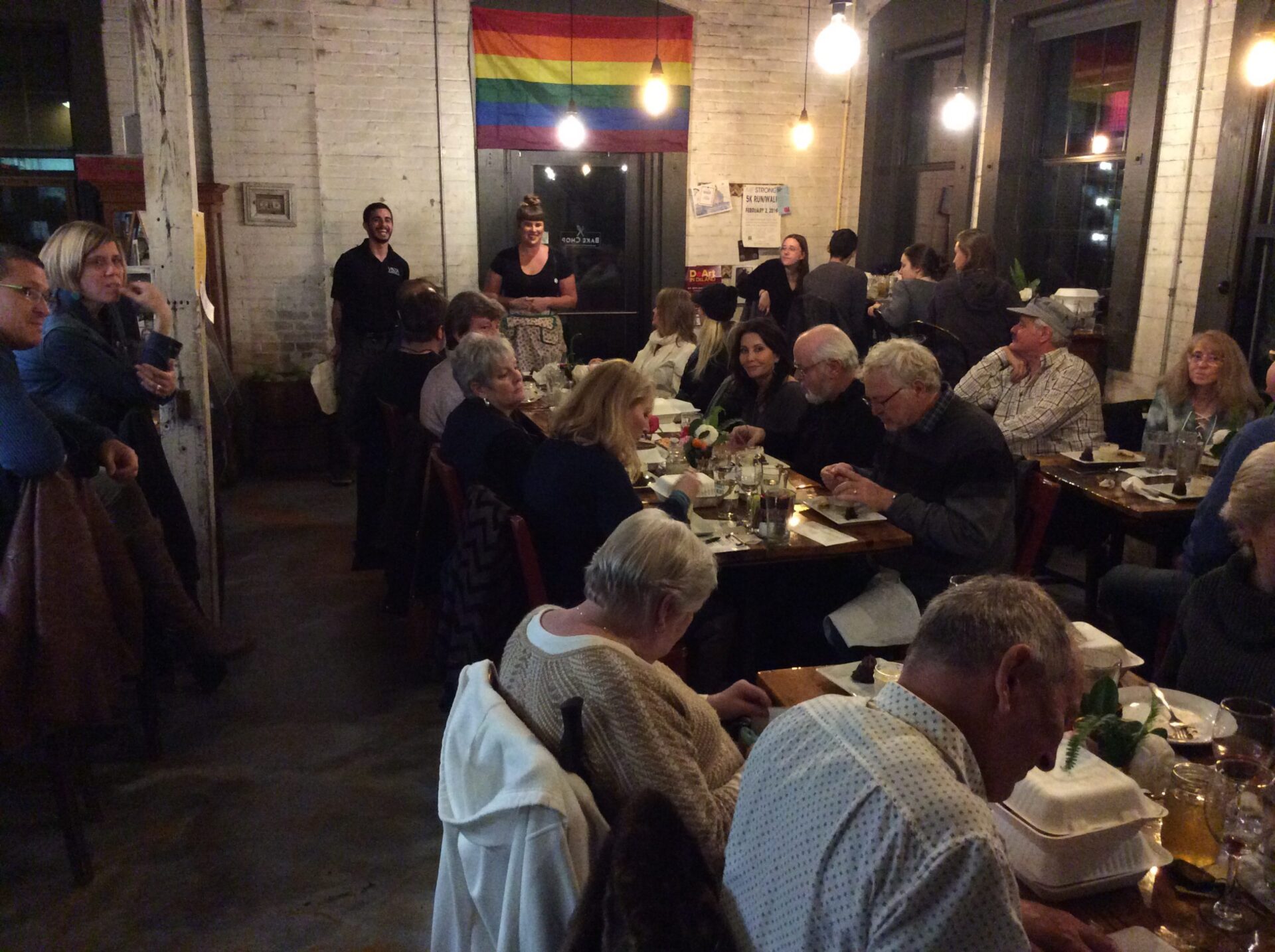 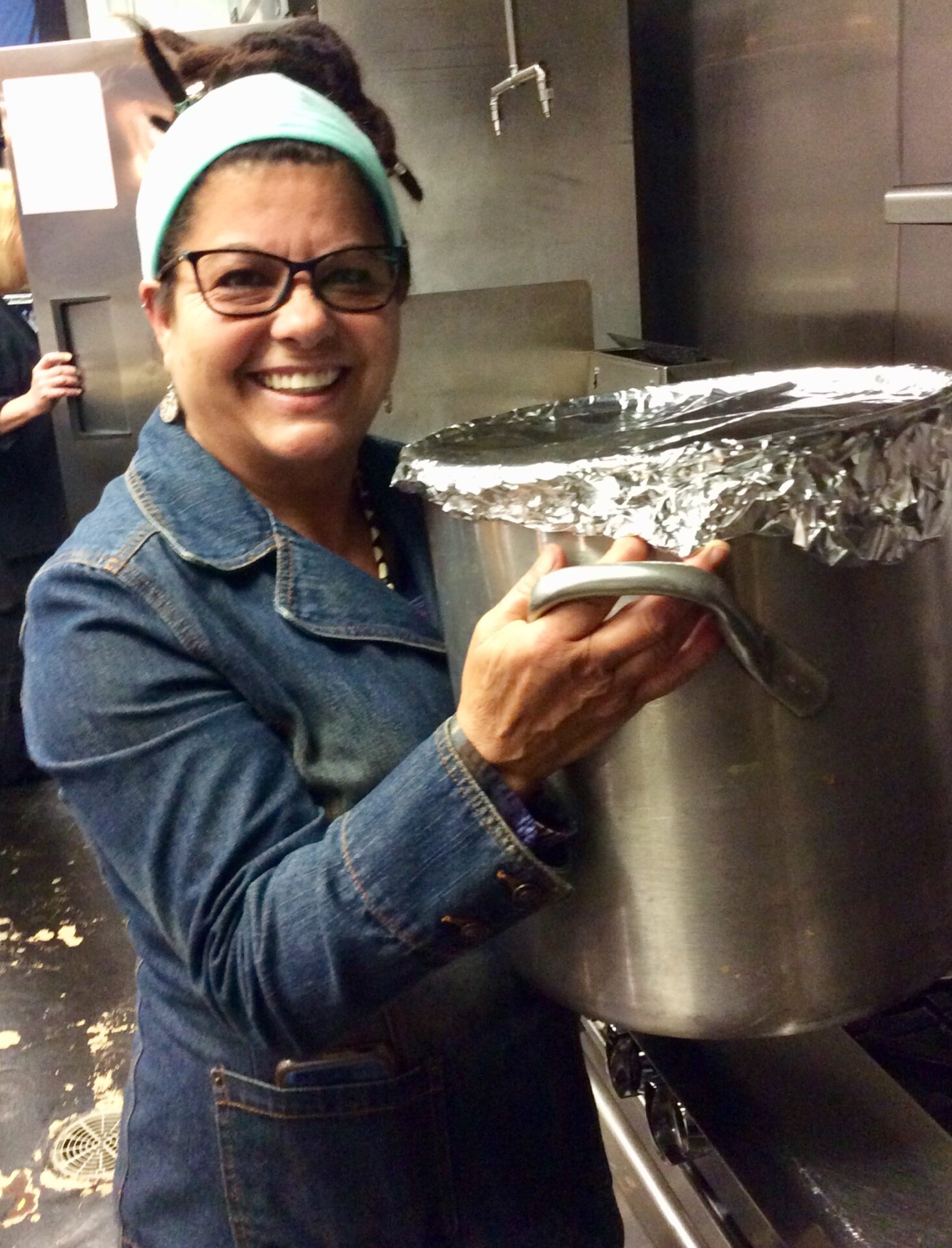 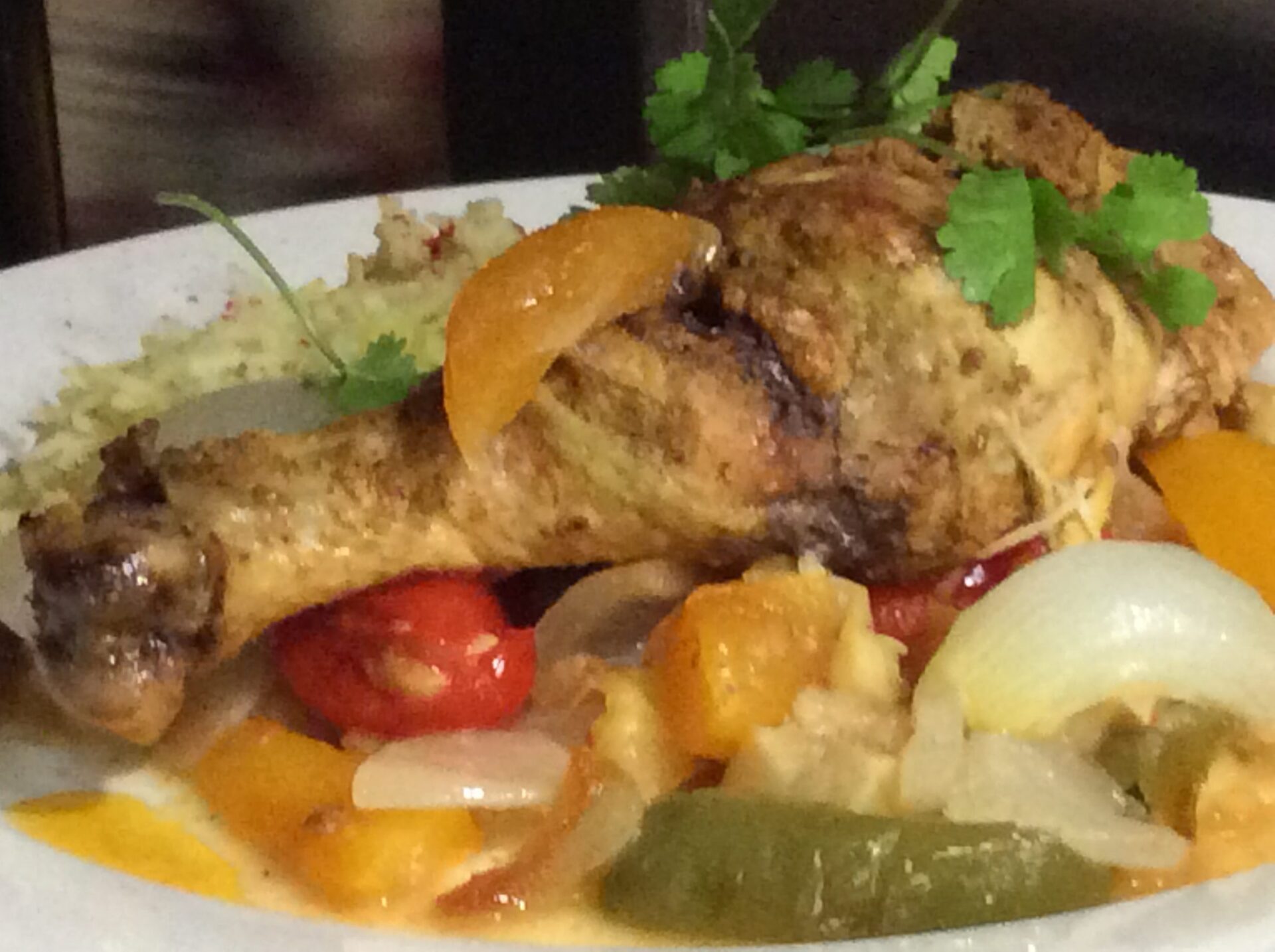 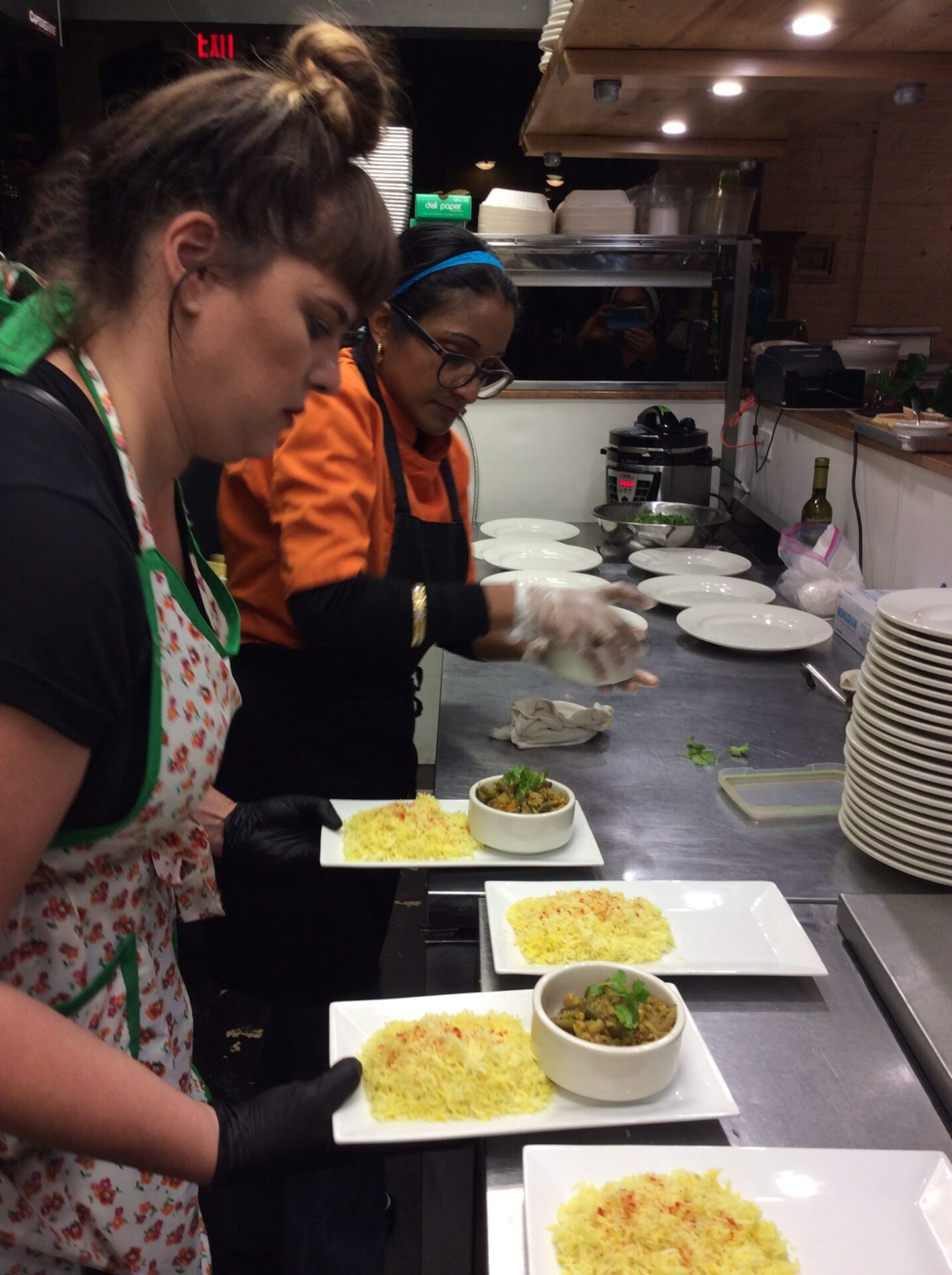 Farmers and supporters of the Artisan Alley Farmers Market joined forces in late January to stage a true farm-to-table dinner and raise some funds to help support and expand the Downtown DeLand Friday-night market.

“One of the purposes of the dinner was to involve our community in helping the market grow, so that it is able to, hopefully, in the future, be a resource for fresh local produce in surrounding communities that have extremely limited access to such produce,” Jennifer Brennan of Centro Tea Co. said.

Brennan was among the chefs for the dinner, and also donated Meyer lemons she grew.

The benefit was staged in BakeChop restaurant at 110 S. Artisan Alley. Owners Taylor Bass and Stevie Vermillion donated the space, and chef Bass was on hand to help cook, as well.

Part of the mission of the Farmers Market is to bring local produce — and knowledge about healthful eating — to a wider community.

Toward that goal, the Farmers Market incorporated as a nonprofit and began accepting Supplemental Nutrition Assistance Program, also known as SNAP or food stamps, for food purchases.

“After beginning to accept SNAP in November of 2017, we quickly realized that there was a lot of outreach work that needed to be done. It was not enough to simply accept SNAP at the market, just to say we do,” noted Maxwell Droznin, one of the Stetson University volunteers who has helped expand the market in this direction.

Currently, SNAP benefits account for about $1,000 worth of food purchased monthly at the Farmers Market. Droznin and the rest of the Farmers Market team are hopeful that some $1,600 raised at the dinner will help increase that participation, by funding further outreach and marketing efforts.