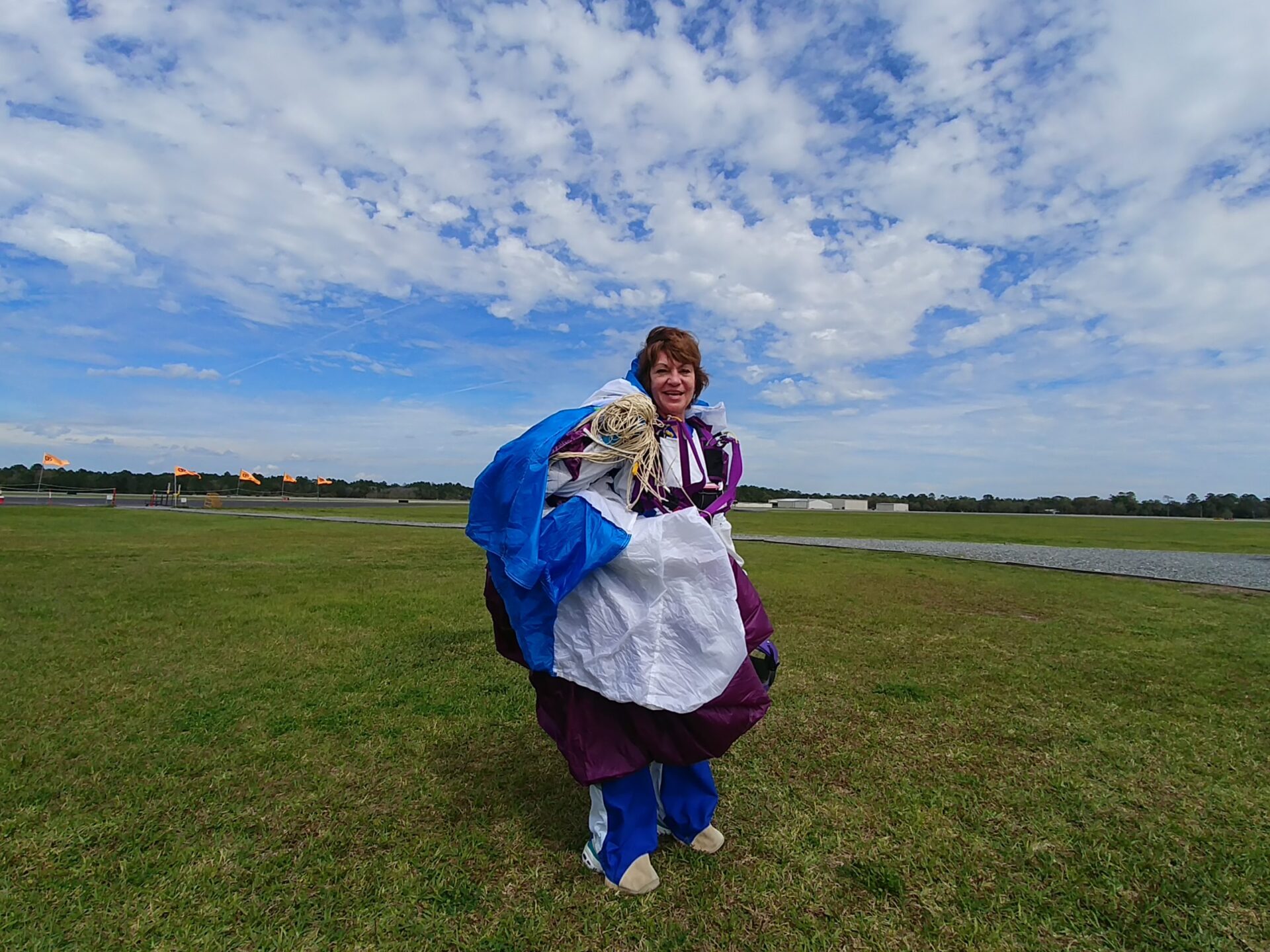 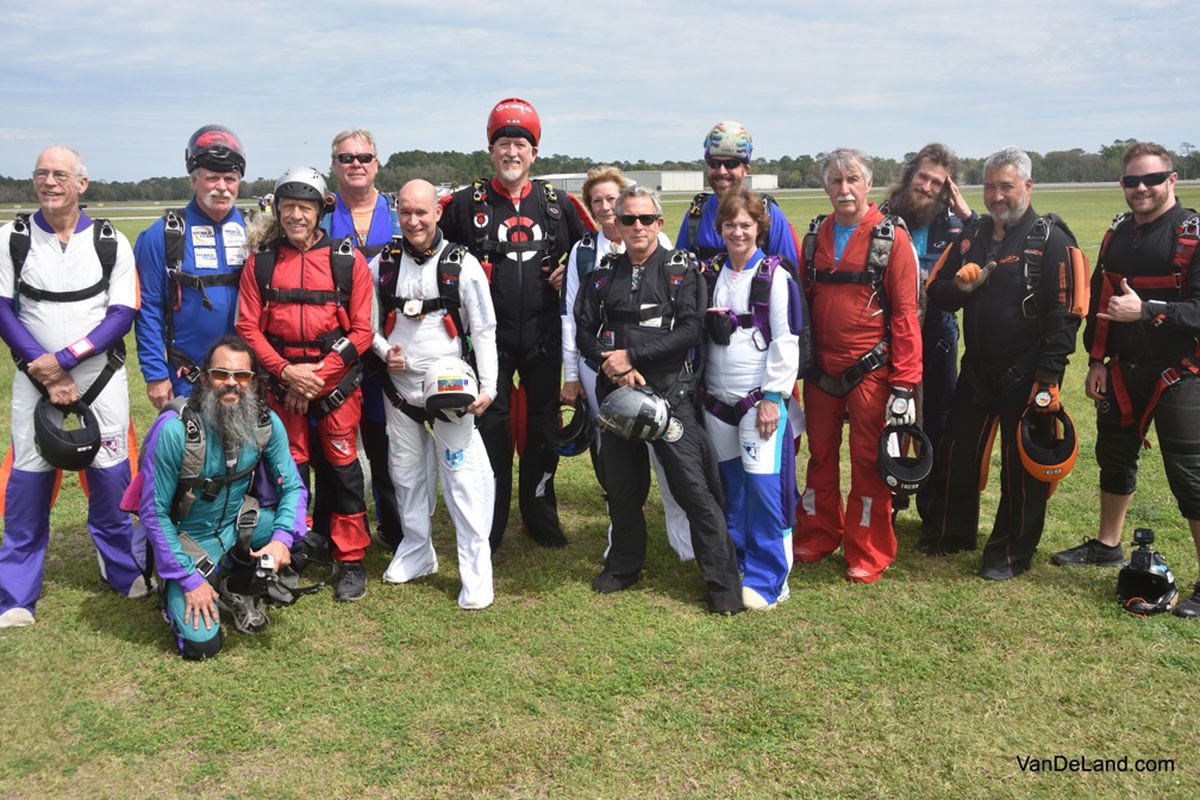 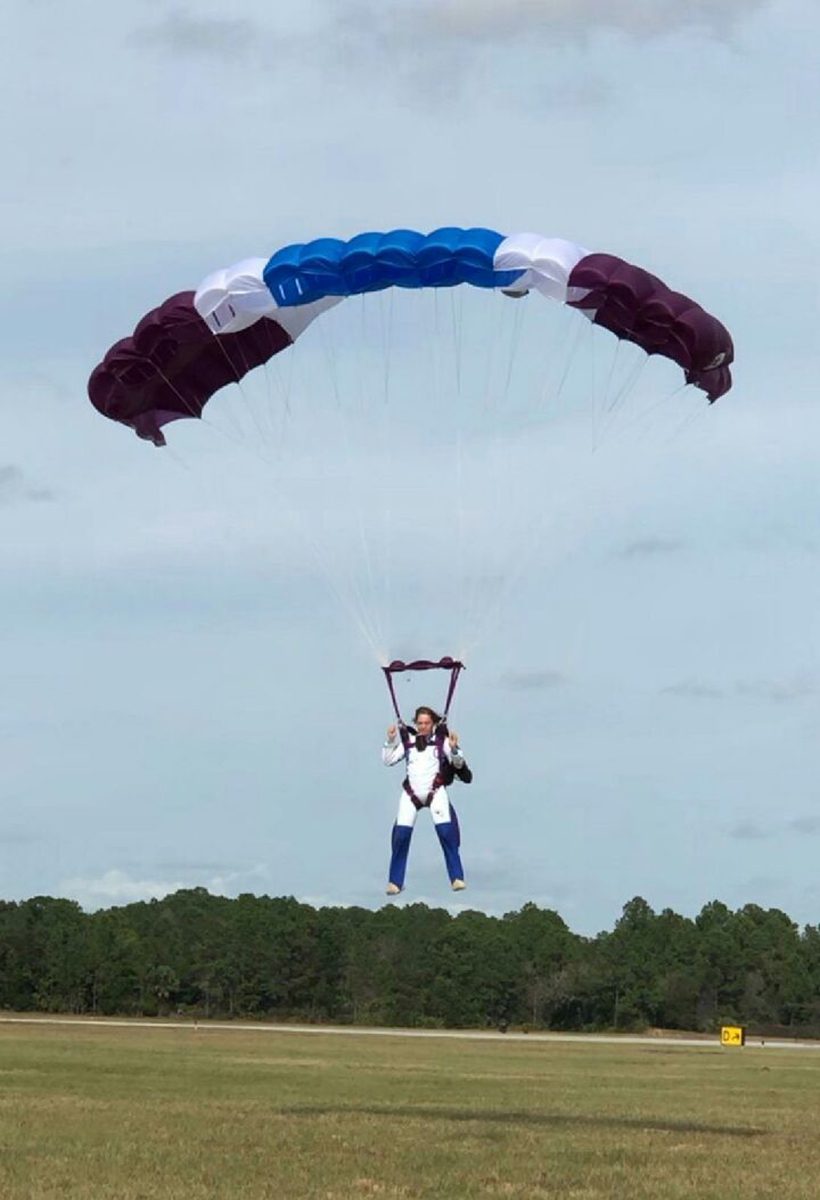 So many of us would not dare one skydive, perhaps especially if we were a mid-60s career woman. But that most definitely would not be how Cheryl Johnson feels about jumping out of airplanes.

Even amid the hustle and bustle of a busy Sunday at Skydive DeLand, the activities paused a little to celebrate a big milestone in Johnson’s busy life. She completed her 1,000th skydive, along with her husband and 13 other jumper friends.

“I wish you could have seen my landing! It was as perfect as I can do!” she bubbled on her return to Earth.

Completing 1,000 safe skydives is a tall order for almost anyone, but Johnson made it even harder by taking 29 years off from the sport to raise three daughters, all now grown and in their own careers.

She was a 20-year-old living in Minnesota when she was curious enough to go for her first skydive. Ron Johnson, president of the University of Minnesota Skydiving Club, was her instructor that day.

“Yeah, for me, it was pretty much love at first sight,” Cheryl Johnson said.

That first winter way up north, the couple jumped from a little four-passenger plane with no door and the freezing wind whistling through it. After they married in 1979, Ron and Cheryl Johnson had no doubts about moving to DeLand.

“This is such a famous skydiving metropolis, and that is the only reason we moved here,” she said.

While traveling the world, as far as Thailand, the big skydiving meet in Oshkosh, Wisconsin, and this year to Ukraine, Cheryl Johnson also has had a long career, 46 years as a nurse. For the past 39 years, she has worked in the emergency room under three owners at what is now AdventHealth DeLand.

How many skydives is she aiming for?

“Well, as many as I can get. It has been a big priority in my life. I logged 148 skydives last year,” 67-year-old Cheryl Johnson said.

What did she do, then, during those 29 years without jumping, while raising her three girls?

“Well, Ron and I got into competitive in-line roller skating after watching our daughter doing it. We wound up collecting 455 trophies, medals and plaques doing that. We donated them all to Special Olympics so they could re-badge them as prizes,” she said.

There was also skiing, and some other sports as well, but, for Cheryl Johnson, nothing can beat soaring among the birds and the clouds in the sky.