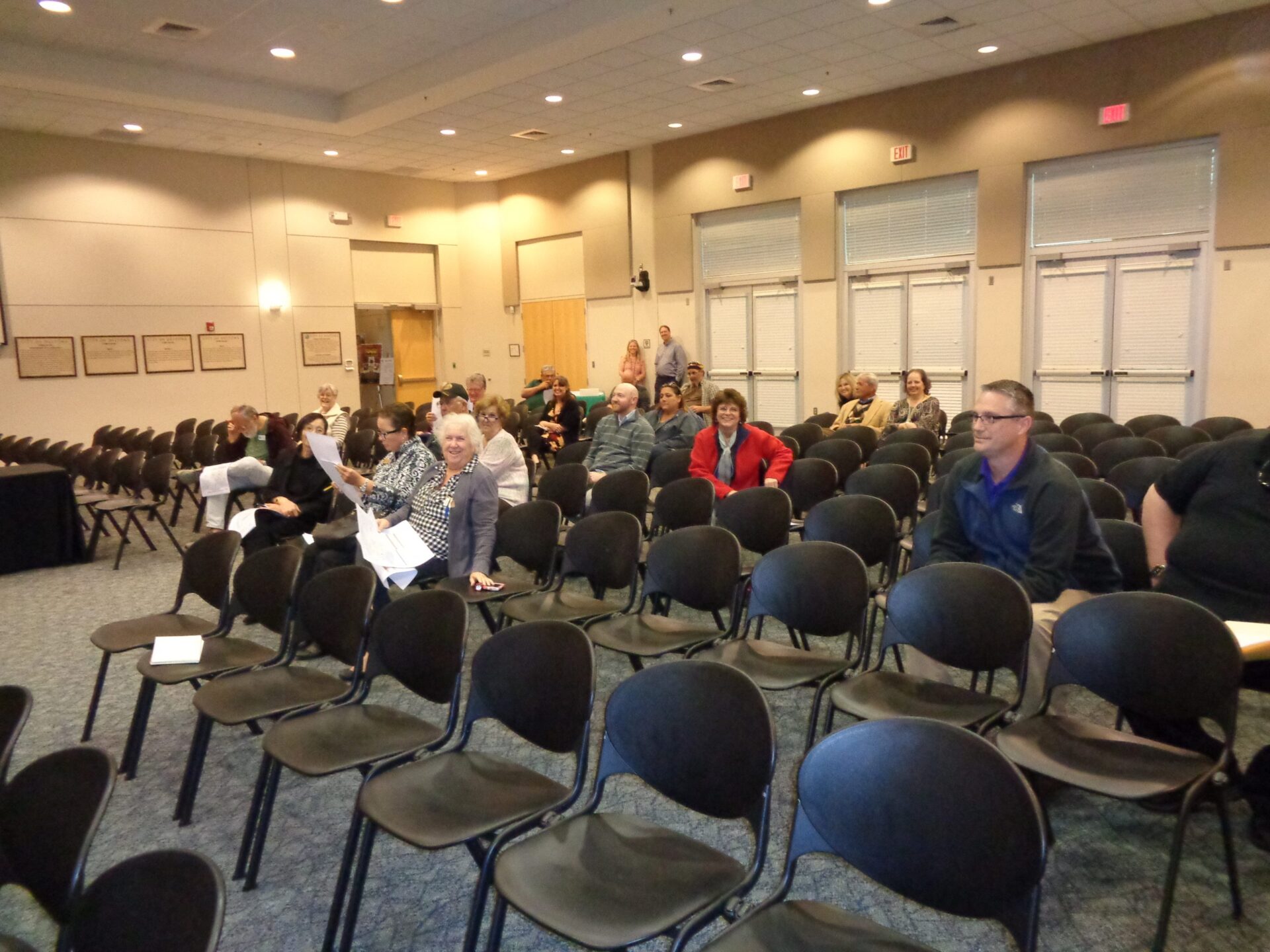 Volusia County’s road show featuring the proposed half-cent sales tax and how to spend the money derived from it came to Deltona March 7, and the show drew a scant audience.

Of those who did attend, public officials seemed to outnumber the average voters.

Deltona was the latest in a series of stops county officials are making to stir interest in the upcoming countywide referendum on the local-option sales tax.

The county’s voters will receive their ballots in the mail in May, and they must mark their choice and return those ballots to the county’s Department of Elections by May 21.

If approved by a majority of those taking part in the referendum, the half-cent sales tax will go into effect Jan. 1, 2020, and remain in effect for 20 years.

County leaders now say the add-on sales tax may yield approximately $45 million in new revenues each year during the life span of the levy.

The proceeds of the infrastructure sales tax will be apportioned among the county government and the 16 cities, and the new dollars may be spent only for transportation improvements and water-quality projects.

The extra sales tax would also raise the total sales tax in Volusia County to 7 percent, including the new tax, the base state 6-percent rate and a previously-voter-approved half-cent for school infrastructure

What’s in the infrastructure sales tax for Deltona?

Possible projects include four-laning Deltona Boulevard between Doyle and Enterprise roads, with an estimated cost of $13 million.

Catalina Boulevard may also be four-laned between Howland Boulevard and Lake Helen Osteen Road, at a projected cost of $5.8 million. City leaders also want to widen Courtland Boulevard between India and Howland boulevards, a project whose cost may be $5.5 million.

Water-related items include stormwater and flood-control improvements at various places around the city, such as improving the outfall ditches for lakes Gleason and McGarity.