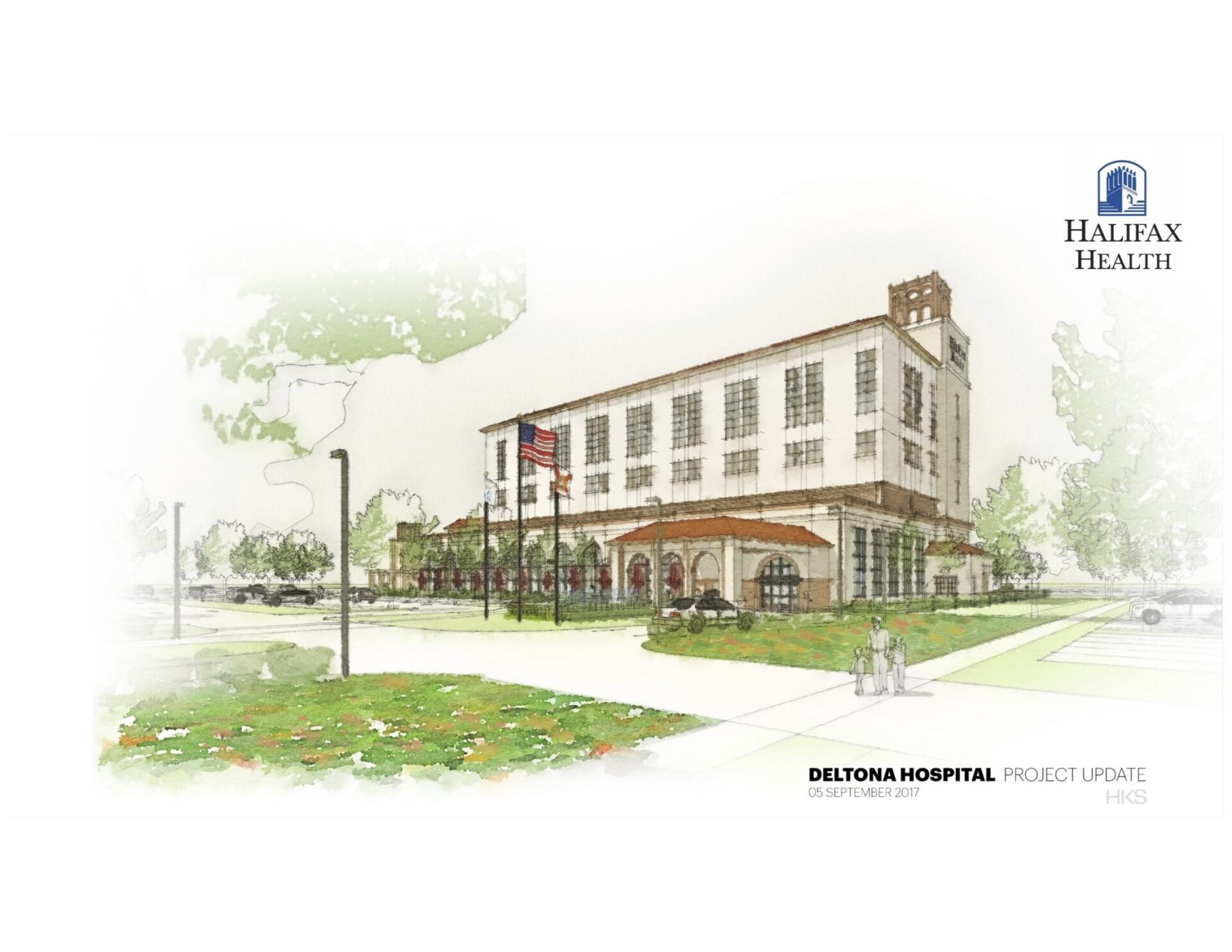 Halifax Health’s new hospital on Deltona’s north side is nearing completion and may be ready to welcome its first overnight patients before the end of this year.

The six-story, 90-bed hospital near the interchange of Interstate 4 and State Road 472 just off Howland Boulevard is in its last stages of construction, Halifax Health CEO Jeff Feasel announced.

“We’re going to be in Deltona, and we’re going to have a lot of good physicians and providers,” he told a group of invited guests at DeBary Golf & Country Club in early March.

Feasel’s announcement comes despite the unfinished lawsuit that was decided against Halifax Health.

Filed by a taxpayer, the lawsuit challenged the agency’s bid to extend services outside the state-chartered Halifax taxing district, which is in East Volusia.

The initial ruling against Halifax Health was appealed, but the appellate court upheld the Circuit Court’s decision. The case is now pending before the Florida Supreme Court.

While the adverse rulings did not stop construction of the Deltona facility, they did prevent a bond issue to finance the project.

Meanwhile, the Halifax Hospital District is asking to change the state law, enacted in the 1920s, that established the district. Halifax wants lawmakers to allow it to compete in health care markets outside its boundaries.

Halifax Health’s flagship hospital is in Daytona Beach, but it also has a hospital in Port Orange, as well as the one being built in Deltona.

The Deltona hospital began with Halifax Health’s opening of a free-standing emergency department in 2017. The Halifax Crossings campus in Deltona covers about 30 acres, and represents an investment of at least $150 million.

Feasel said the hospital will have the capability for future expansion, as the area grows.

“We’re not here to gouge this community,” Feasel said. “We’re here to create competition in assets.”

Besides the emergency department and the bed tower, Halifax is planning to construct at least one and maybe two medical-office buildings on the site.

The new Halifax Health hospital in Deltona will be a rival for AdventHealth — formerly known as Florida Hospital, which has hospitals in Orange City and in DeLand.

AdventHealth is building its own free-standing emergency department along Howland Boulevard, about a mile east of Halifax Crossings. In addition, AdventHealth Fish Memorial in Orange City is expanding to the tune of $100 million, with a new bed tower.