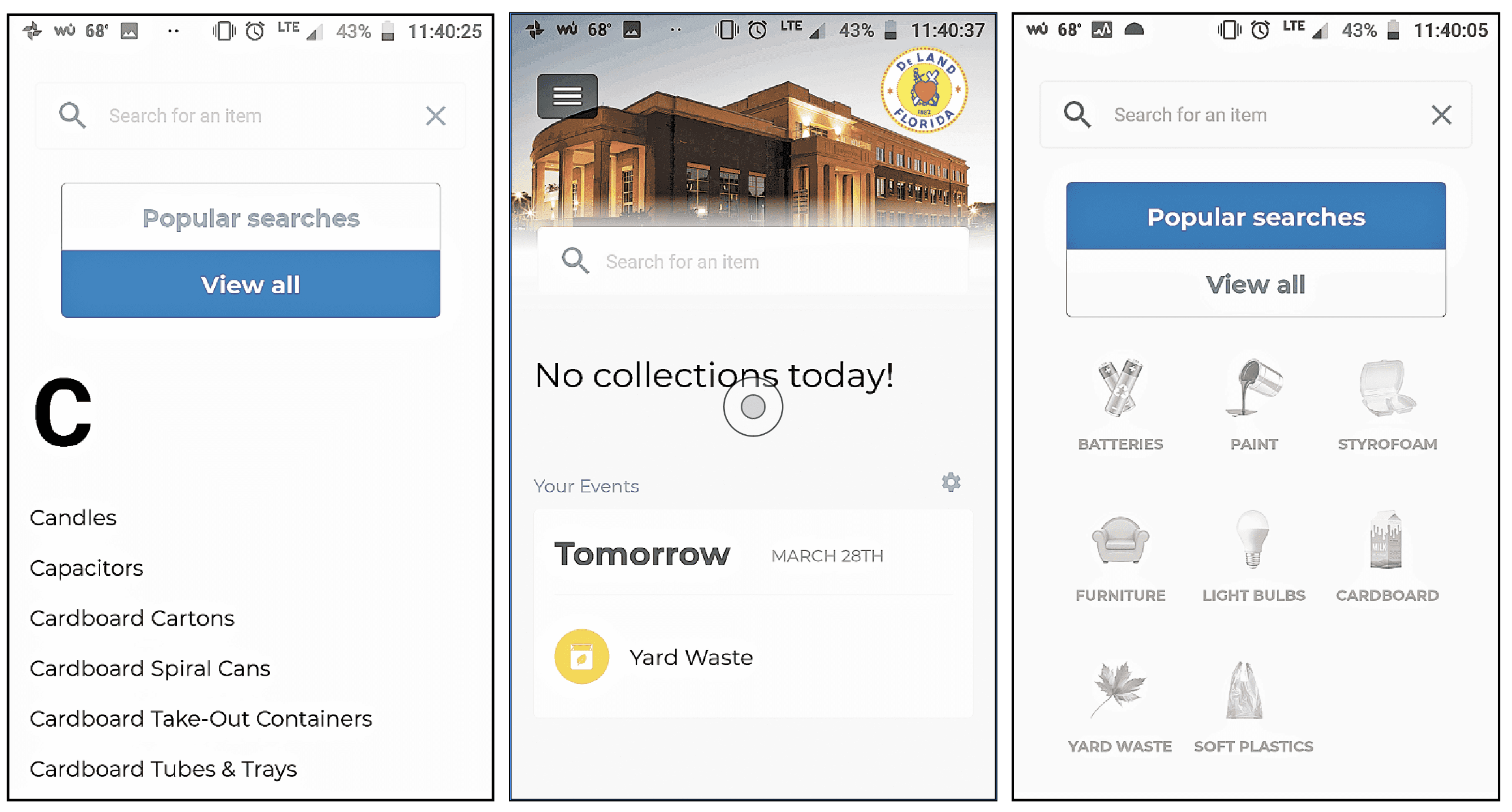 On the heels of its recent decision to keep its recycling program while slightly increasing the cost of the service, the City of DeLand is stepping up efforts to educate residents about how to recycle most effectively.

These efforts include the launch of a smartphone app, among other programs.

The education initiative, which officially began March 18 — Global Recycling Day — is meant to teach residents how to curb the contamination rate of the goods they put in their recycling bins. “Contamination” refers to mixing non-recyclable goods with recyclables.

Cities across the county, including those in West Volusia, have had to deal with rising recycling costs, due in part to international economic factors. As a result, the recycling that was once a revenue stream for municipalities is becoming more of a financial liability.

Historically, China has imported much of the world’s recyclables — more than 25 percent in 2017 — enabling processing companies like the Orange City-based GEL Corp. to offer cities rebates that would typically cover the cost of processing recyclable goods.

That changed last year, when China drastically tightened the rules around the discarded goods it would import, sending the global recycling market for many goods into a tailspin.

“One common misconception is that if it’s recyclable material, all you have to do is throw it in the recycling bin,” Public Works Director Demetris Pressley said. “But one contaminated item could ruin all of the recyclables, and they’ll be thrown away. The best policy is: When in doubt, throw it out.”

Part of the program includes a smartphone app, Recycle Coach, that has information on how to dispose of hundreds of household items.

The app, available for Android devices through the Google Play Store and iOS devices through Apple’s App Store, also provides reminders to DeLand residents about the schedules for pickup of trash, recycling and yard waste.

DeLand is the first West Volusia city to adopt the app.

With a few taps on their phone’s screen, residents can learn that foam packing peanuts, popped balloons and disposable alkaline batteries (but not rechargeable ones) should go in the trash; magazines, certain plastic bags and disposable plastic cups can be recycled; and that a special pickup is required if you’d like to get rid of your cast-iron bathtub, plastic patio furniture or box spring.

The app contains a, frankly, overwhelming amount of information on everything from “Adhesive tapes” to “Zipper-type plastic storage bags,” but it’s important to get recycling right, city officials said. A single contaminated item could ruin a load of recyclables, landing it all in the landfill.

The city’s educational effort officially ends on April 22, which is Earth Day.