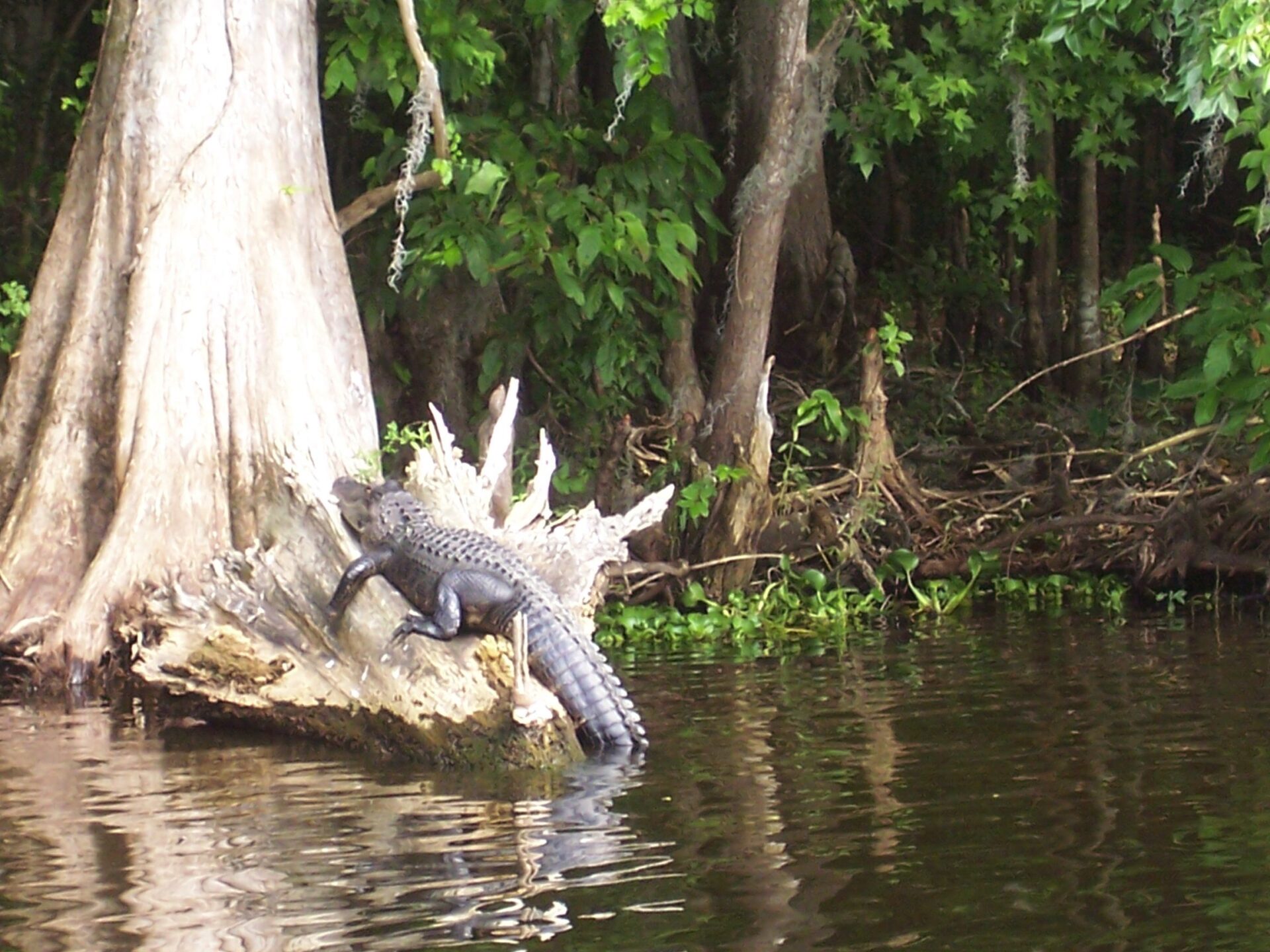 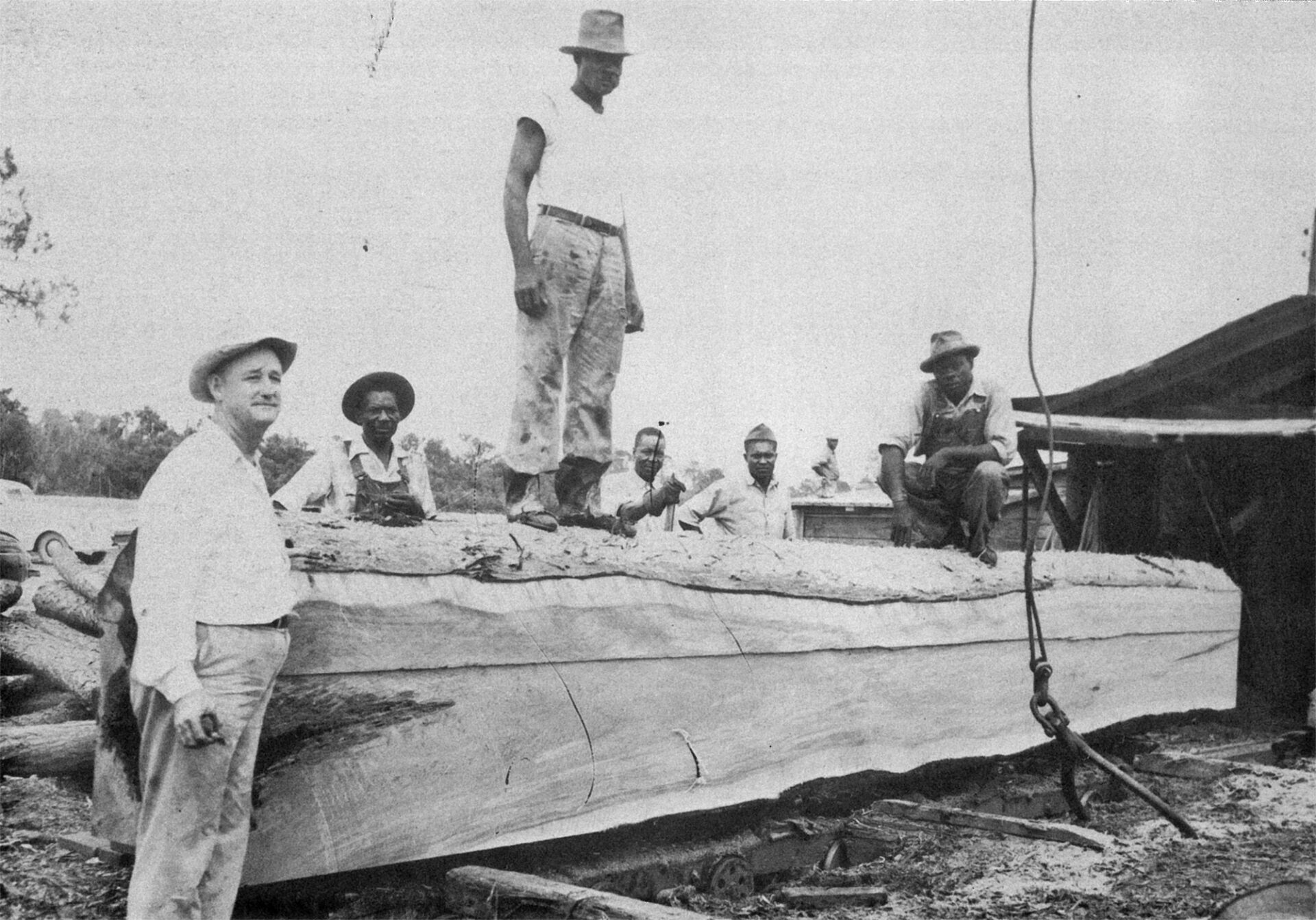 Before steam and the railroads, rivers were the rapid-transit systems of nations. Our beautiful city of DeLand is here mostly because of the St. Johns River.

DeLand started at Beresford Landing, where Capt. John Rich and others transported lumber from the huge virgin pines and other products of nature to cities of the North and other locales.

The river provided the means of smooth and steady bulk transport; the St. Johns was the highway of commerce and recreation.

For a time in the 1930s, my grandfather Floyd Lee Land was office manager at the sawmill camp of Osceola, along the shores of the St. Johns River.

The company was called Osceola Cypress Co. and (as the name implies) logged the giant, virgin cypress along the river. The camp and town of Osceola no longer exist, but it was there that my mother, Joy Frances Land, was born.

She told us many stories of her early childhood, lived among the rough-and-tumble of sawmill workers. She told us of giant alligators, huge cypress logs that were floated to the mill, and convicts who were leased from the State of Florida to carry out the hazardous work of cypress logging in the river swamps.

The convicts were locked up at night with leg irons. In her telling, they were mostly black men. She told of voodoo rituals carried out in the swamp environs, of the loggers’ fear of ghosts, and of the isolation of living in a remote settlement.

This was no Florida paradise. Without air conditioning and mosquito spray, Central Florida river swamps were difficult places.

Before effective termite treatment, cypress wood was considered to be almost termite-proof. This is not the cypress lumber you see today; it was timber that had been growing for centuries (sometimes millennia).

As it does today, cypress grew in groves of trees. The old ones were easily spotted from a distance, due to their immense heights.

Swamp cypress drank a lot of moisture. Since floating was the only way to get these logs out of the swamp and down the river, it was necessary to “dry” the tree first. This was done by “girdling” the base of the tree, chopping the bark all around and causing the tree to die by draining the fluid, thus making the wood buoyant. This process often took more than a year.

Logs that were too moist would sink to the bottom of the river. They were known as “sinkers,” and were recovered by locals throughout the last part of the 20th century, until the state put a stop to it, claiming possession.

Those who were lucky enough to recover and use this lumber say it has the best grain and strength available.

When I was in my teens, I was able to meet one of the loggers who worked with my grandfather. He explained the process of harvesting the giants.

Once the trees were girdled, the workers used steam dredges to cut a canal to the grove. At the end of the canal, they cut a cul-de-sac area. Within this circular area, they would anchor a barge with a “donkey” motor and large cable winch.

The cable would be run to the log, which was dragged to the canal and eventually out to the river. The winch could be positioned to pull logs from any areas facing the cul-de-sac.

Once in the river, the logs were floated on to the mill. Logs from Lake George and north would go to Wilson Cypress at Palatka; logs harvested south of the lake would go to Osceola Cypress.

Even today, as you travel the river and the various creeks, you see evidence of huge, cypress stumps. They are testimony to the giant cypress that once graced our wetlands.

— Bill Mancinik is a fifth-generation Floridian and a native of DeLand. He has been an active Realtor for more than 40 years.