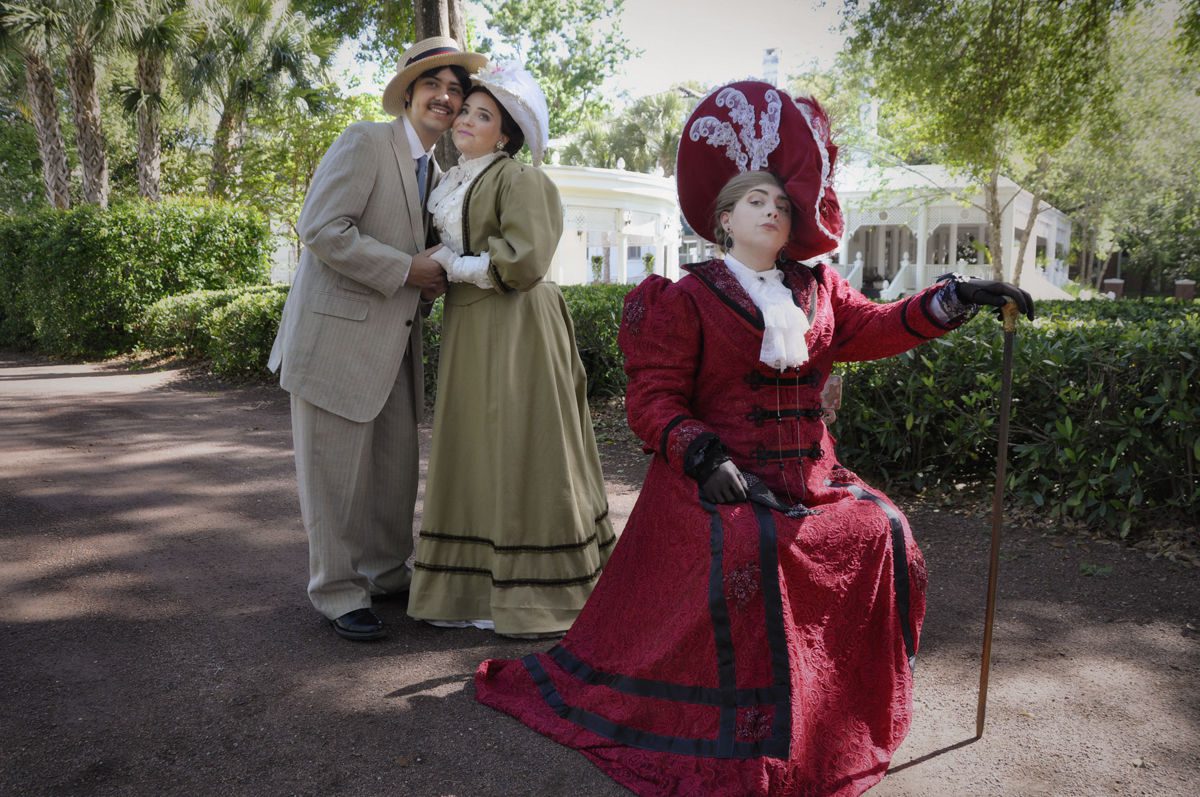 SPECIAL TO THE BEACON

Wilde’s farcical comedy of manners revolves around Ernest Worthing, a young, eligible bachelor and man about town. Ernest is in love with the charming Gwendolen Fairfax and wants her to be his wife. Gwendolen has waited all her life to marry a man named Ernest, and joyfully accepts his proposal so they can live happily ever after!

There’s just one problem: Ernest isn’t being very earnest at all! His real name is Jack, and he lives in the country. Plus, he is the guardian of his beautiful 18-year-old ward Cecily Cardew.

Whenever country life becomes boring, Jack sneaks into town during the weekends and pretends to be the wild and crazy guy Ernest in order to let off some steam. His alibi? He tells Cecily that Ernest is his rebellious younger brother, whom he must visit in order to save him from getting into trouble, all the while pretending to be the very same brother in town.

When Jack’s best friend, Algernon Moncrieff, discovers Jack’s secret life, he decides to raise the stakes by visiting the countryside and pretending to be Ernest in order to meet the lovely Cecily, who secretly fantasizes about Jack’s younger, bad-boy brother Ernest. When Jack returns to the country to legally change his name, he encounters the shock of a lifetime.

“Directing The Importance of Being Earnest has been a gratifying experience. It’s been a blast collaborating with Stetson University’s wonderful theatre program on this project,” said guest director Walter Kmiec, who hails from Orlando.

“This play is a masterpiece, and everyone has really risen to the challenge of infusing life into the fantastical world that Oscar Wilde created,” Kmiec continued. “No doubt if Oscar Wilde were alive today, he’d be blowing people up on Twitter to come see it!”

The play contains mature subject matter and language, and may not be suitable for all ages.

Tickets cost $12 for adults, and $10 for senior citizens and non-Stetson students, and are free for Stetson faculty, staff and students with a valid ID and for children age 12 and younger.

Tickets will be available at the door. Reserved tickets must be picked up 30 minutes before the start of the performance. The box office will be open one hour prior to curtain. Call 386-822-8700.