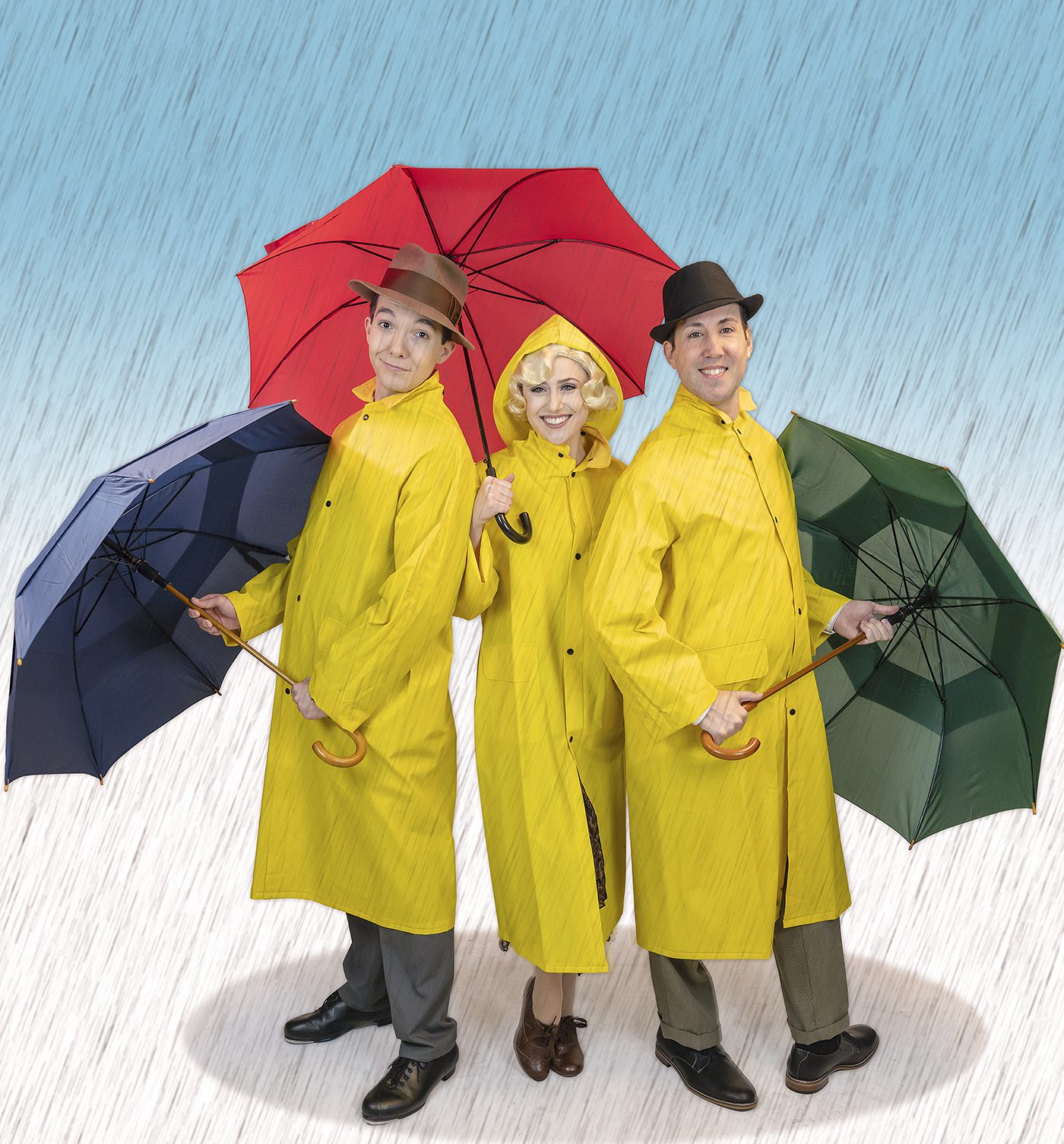 The Athens Theatre in DeLand will put a spring in your step as we turn back the clock and transform your gray skies to toe-tappin’ technicolor with our live and soggy Singin’ in the Rain, playing Friday, April 19, through Sunday, May 12. Those attending opening night will celebrate with a free champagne toast.

This production is dedicated to Norma Panasiti, a member of our Athens family, who recently took her final curtain call, and will be forever missed.

When Artistic Director Craig Uppercue announced the Athens Theatre would close our 2018-19 theatrical season with Singin’ in the Rain, we knew it was a finale that would make a splash.

At first, it was not apparent just what an undertaking this show would be. Soon, though, the depth of the puddle that we had stepped into became damply apparent. Now, after 12 months of planning with directors A.J. Garcia and C.J. Sikorski and their production team, having six short movies professionally filmed (by the amazing Studio Creative Group), months of choreography, and slews of sleepless nights sewing iconic costumes — we are ready to release the rain and let the applause thunder!

Frequently hailed as the best musical ever filmed, MGM’s 1952 movie Singin’ in the Rain has been faithfully adapted to drench the stage with all of the songs and dances fans have loved for more than 65 years.

When it originally splashed onto Broadway in 1981, Singin’ in the Rain won multiple awards, including two Tonys. Now, the staged musical will take Central Florida by storm and have audiences falling in love with this romantic comedy for the first or 50th time.

Like the movie, the play is a comedic love story set in Hollywood during the late 1920s, focusing on three stars and a budding actress caught up in the transition from silent films to talkies.

Nate Elliot (recently seen as Ted Hanover in Holiday Inn and Spider in Jekyll & Hyde) has plunged himself headfirst into the role of Don Lockwood (originally played by Gene Kelly). As his toe-tappin’, wisecrackin’ sidekick Cosmo Brown, we are proud to introduce Jonathan Dorsey, an award-winning choreographer who has danced and acted all over the country.

Lorelei Sandberg is perfectly painful in her portrayal of the shallow and shrill leading lady, Lina Lamont, and Madeline Regier’s velvet voice and tricky tap moves will leave no one guessing why she was cast as Don’s love interest, Kathy Selden.

“Good Morning,” “Make ’em Laugh,” “Beautiful Girls” and (of course) “Singin’ in the Rain” are just a few of the truly famous songs you’ll hear in this bright and sunny (while decidedly drenching) show.

Secure your seat for this rainy romp at the Athens Theatre, a fitting venue that successfully survived the transitions from vaudeville to silent films to talkies to technicolor, and now to live productions.

The Athens Theatre is at 124 N. Florida Ave. in Downtown DeLand.

To purchase your tickets in advance or for more information, visit the Athens Theatre website at www.AthensDeLand.com, or call the box office at 386-736-1500. Box-office hours are 1-5 p.m. Wednesdays-Saturdays, and one-and-a-half hours before live performances.